Genshin Impact to introduce a new Housing system in Update 1.5

by Alejandro Sandoval
The housing system will be accessible with a new feature known as the Serenitea Pot after you finish the Liyue’s main quests. Genshin Impact developer miHoYo has finally revealed all the info around Update 1.5 known as “Beneath the Light of Jadeite”, bringing a lot of content such as characters, weapons, new mechanics, quests, and more.

One of the main permanent features that will arrive with this update will be a new Housing system, where players can customize their own space and visit others using a new artifact.

Read further to learn all about this new feature. 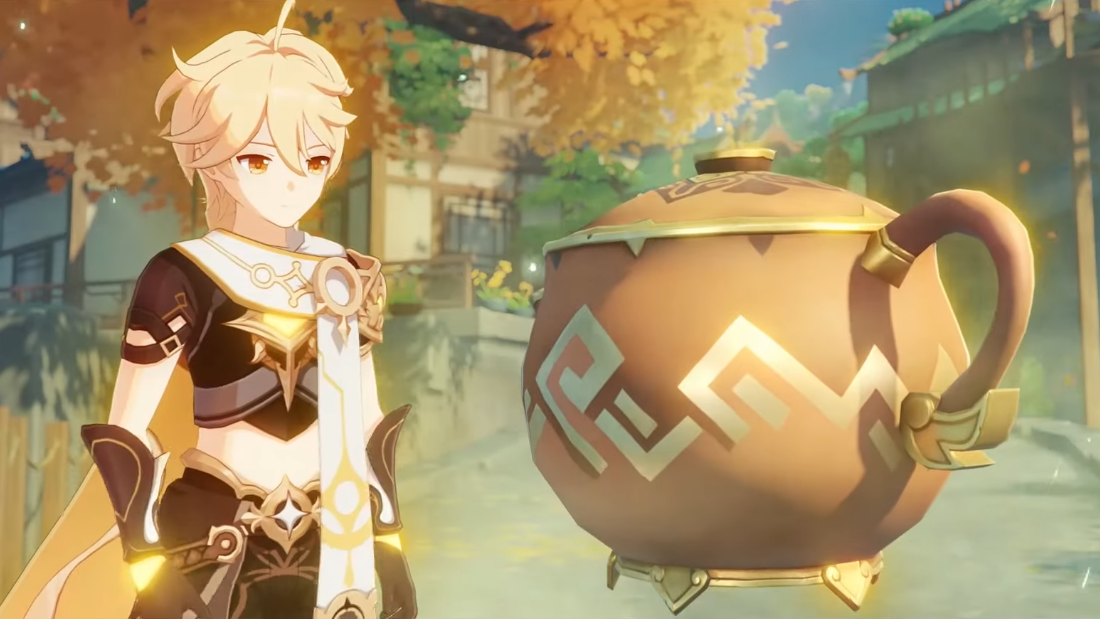 After helping the city of Liyue with its crisis during Chapter I Act III “A New Star Approaches”, the Adepti of Liyue will reward you for your hard work with a Serenitea Pot, an artifact similar to Madame Ping’s magical teapot you discovered during the main story quest.

This Serenitea Pot, also known as “Realm Within”, will be available through the Gadgets section in your inventory. To use it, you just have to put it in the world, and then click the option “Enter the Serenitea Pot” when being close to it.

Making this will transport you to a whole new interface, where you can choose between three different realm layouts: 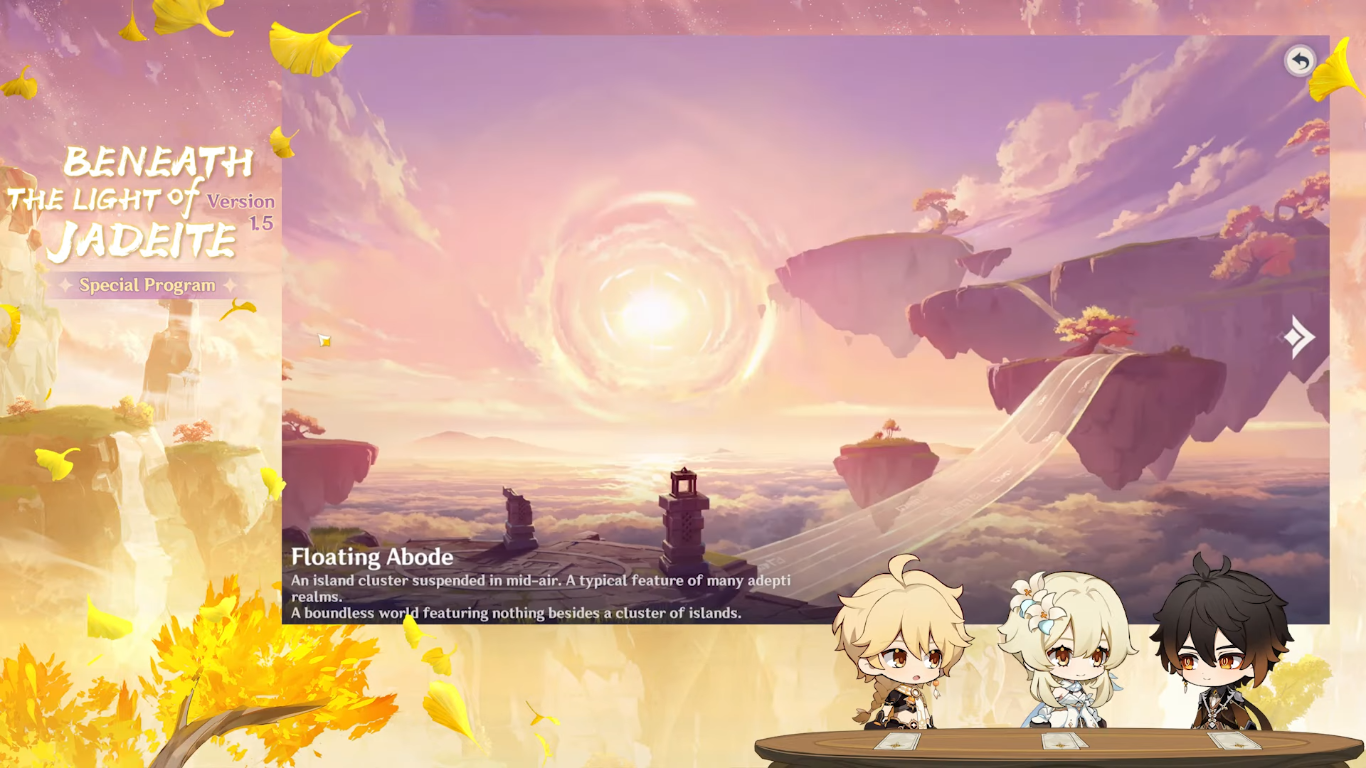 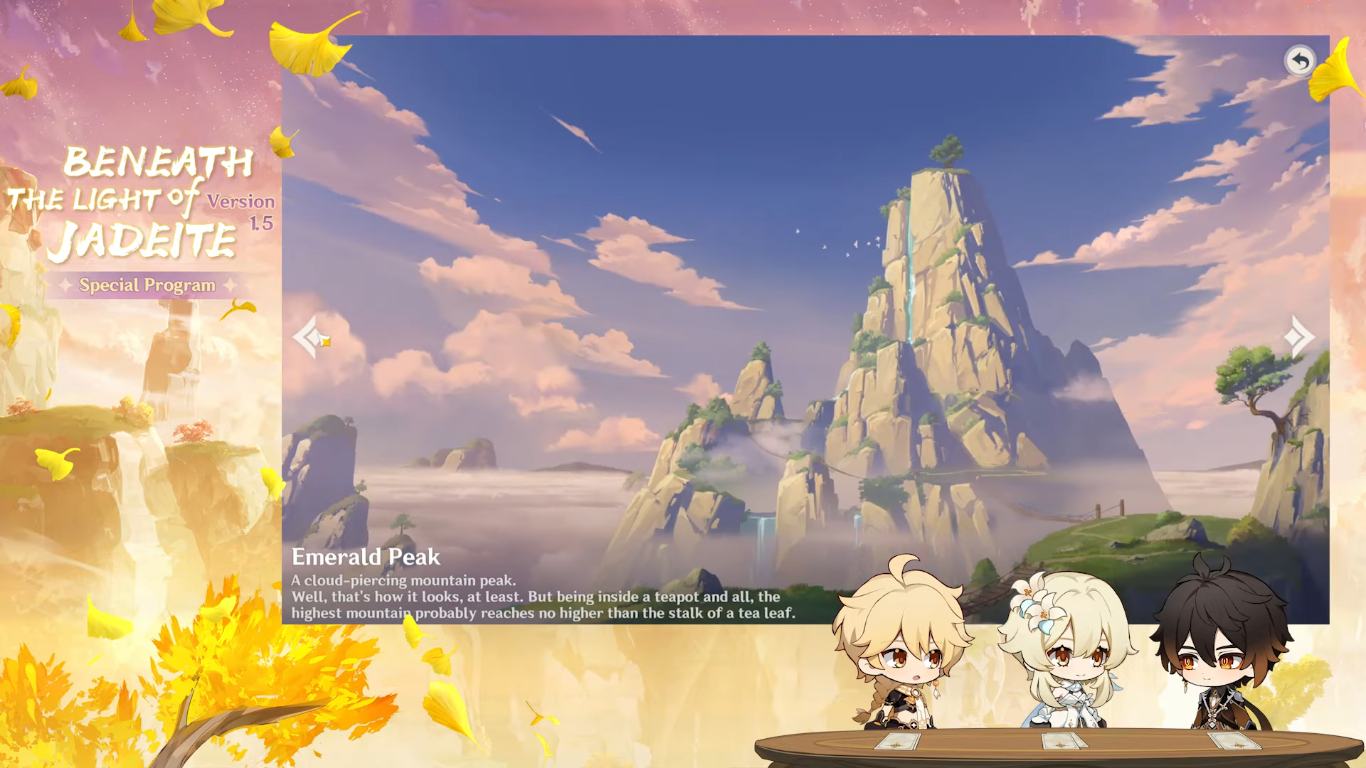 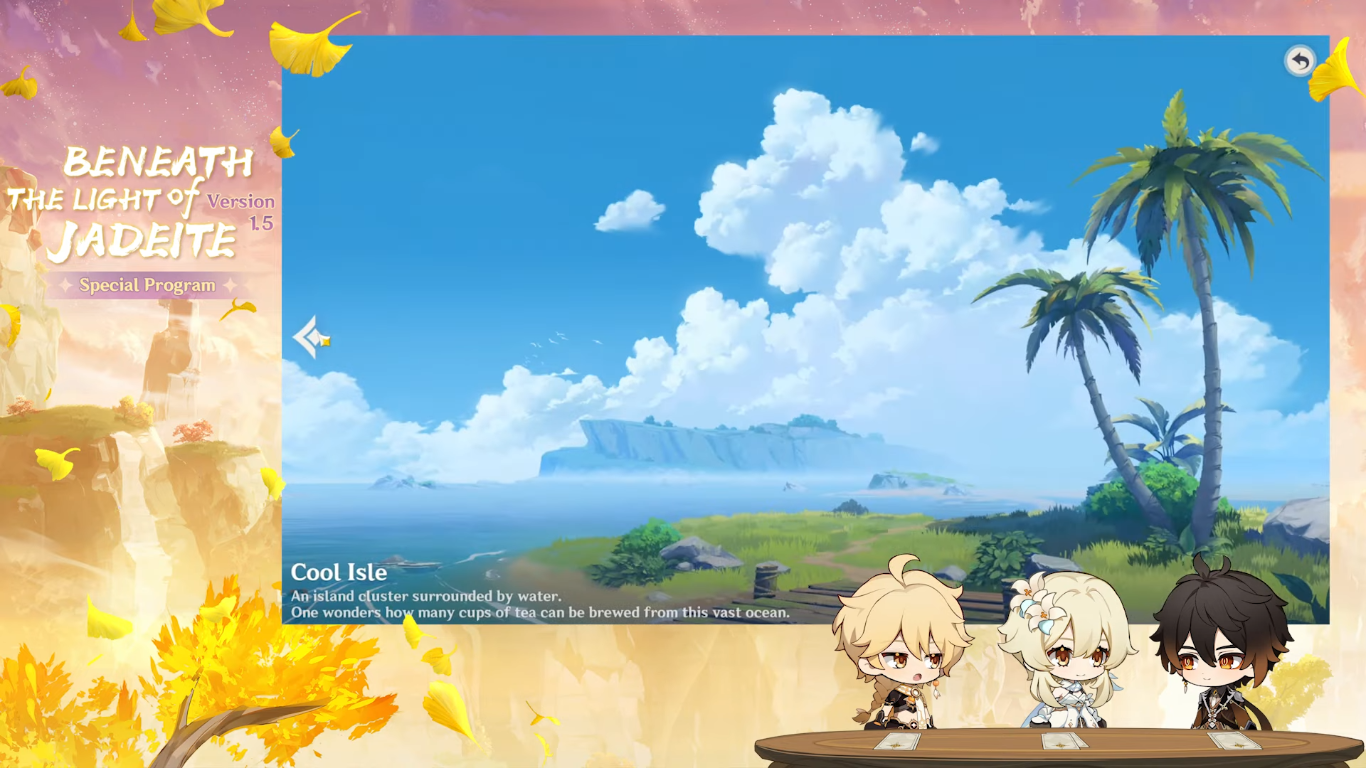 Meet Tubby, the one in charge of the Realm Within

After choosing any of this, you will enter your personal Realm where you will find Tubby, a Teapot Spirit who manages all the general affairs in the Realm Within, playing an important role in your Realm. 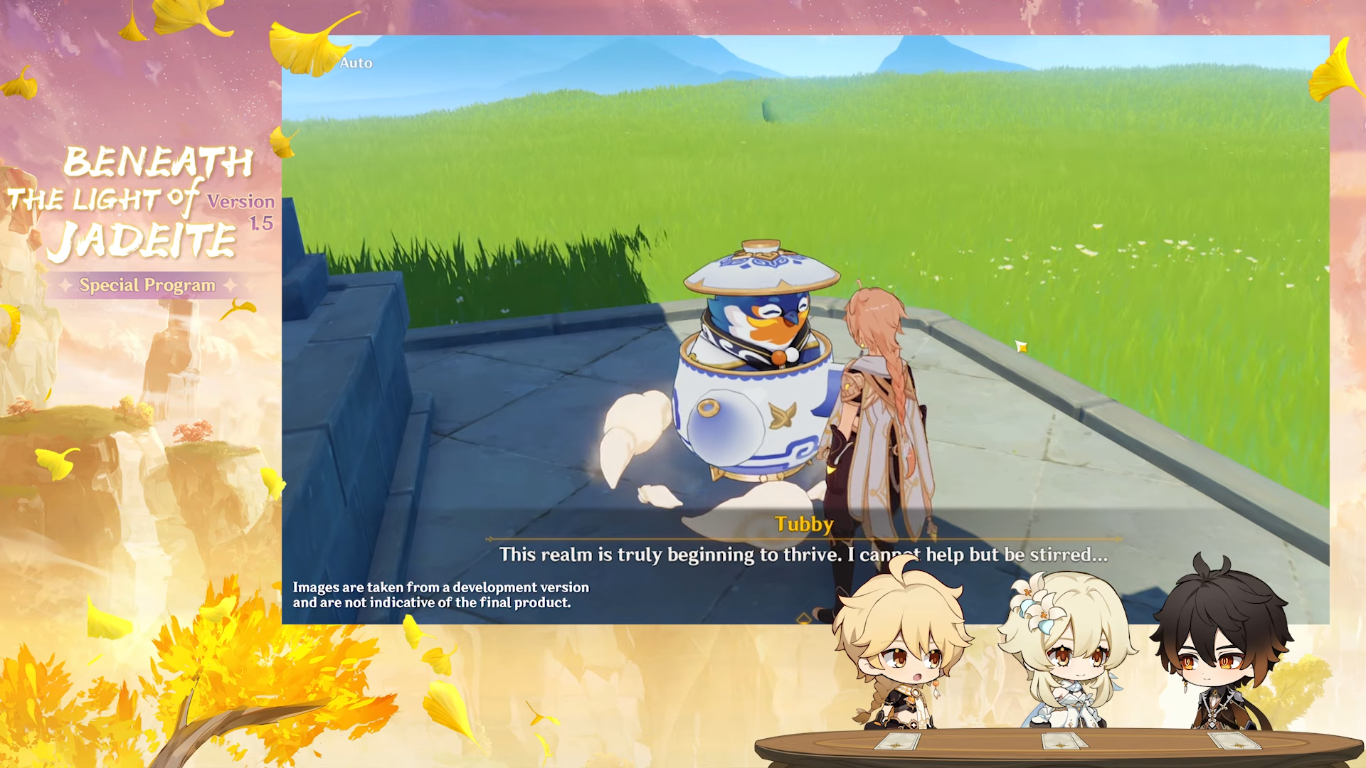 Inside the Realm you will have a new mechanic known as the Trust Rank, which will give you some rewards and unlock new features for your Realm, like maximizing your Realm Currency, increase the number of Realm Layouts available, even some Primogems and artifacts, and more.

To increase your Trust Rank, you will have to create new Furnishings to decorate your Realm, going from tables, chairs, lamps, etc. However, these will not be available that easy, as you have to collect various blueprints and materials from different sources and spend a new currency. 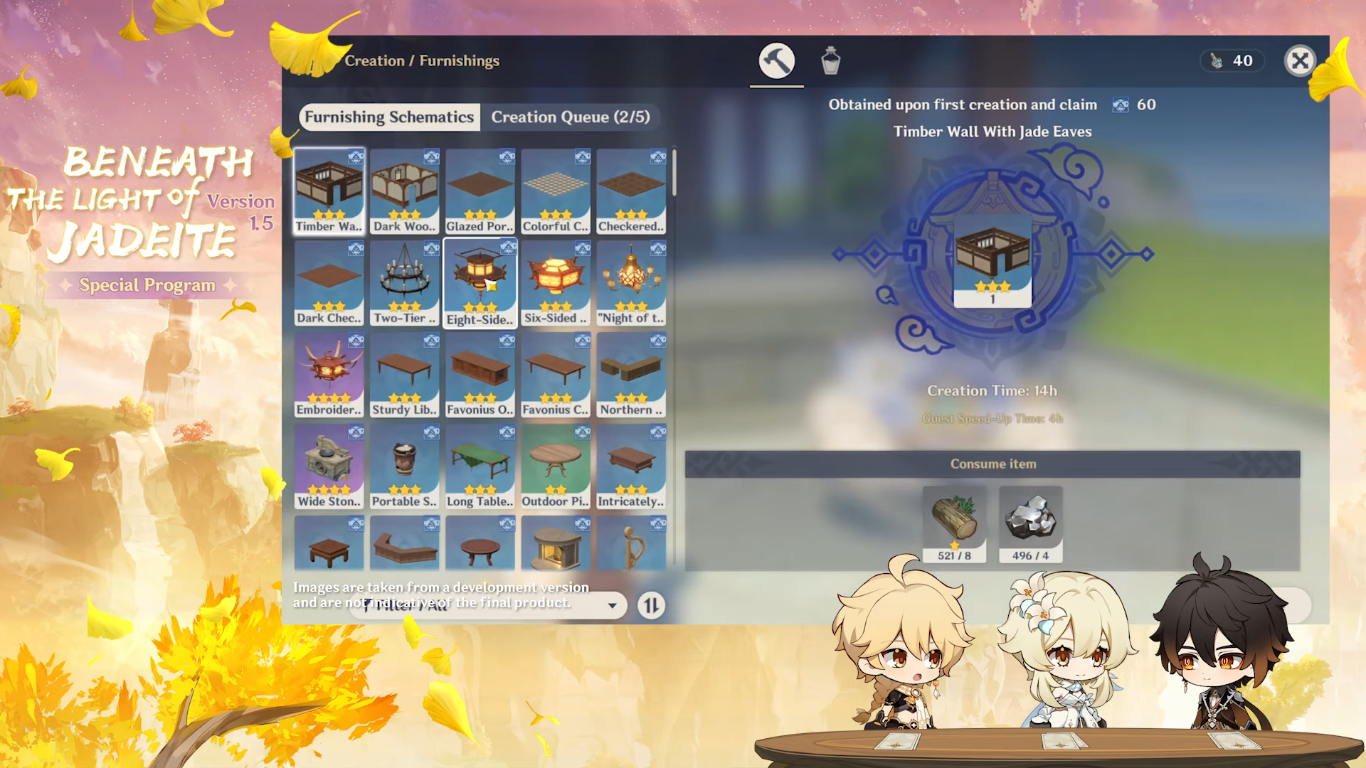 This new feature, simply called Realm Currency, will allow you to not only buy more furnishings and decoration but also to buy materials to build them or to upgrade your characters and weapons.

Build your own personal kingdom

The Serenitea Pot will be a large personal realm that players may manage, where they can take their time considering how to decorate the space and make it feel like home. 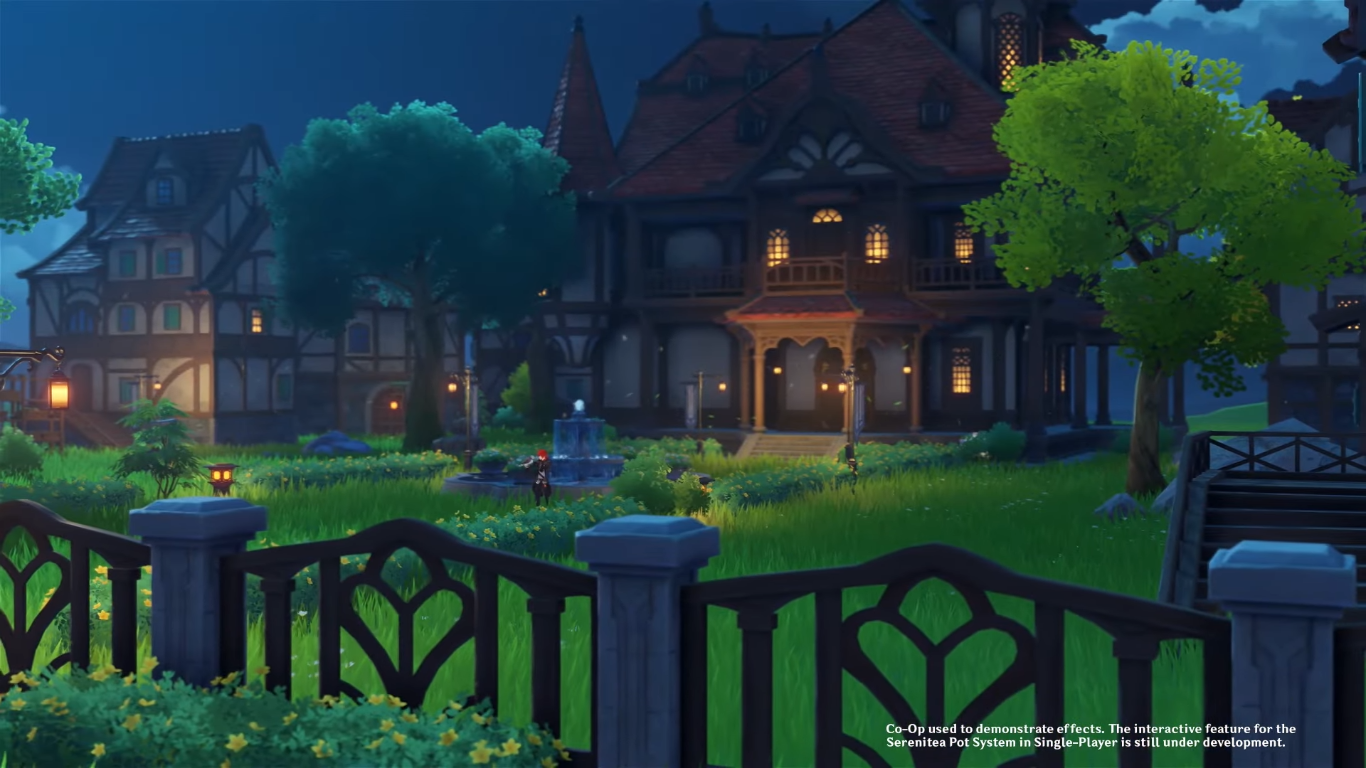 Along with that, you can also apply to enter your friends’ Realm to visit them or even get some inspiration for your personal decoration.

You can also create views outside the house and arrange the layout of furnishings, making it feel like your own town or domain. All this will also increase your Adeptal Energy, enabling the Realm to produce more Realm Currency. 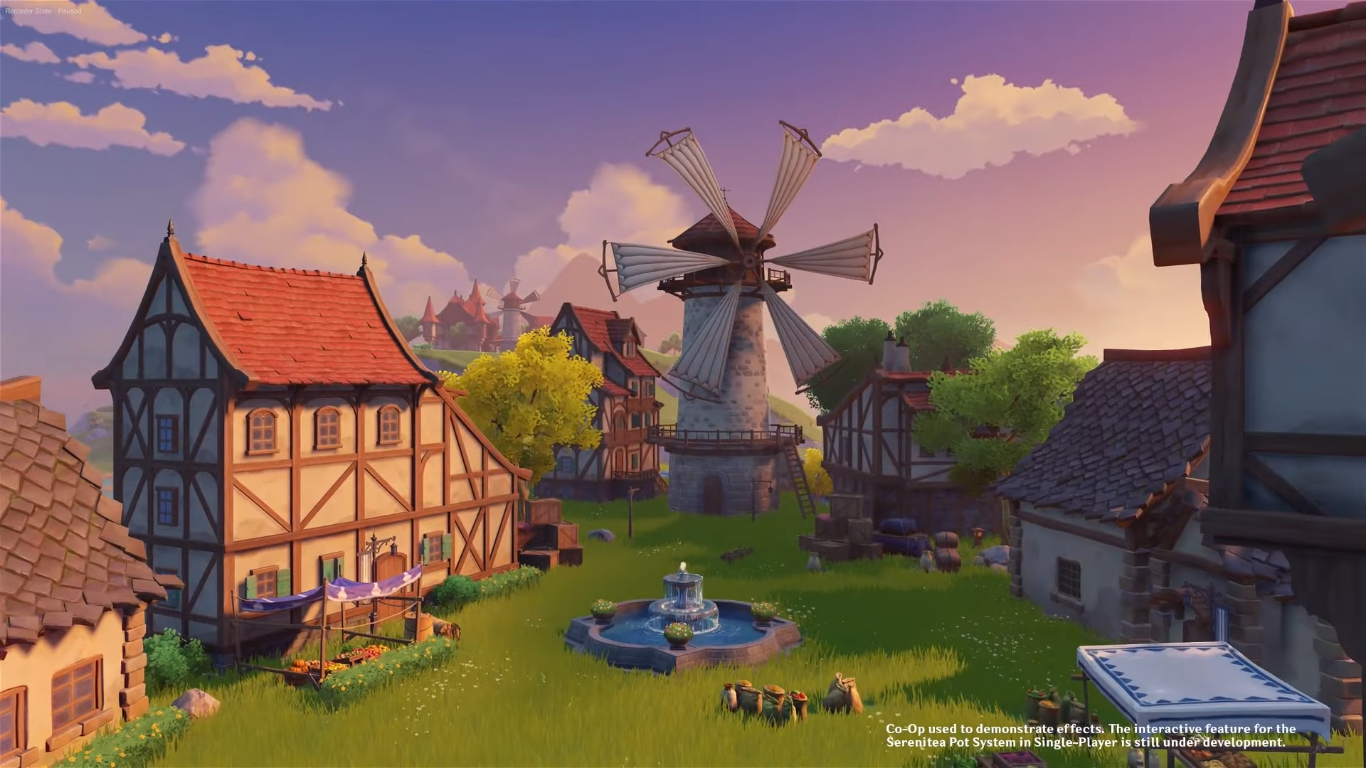 The Serenitea Pot will be available with Genshin Impact’s Update 1.5 on 23rd April.