PS5 overheats while being displayed in an electronics store

by Andrés Aquino
Well, that's a nice way to find out the PlayStation 5 will let you know when it's overheating As the dawn of the new console generation is upon us, consumers are eager to see the Xbox Series X and PlayStation 5 in action, with some going to specialised stores to see the systems first-hand.

While Sony has confirmed the PS5 won't be available in-stores at launch, that hasn't stopped retailers from showcasing the system in their gaming sections, displayed in all its glory for fans to check out... when they work that is.

As it turns out, a Twitter user by the name of Xzyliac got ahold of a PS5 system at a Best Buy that was in display, protected by a small transparent box that prevented the ventilation system from doing its job.

"There’s a Series X and a PS5 on display at my Best Buy and the Series X is actually way smaller than I expected which is kinda funny," she said initially.

Xzyliac would follow up with a picture of the overheated PS5 and a simple "lol" caption that perfectly sums up our feelings as well. Maybe give this behemoth of a machine some room to breathe, Best Buy? 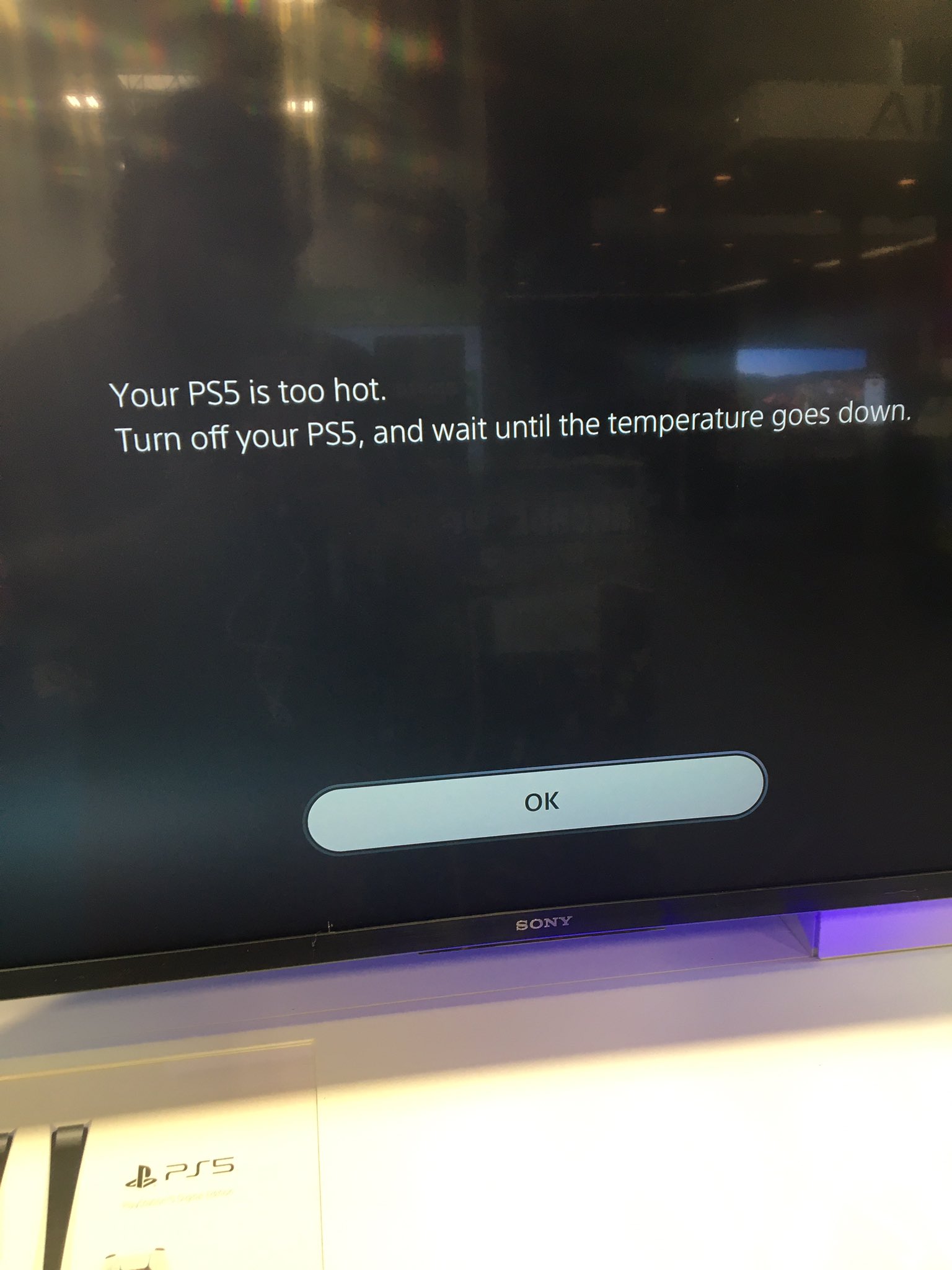 The heating problem will be a point of contention for many weeks following the release of both consoles, as early editions of new hardware tend to come with faults that could potentially be damaging. Red Ring of Death, anyone?

In any case, it appears that neither the Xbox Series X or the PlayStation 5 will have serious overheating problems, assuming users have proper accommodation for their new systems, as early reviews dismiss these concerns.

For more on the PS5, why don't you check out everything the new Dual Sense can do.