Wessel Minnie
Everything Dota 2 esports fans need to know about the Singapore Major, including the schedule, how to watch all the action, teams, format and prize pool. Published on March 23rd, 2021
Since the start of the COVID-19 pandemic, we haven't seen a Dota 2 Major take place, nor did The International take place in 2020. At the end of March 2021, we will finally see the first Dota 2 Singapore Major take place.

The Singapore Major, from One Esports and presented by PGL, is the final tournament of the Dota Pro Circuit (DPC) 2021 Season 1. Here's everything you need to know about the Dota 2 Singapore Major, from how to watch the action, to the full schedule, the prize pool all the teams will be fighting for and the format.

There's a prize pool of 500,000 USD up for grabs at the Singapore Major, as well as 2,700 DPC points to get teams closer to qualifying for The International 10.

18 teams will compete for a shot at a piece of the huge prize pool, which should make the Dota 2 Singapore Major an extremely exciting tournament to watch.

The Dota 2 Singapore Major is scheduled to begin this Saturday, 27the March with the Wild Card stage. The tournament will end on 4th April 2021 with the Grand Finals. Each day, the action will kick off at 02:00 GMT.

Not all teams will even make it to the group stage, as the Wild Card stage will see only two of the six teams in this section advance. The playoffs will, of course, feature a double-elimination bracket format, with all matches being best-of-three, with the exception of the best-of-five grand finals.

Now that you know the format, we can take a look at the Dota 2 teams featured in the Singapore Major.

Depending on their position in the DPC 2021 Season 1, these teams have qualified for various parts of the tournament. In an update from organizers earlier this month, the tournament organizer announced that due to safety reasons, no spectators will be allowed in the venue during the tournament.

This means you won’t see fans in the crowd cheering on their favourite Dota 2 teams. However, you will see some of the best talent in the business bring you all the action. It is clear the Singapore Major will feature some of the best Dota 2 hosting and casting talent in the business.

How to watch Dota 2 Singapore Major

To catch all the action, you can tune into a 4K broadcast on One Esports’ YouTube channel once the Singapore Major begins. Alternatively, you can watch the 1080p stream on either Twitch or Facebook.

We've embedded the One Esports Twitch channel below for your convenience. 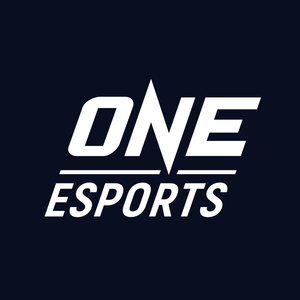