In collaboration with Gamers Without Borders, PUBG Corp. is organizing a charity PUBG Mobile event called PUBG Mobile World Invitational 2021. With a massive charity prize pool of ,000,000, the tournament will begin on 22nd July 2021 and span across four days. During this period, 32 invited teams from all around the world will be equally divided into two divisions, Western and Eastern, and compete for the glorious PMWI 2021 trophy.

All the invited teams will fight against each other in a total of 20 matches over four days, and each day will feature five matches. Since it’s a charity event, $80,000 will be spread among the winning teams and the rest $1,500,000 will be donated to charity. From the list of invited teams to the event schedule, here’s everything to know about the PUBG Mobile World Invitational 2021 tournament.

As mentioned previously, PMWI 2021 features 32 teams in total that are further divided into two divisions. Here’s the list of teams that will be competing in the PUBG Mobile World Invitational.

PUBG Mobile teams from SEA, South Asia, Korea, Japan, TW/HK/MO, and Wildcard will battle against each other in the PMWI East Division.

PUBG Mobile teams from Europe, Middle East & Africa, and the Americas will battle against each other in the PMWI West Division.

The tournament will be played on the Erangel, Sanhok, and Miramar maps. At the end of day four, the team with the highest points will be declared the champion of the PUBG Mobile World Invitational (PMWI) 2021.

PMWI 2021 features a massive prize pool of $3,000,000. The winner of each tournament will be able to choose from multiple Humanitarian Aid organisations to receive its prize pool share ($1.5 million) with the PMWI supporting Gamers Without Borders mission of fighting COVID-19.

A total of $80,000 will be distributed evenly among the winners.

Here’s the prize pool distribution of the tournament:

PMWI 2021 will be live-streamed on the official YouTube channel of PUBG Mobile Esports on the dates mentioned above, as well as the Twitch channel. We've embedded the latter below for your viewing convenience.

The first broadcast will air on the 22nd of July, and organizers will broadcast the tournament’s final day on the 25th of July. 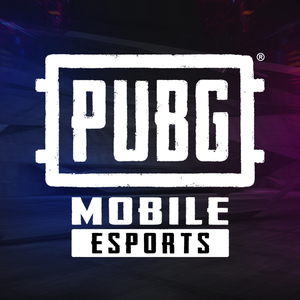 In addition to this, players can also catch the live action at PUBG Mobile Esports’ official Facebook and Nimo TV social media handles. PMWI East will go live at 10:00 AM (GMT+ 0), whereas PMWI West will begin at 2:30 PM (GMT+ 0).