Published on May 10th, 2021
Tomorrow sees the start of the biggest tournament in the Rainbow Six: Siege esports calendar, the Six Invitational, the culmination of a year of regional events, 18 teams have made their way to Paris to compete for the title of world champion.

The fact that the event is going ahead at all, as the world slowly opens up after near worldwide COVID-19 suppressing lockdowns, is a testament to the desire to give these teams the opportunity to test themselves against the best and finish the season as it was intended.

It obviously wasn't going to be without its troubles though, international travel is a logistical nightmare with different countries having a myriad of restrictions being placed on those leaving and arriving. It's such a situation that has already cost two teams their place.

For the teams that have arrived in France from all corners of the globe, you can only imagine the relief they must be feeling, the improbable made reality, all because the players are effectively living and playing within a bubble, and outside of training and playing the games, they will reside in their hotel rooms with meals delivered to their door.

And you might be thinking: that doesn't sound too bad... playing pro Siege, being fed in a French hotel, what's not to like?

But you'd be wrong, pictures shared by a number of North American players show sub-standard meals and mouldy fruit being served up to the players and it's beginning to cause quite a stir on social media. 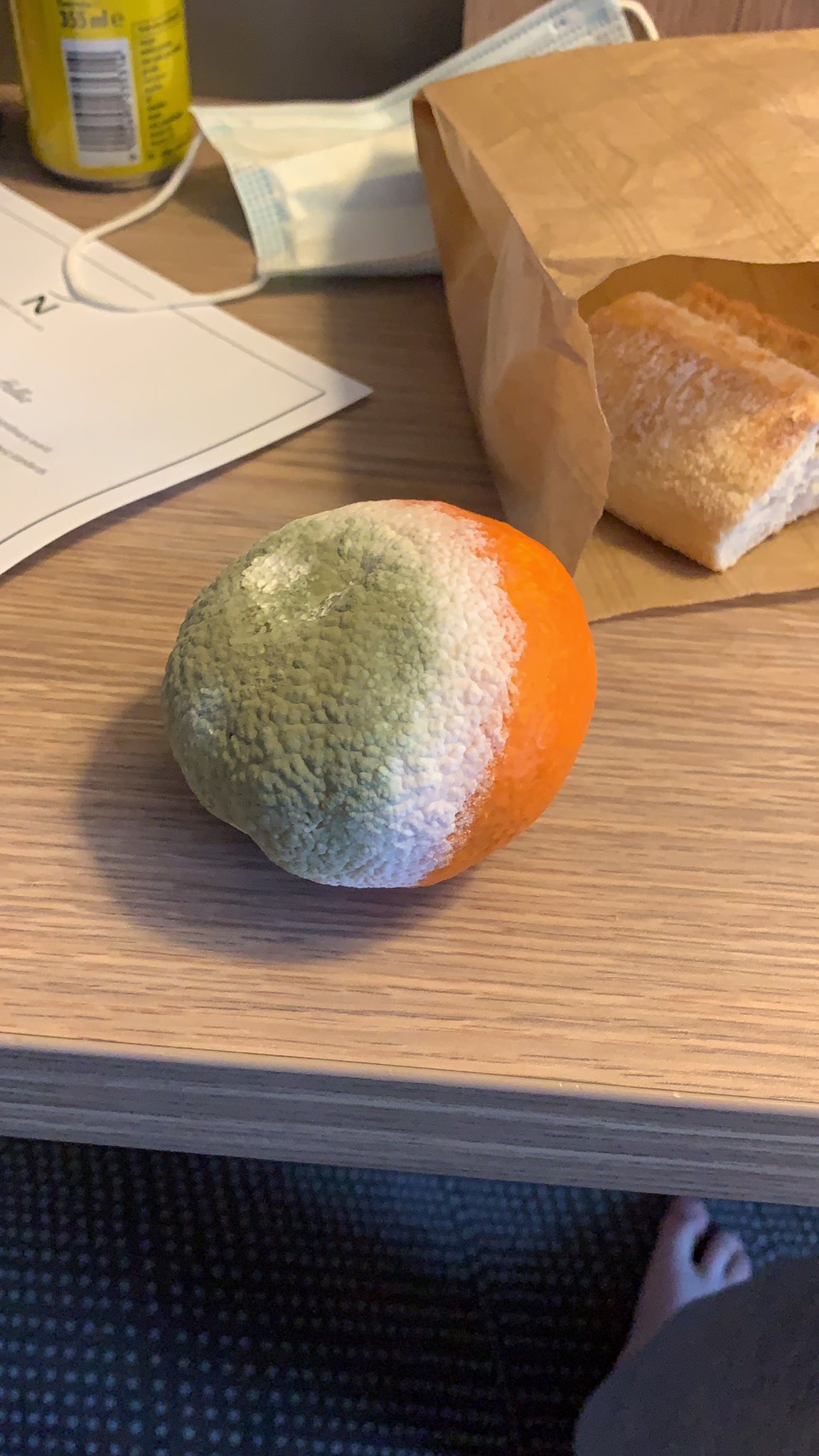 Pictures shared by Gabriel "LaXInG" Mirelez and Evan "Yoggah" Nelson of Oxygen Esports show a mouldy orange and a breakfast that amounts to a slice of cheese, a slice of ham, a boiled egg, and a small baguette. LaXInG, who has been documenting his food since he arrived in France and has found the hotel's free quarantine meals lacking, complaining at one point of receiving "3 kinds of bread" for breakfast.

LaXInG on TwitterI just woke up and had the breakfast and come to my surprise it’s just Bread, not only bread, but 3 KINDS of bread.... Honestly someone’s gotta run to the market and get me a portable stove and a pan with some eggs. PLEASE— LaXInG (@Laxing) May 9, 2021LaXInGTwitter

LaXInG would later go on to share the hotel's menu, asking his followers who would possibly pay the price asked for a toasted ham and cheese sandwich.

LaXInG on TwitterWho the hell is paying 20 bones for a toasted ham and cheese. pic.twitter.com/9fCNsSttXh— LaXInG (@Laxing) May 10, 2021LaXInGTwitter

The complaints drew the attention of recently retired pro, Niclas "Pengu" Mouritzen who suggested that North America had lost the "mental game" at the Six Invitational over the food situation.

"If you can spend hundreds in shoes, bags, and clothes, surely you can splurge on room service to be comfortable at a multi-million dollar event," wrote Pengu.

It wasn't a take that many agreed with, not least Spacestation Gaming's analyst Luke "Luke" Slota who, while not there in person, suggested players are "starving" and suggests that if it continues the tournament will "go down as a joke".

Luke on TwitterWhoever’s in charge of food at invite has got to act and change it, players are given 2 food options with tiny rations and starving most of the day, and it’s only day 3, they have to do this for TWO MORE WEEKS. This tournament will go down as a joke if it continues like this— Luke (@luke_slota) May 10, 2021LukeTwitter

Troy "Canadian" Jaroslawski, another North American star, responded with his view on this whole situation, saying that mostly they have issues with breakfast, while other meals are completely fine.

Troy ðŸ‡¨ðŸ‡¦ on TwitterBreakfast is really the only meal with tiny portions, other meals are fine imo. I will say room service isn't available until noon though so getting more food for breakfast isn't possible unless you're saving from the day before or something lmao— Troy ðŸ‡¨ðŸ‡¦ (@BroCanadian) May 10, 2021Troy ðŸ‡¨ðŸ‡¦Twitter

In regards to the remark that they can afford to buy themselves a good breakfast, Canadian explained that the problem is they apparently can't order anything before noon, as they are in quarantine and the room service isn't available in the morning.

No matter whose side are you on in this small Twitter exchange, the situation is definitely undesirable for both the players and organizers.

At the time of writing, Ubisoft hasn't yet responded to these complaints.

The Six Invitational 2021 kicks off tomorrow, 11th May, with the Group Stage of the tournament.