by Andrés Aquino
According to Smash Ultimate player MVD, the 30,000-square-foot arena located in Las Vegas has issued an ultimatum to the local scene, urging them to up the number of attendees for their next event. Published on December 14th, 2020
UPDATE: HyperX Arena has responded to MVD, stating that they will "not (be) permanently canceling Smash Tourneys" but instead "they will just be held once a month."

The Smash scene can't catch a break at the moment, as Ultimate pro player Jestise "MVD" Negron revealed that the HyperX Esports Arena in Las Vegas has warned the community to up the number of attendees for their upcoming tournament, scheduled to happen on 27th December, otherwise they will be permanently removing Smash Ultimate from their event calendar.

It's been brought to my attention that the @HyperXESALV is threatening to permanently end Smash tournaments if we(Vegas) don't get enough entrants at the monthly in two weeks
For some backstory we had weeklies which then turned into monthlies due to low attendance due to covid pic.twitter.com/dJPJH7OaQf

"It's been brought to my attention that the @HyperXESALV is threatening to permanently end Smash tournaments if we (Vegas) don't get enough entrants at the monthly in two weeks," MVD shared via Twitter alongside screenshots of a conversation between members of the Las Vegas Smash community, revealing HyperX Arena's ultimatum to the local scene.

The massive venue located at the Luxor Hotel and Casino reopened its doors this past June, as the COVID-19 restrictions allowed for the Arena to be functional again as long as they enforce safety regulations, which according to their website include a dedicated team to disinfect all retail areas and gaming stations, a mandatory 6-feet separation between stations, limited services offered by the food and beverages stations, and more. 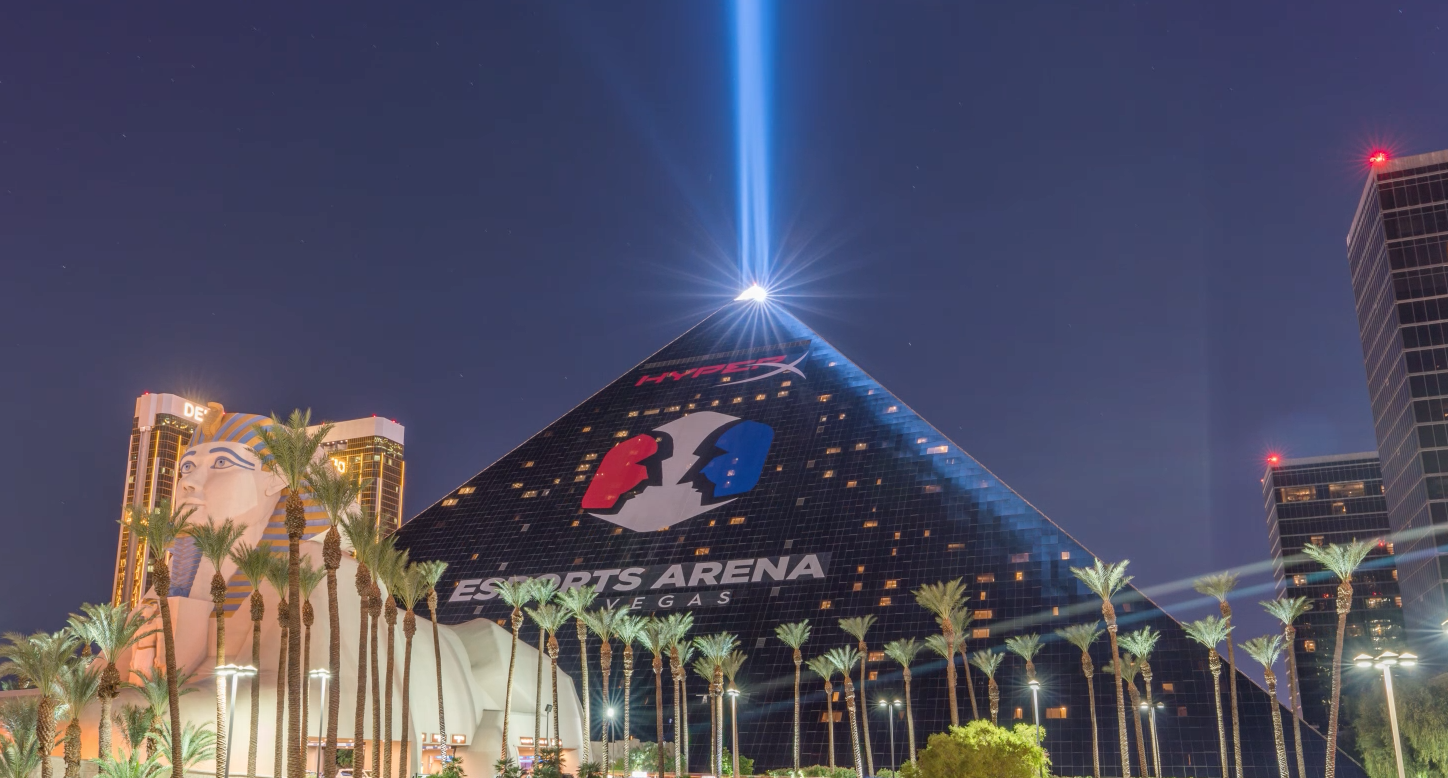 A look from the outside of the Arena (Picture: Allied Esports)

"I understand that businesses have to operate and function, however, we are in the middle of harsh covid cases around the country and Nevada has spiked up significantly in the last couple months I think this is an extremely irresponsible decision and it needs to be talked about," MVD stated in a follow-up tweet.

According to information from The New York Times, there were 15 new coronavirus deaths and 2,975 new cases in the state of Nevada on 13th December. The total number since the pandemic started rose to 189,425 cases and 2,548 deaths.

Clarkson County, where Las Vegas is located, has an average of 1,916 COVID cases over the last seven days, as the virus continues to spread at an alarming degree once again. In a final tweet, MVD hopes that fans spread awareness of this situation, as "threatening the future of our smash scene especially after we've supported in huge numbers prior to covid is a gross business tactic."

Making ppl choose between being safe and going to a tournament is terrible.Threatening the future of our smash scene especially after we've supported in huge numbers prior to covid is a gross business tactic.We all know locals are going to thrive once we are safe,RT and share pls

You can learn about the event happening this 27th December, Super Smash Sunday, by going to HyperX's official tournament page.

HyperX Las Vegas Arena was reached for comment but as of the time of writing have yet to provide an official statement.