by Payton Nash
The team defeated XSET and earned the $20,000 grand prize. Published on April 12th, 2021
After Sentinels, FaZe, and Gen.G lost in the open qualifier of VCT Stage 2: Challengers 1, it looked like 100 Thieves, Envy, and Immortals were the favourites to take the tournament. Now, one week later, 100T are the last team standing.

It almost seemed easy for 100T throughout the tournament as they won 2-0 over Andbox and Cloud9 Blue. Followed by a convincing 2-1 victory over Envy. And finally, in the grand finals, they defeated XSET 3-1 in no small part by Peter “Asuna” Mazuryk’s exceptional entry fragging and Ethan “Ethan” Arnold mesmerizing Sage gameplay.

It looks like 100T’s switch from Quan “Dicey” Tran to Ethan was the right move. The veteran CS:GO professional performed incredibly well throughout the tournament, especially in the Grand Finals, where he showed off his crispy aim and cheeky utility usage. Like the Sage wall he used in this clip. 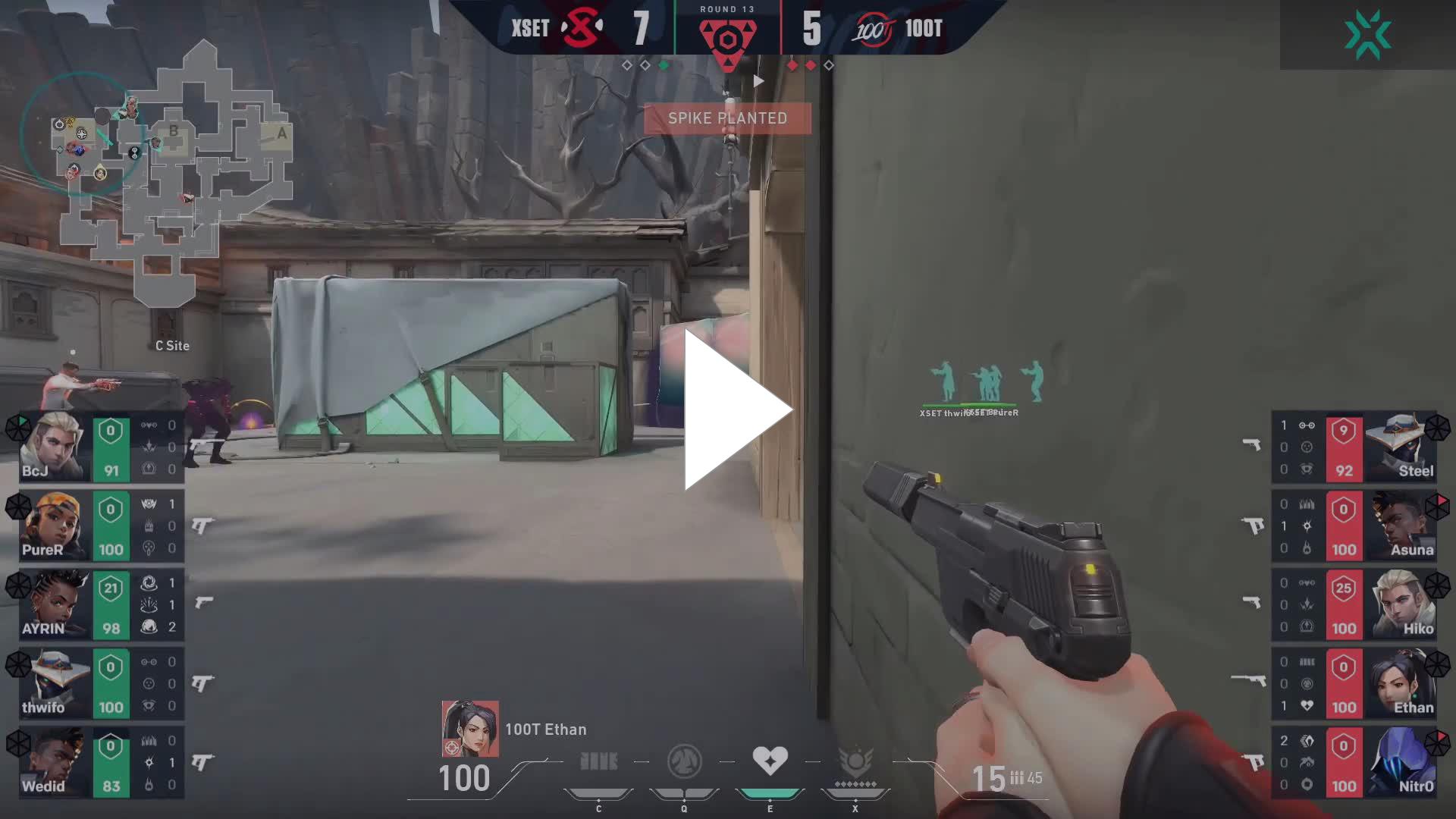 Here’s the full breakdown of the results: