by
Matthew Miter
The American stays in the Riot Games’ title scene by joining one of the most popular NA organizations. Chet "Chet" Singh has joined TSM as a new head coach for the Valorant roster, the organization has announced. 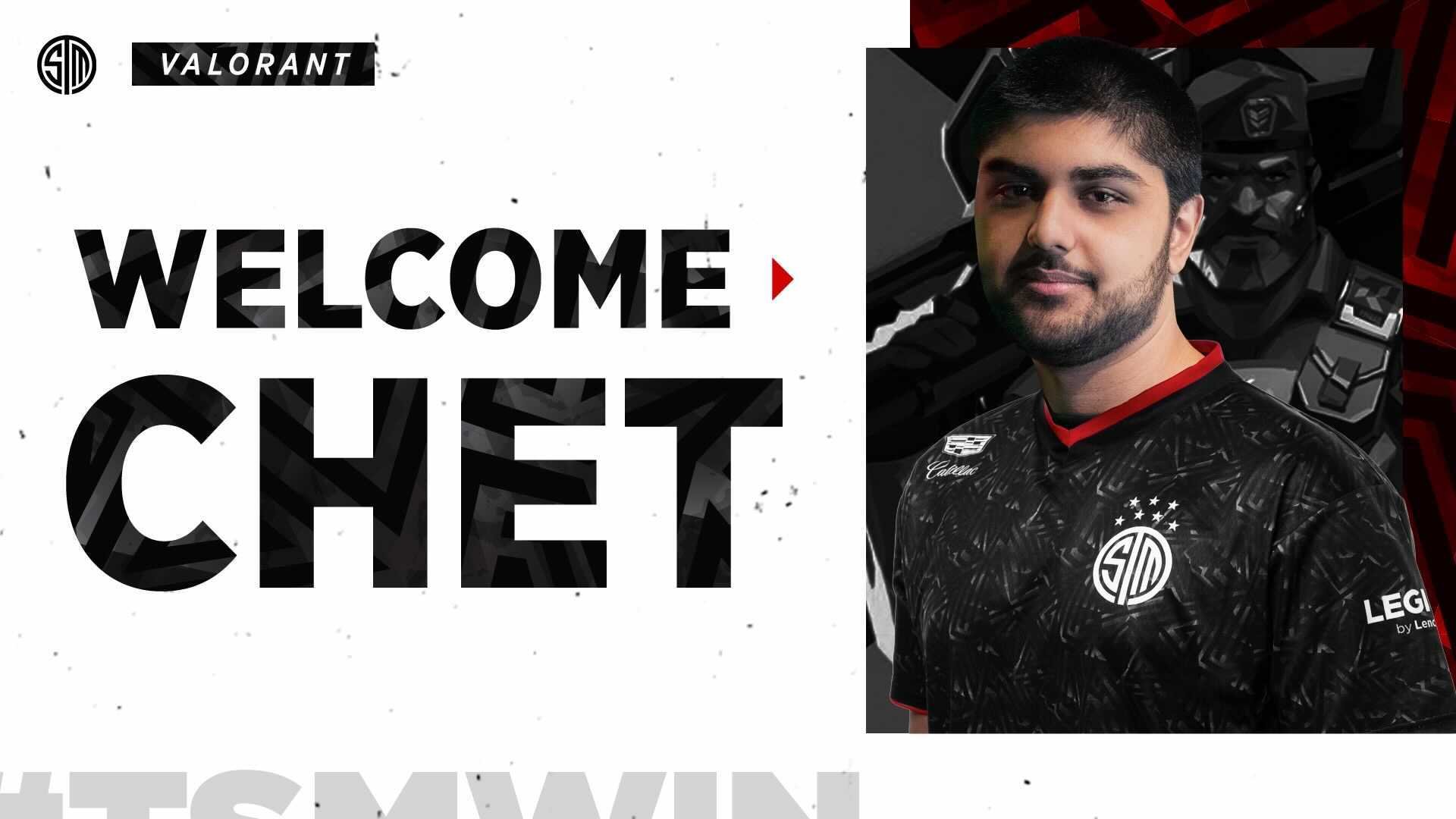 TSM on Twitter It's time for a new age of TSM Valorant.Please welcome @chetsingh to #TSM as our new head coach! We're excited to see how strong he and our roster can become as we set our sights on Masters 3. pic.twitter.com/jQ0b9U1r0V— TSM (@TSM) May 13, 2021 TSM Twitter

The 24-year-old replaces Taylor "Tailored” Broomall, who left the team two days ago due to poor results in the past couple of tournaments, most notably North America’s Valorant Challenger series.

Now the team aims to qualify for Valorant Champions Tour: Masters 3, which will take place this September in Berlin.

“We're excited to see how strong he and our roster can become as we set our sights on Masters 3”, we can read in the organization’s statement.

Chet’s time at TSM will be his second spell as a Valorant head coach.

Before signing with the organization, he has been guiding NRG’s division for seven months, which he left at the beginning of April after the squad failed to qualify for Stage 2 Challengers 1 in NA.

He then announced to be looking for options in Valorant as well as in CSGO.

Before switching to Riot Games’ popular shooter, Singh was known for his time as a Counter-Strike: Global Offensive head coach.

He most notably trained the 2018-2020’s NRG and Evil Geniuses roster, who regularly made it to play-offs of major CSGO events.

He left the scene following the poor results at the start of the pandemic and the drought that the NA’s region had started to go through.