by
Nikola Savic
This strange bug shows enemies' weapons through walls and some players are even suspecting that it is actually a hack, not a bug. Aspas, one of the top Brazilian Valorant players, experienced a strange bug during one of his recent streams, that can have serious consequences on the integrity of Valorant's competitive scene.

The bug occurred right at the start of Round  2 of the game he was playing. The buy phase has ended and as he started moving he was looking at short A, when for a split second a gun appeared through the wall, belonging to an enemy walking towards short A, which gave aspas a clear advantage in that firefight, because he knew when will the enemy player appear and where. 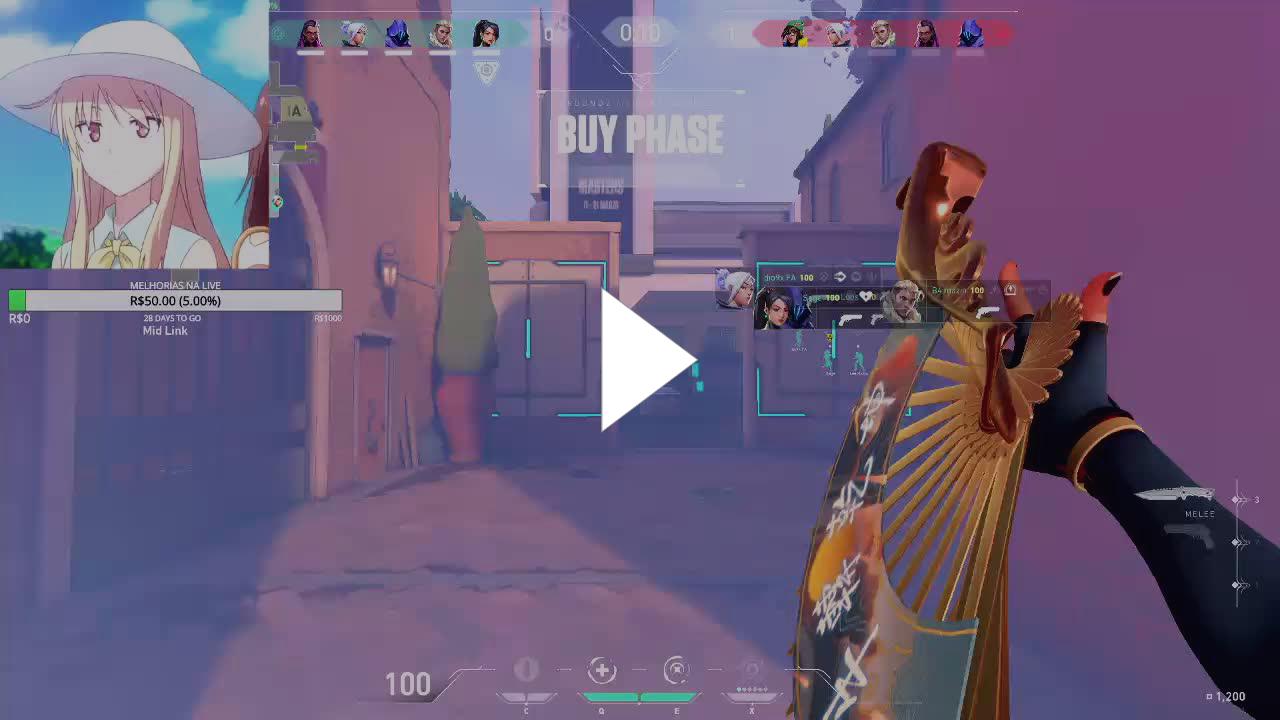 Aspas is a well-known player in the competitive community and this has sparked a controversy, with some people questioning if this is really a bug, or maybe aspas was using some kind of cheating.

Some players were comparing this bug with floating bodies and guns bug, which is a relatively known issue appearing mostly in a Deathmatch mode, but this is different from that, and that bug never occurred through the walls. A weapon can be seen behind the wall, giving aspas the exact information when will the enemy appear (Picture: Riot Games/ Aspas)

Players and fans have been discussing on the ValorantCompetitive subreddit what this can be, and another pro player, Peter "Asuna" Mazuryk, pointed out that this might be a bug related to the Christmas skins, particularly the BlastX collection, where there is a known issue that can show weapons through walls.

"This is a bug with the Christmas skins when you upgrade them and when you pull out the gun, they show the packaging of the gun through walls," Asuna explained. "Don’t recommend using that skin until it gets patched."

And it seemed that his explanation has finally solved the mystery, but other Redditors correctly noticed that the gun in question here is Vandal, and Vandal doesn't have a BlastX collection skin. There is a similar issue with the BlastX collection, but this was not the case here (Picture: Riot Games)

Finally, a Riot Games developer oniram177, who works as a premium content art lead on Valorant, explained that this bug is not related to BlastX, which should only occur during the buying phase, and that they are currently looking into this new bug to find out what's causing it.

"For BlastX, there is a known issue where you can see an ally's weapon during buy phase if they buy, sell, and rebuy the weapon. As far as we have seen this is only something that occurs from buying/rebuying the weapon and nothing else and so it should never be visible during a round. Additionally, with that bug, you only see the wrapping paper, not the gun," oniram177 explained. "In this screenshot, the weapon in question looks like a vandal, which would eliminate this from being a BlastX issue anyway."

At the time of writing this article, the bug remains a mystery, but this is unfortunately far from the first "wallhack" bug Valorant is currently suffering from. Just a few weeks ago Shourd has encountered a similar bug, which allowed him to completely see the enemy on the mini-map.

Riot needs to work hard on eliminating these kinds of "cheating" bugs, as they compromise both the game's integrity and are having a negative impact on those players who are encountering them, as people will always be suspicious over these kinds of things, which can severely damage their reputation.