Matthew Miter
Published: Mar 11th, 2021, 22:56
Everything you need to know about Valorant Champions Tour 2021: Europe Stage 1 Masters, including format, teams, how to watch and more. After not so few qualification tournaments, which saw the fall of such teams such as G2 Esports and Team Liquid, Valorant Champions Tour 2021 Stage 1 Masters comes to the deciding phase.

The group stage is ready to start, and here’s everything you need to know about the tournament, including where to watch all the action, the full schedule, format, teams participating, the prize pool and more. The tournament begins on the 12th of March and concludes on Sunday, 21st March. The group stage matches will finish next Friday, 19th March. That means we’ve got more than a week of top Valorant action on our way.

There is $150,000 USD for grabbing in the tournament in total, with the winner receiving more than a third of the prize pool, by winning $60,000 USD. In the end, every team will get a slice of the cake. Additionally, every squad will earn some VCT Circuit Points.

A total of eight teams will participate in Stage 1 Masters Europe. All of them earned their place by going through qualifiers, which took place in the last few months. As said before, the tournament lacks giants such as G2 Esports and Team Liquid, who failed to secure a spot. 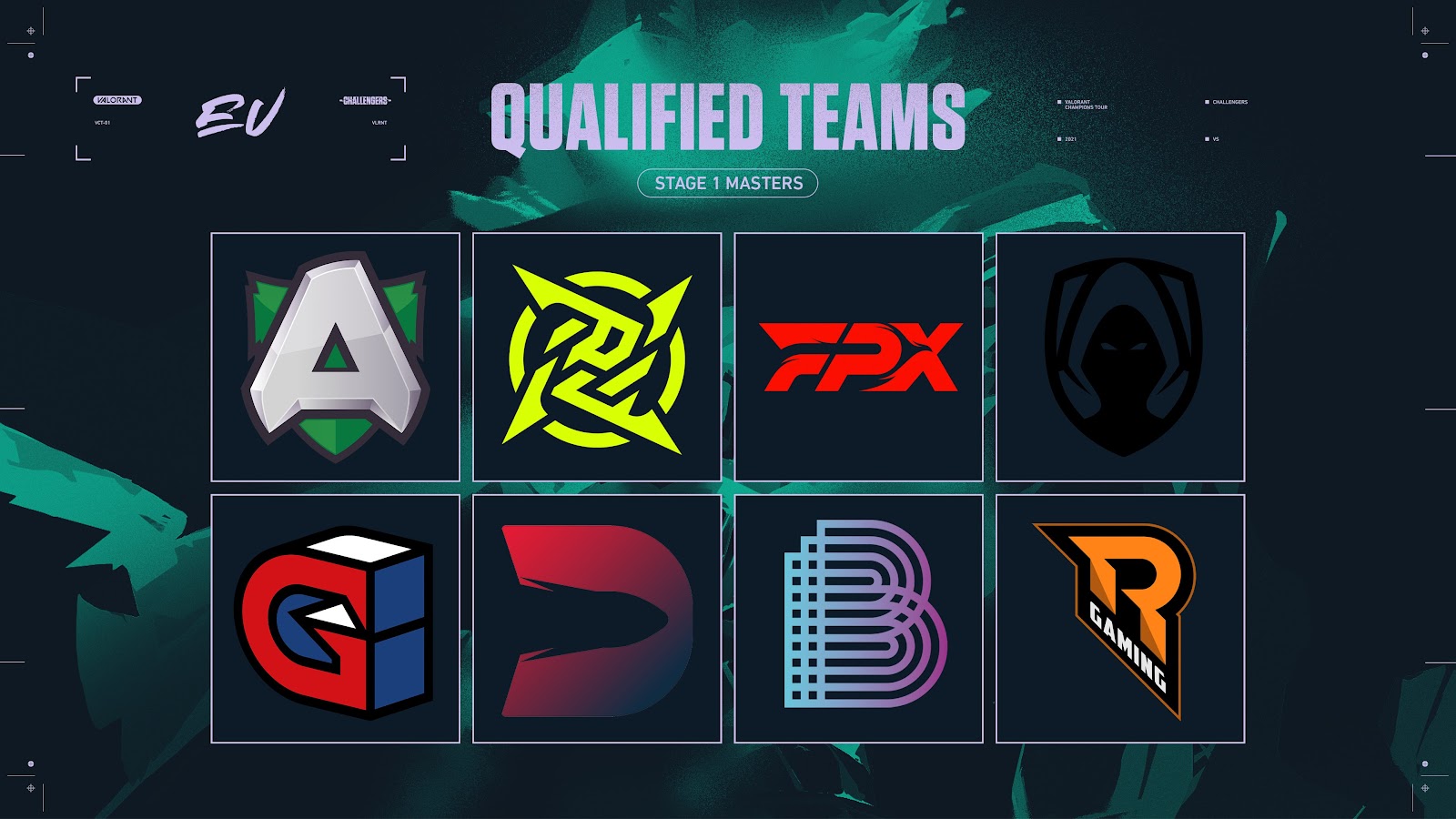 The picture above showcases all the teams, which will take part in Valorant Champions Tour 2021: Europe Stage 1 Masters. From top left to right and then bottom left to right the list goes as follows: Alliance, Ninjas in Pyjamas, FPX, Team Heretics, Guild Esports, DfuseTeam, Ballista Esports and Raise Your Edge Gaming, which was acquired by Ascend on 10th March.

Valorant Champions Tour 2021: Europe Stage 1 Masters is a tournament that takes 10 days to complete, with the final being on March 21st, and the group stage beginning tomorrow, on March 12th. Eight teams were placed in two groups of four, with them playing out in GSL format. All those matches are BO3.

Two squads advance into play-offs, where a Single-Elimination bracket is played out. Semifinals are BO3, in the same way as the group stage series. The final itself is BO5.

Every match will be streamed on Europe’s VALORANT Esports Twitch channel. If you miss some of the action you don’t have to worry, as you will be able to catch up on the tournament’s YouTube channel.