by Tousif Biswas
It took 16 years to achieve the milestone. French video game publisher Gameloft has announced that its arcade racing franchise Asphalt has crossed one billion downloads across all platforms.

The Asphalt franchise achieved the milestone on its 16th anniversary since its release in 2005 with Asphalt Urban GT. After crossing the milestone, Gameloft also announced a competition where they will be giving a free car to players of Asphalt 8, 9 as well as the Switch version of Asphalt 9.

It didn't seem long ago when the franchise debuted with Asphalt Urban GT which proved to be a saviour for those who couldn’t afford desktops or consoles to play high-end racing games. Asphalt Urban GT was a hugely popular mobile racing game and the birth of a franchise. (Picture: Gameloft)

With Asphalt 9: Legends expected to be launched soon, the franchise is expected to keep the lion share of the market.

Players who have a story related to Asphalt can win a car in Asphalt 8, 9 as well Asphalt 9: NS. They will choose 2 winners for each game. For this, the players need to participate in the giveaway by following these steps: 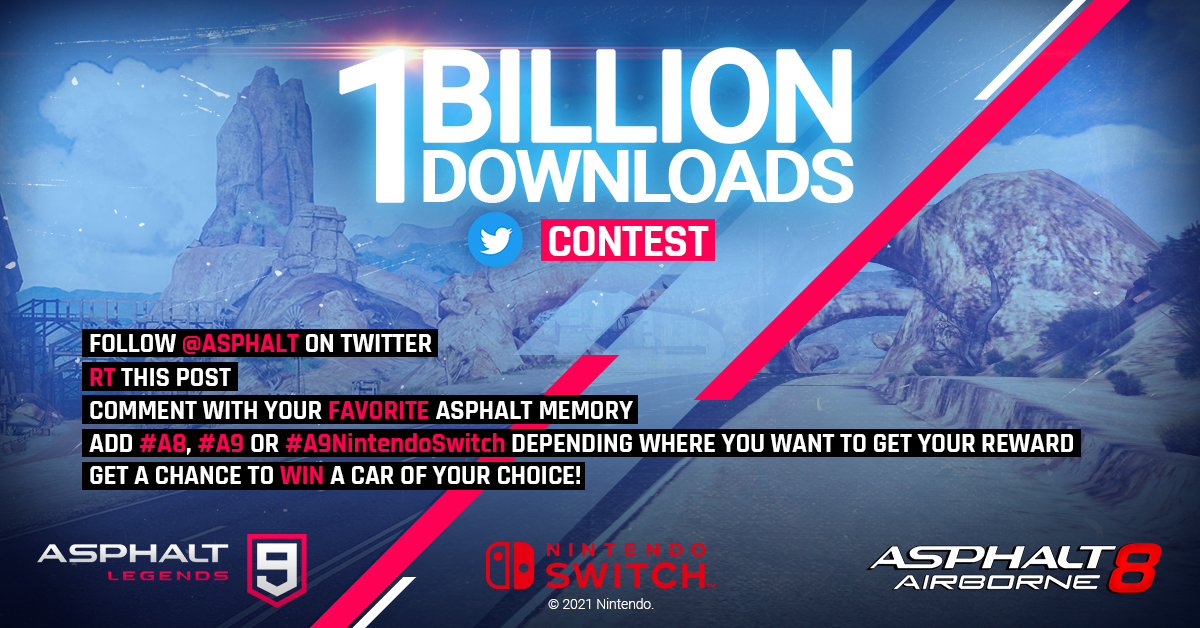 Asphalt on Twitter1B DOWNLOADS CONTEST!ðŸ¥³Feelin' lucky? Have an Asphalt story to share? Then enter for a chance to win ANY CAR you want in #A8 #A9 or #A9NS!We will choose 2 winners for each game. You can see the full contest rules here: https://t.co/17ojYtN4TI #Asphalt1BillionHOW TOðŸ‘‡ðŸ‘‡ðŸ‘‡ pic.twitter.com/vcasxgidsI— Asphalt (@asphalt) April 26, 2021AsphaltTwitter