Chess is an ancient game but it can have modern problems as discovered by Norwegian Grandmaster Magnus Carlsen who, while playing in the chess24's Champions Chess Tour Skilling Open with its combined .5 million prize pool, had the misfortune of slipping while moving his Queen and accidentally placing it not in its intended position. Once placed, as per chess rules, you can't retake the move.

The match, against fellow Grandmaster Ian Nepomniachtchi, was one of the most highly anticipated of the tournament, with Carlsen's slip being the last way viewers would have expected to see it end.

But end it did, when Carlsen decided to forfeit the match, saving his opponent the decision to offer a draw out of sportsmanship.

"I decided that one thing I didn't want to happen was him to think, 'Should I offer a draw since he slipped in a winning position?'" revealed Carlsen later.

"I just resigned so he wouldn't have to make any of those decisions". 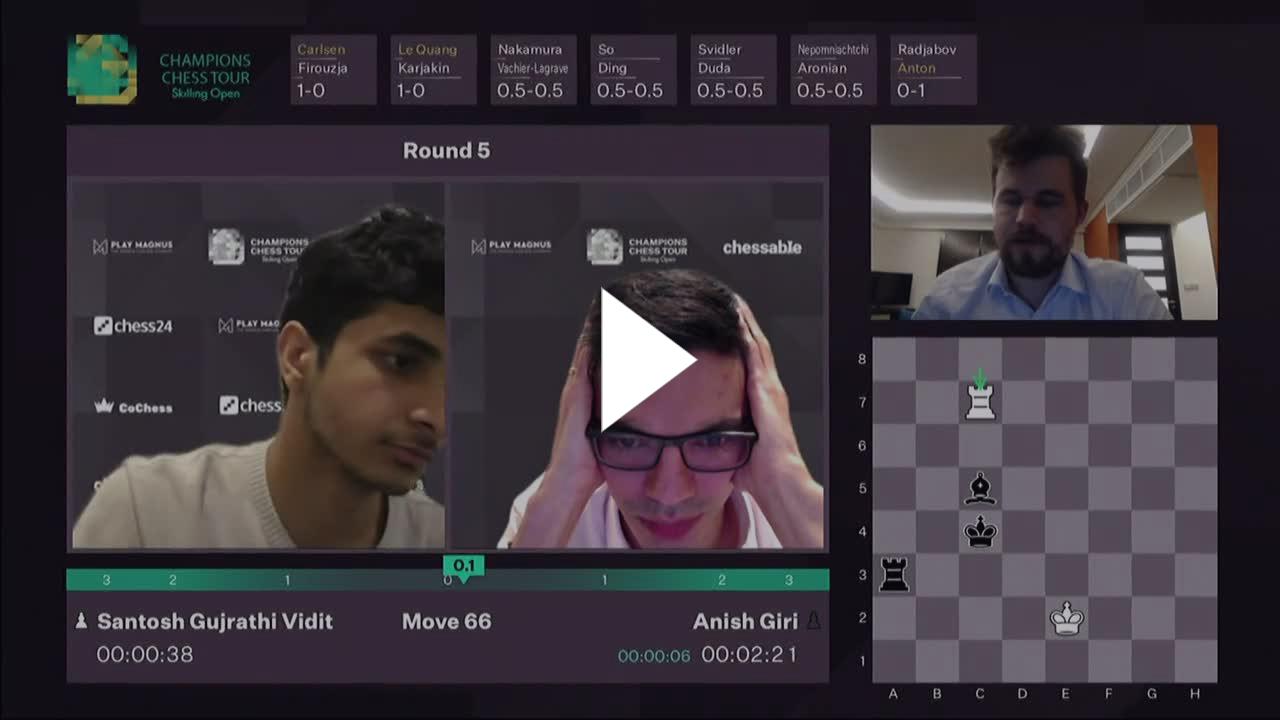 In was another act of class from Carlsen in a career that has been typified with such behaviour. A keen competitor, he is known for wanting to beat opponents when they are at their best and fairly. Not for, in this instance, a player giving into a sense of sportsmanship.

The Skilling Open features 16 of the world's top chess stars, there will be 10 events in all held over a 10 month period.

Chess has exploded in popularity both on Twitch and in wider popular culture, owing to popular streamers like xQc playing with Grandmaster Hikaru Nakamura, now a part of esports organisation TSM, and Netflix's The Queens Gambit that follows the fictional life of chess prodigy Beth Harmon.

Interestingly Carlsen's twitchy hands aren't solely down to a slippy mouse, here he is in an in-person tournament in 2010 mistakenly moving a piece twice before conceding the game.