by
Andrés Aquino
The ECI is backed by important figures within esports, however, it's been heavily criticized for gatekeeping the industry.

Published on April 28th, 2021
Just minutes after launching publicly, the Esports Certification Institute, which aims to provide a certification for people looking to break into the esports industry, has been hit with massive criticism from the community.

Announced via Twitter, the ECI wants to ensure the $400 exam "is reflective of what people at the top esports organizations want in junior employees," doing so with the input of Andy Miller, CEO of NRG Esports, Chris Park, CEO of Gen.G, Nicole LaPointe Jameson, CEO of Evil Geniuses, and more esports personalities.

EsportsCI on Twitter We are excited to announce the launch of Esports Certification Institute, a Public Benefit Corporation created to foster professionalism, promote meritocracy, and increase diversity and inclusion in esports. ECI was created to give another path into esports for industry hopefuls pic.twitter.com/NQyxjiWOBc— EsportsCI (@EsportsCi) April 27, 2021 EsportsCI Twitter Many have pointed at the glaring issues ECI's exam presents. First of all, there is no way to truly measure its validity, so the $400 entry price seems steep for what essentially is a meaningless certification.

"This is probably a scam. They haven't gotten anyone hired and are using their board of advisors to get people to sign up for their $300 (soon to be $400) exam. Maybe let's see in a year or two if they've gotten people hired. But for now, scam, don't sign up," former Overwatch League pro Dustin "Dogman" Bowerman tweeted out.

Sebastian Park, the creator of ECI, has stated on social media that they do not intend the price to become an entry barrier despite its steep price, thus are working to develop scholarships to help interested people take the test.

Sebastian Park on Twitter We said we wanted to hear honest feedback from the community on @EsportsCI launch and we meant it. We hear you loud and clear about the accessibility of the testtl;dr, we've been working to get people in need of asst. as many scholarships to cover all need-based coverageðŸ§µðŸ‘‡— Sebastian Park (@SebPark) April 27, 2021 Sebastian Park Twitter

"We said we wanted to hear honest feedback from the community on @EsportsCI launch and we meant it. We hear you loud and clear about the accessibility of the test tl;dr, we've been working to get people in need of asst. as many scholarships to cover all need-based coverage."

The price of the test itself is not the only thing been ridiculed, but the implications behind it, as the ECI seeks for "meritocracy" to take over esports, yet it's using a paid resource that automatically becomes a way of gatekeeping the certification.

Over at Twitch, multiple members of the Overwatch League broadcasting talent who double down as Valorant analysts, including Josh "Sideshow" Wilkerson and Brennon "Brencasts" Hook, reviewed the study guide, concluding that it's a "self-masturbatory" experiment that's not worth paying for. 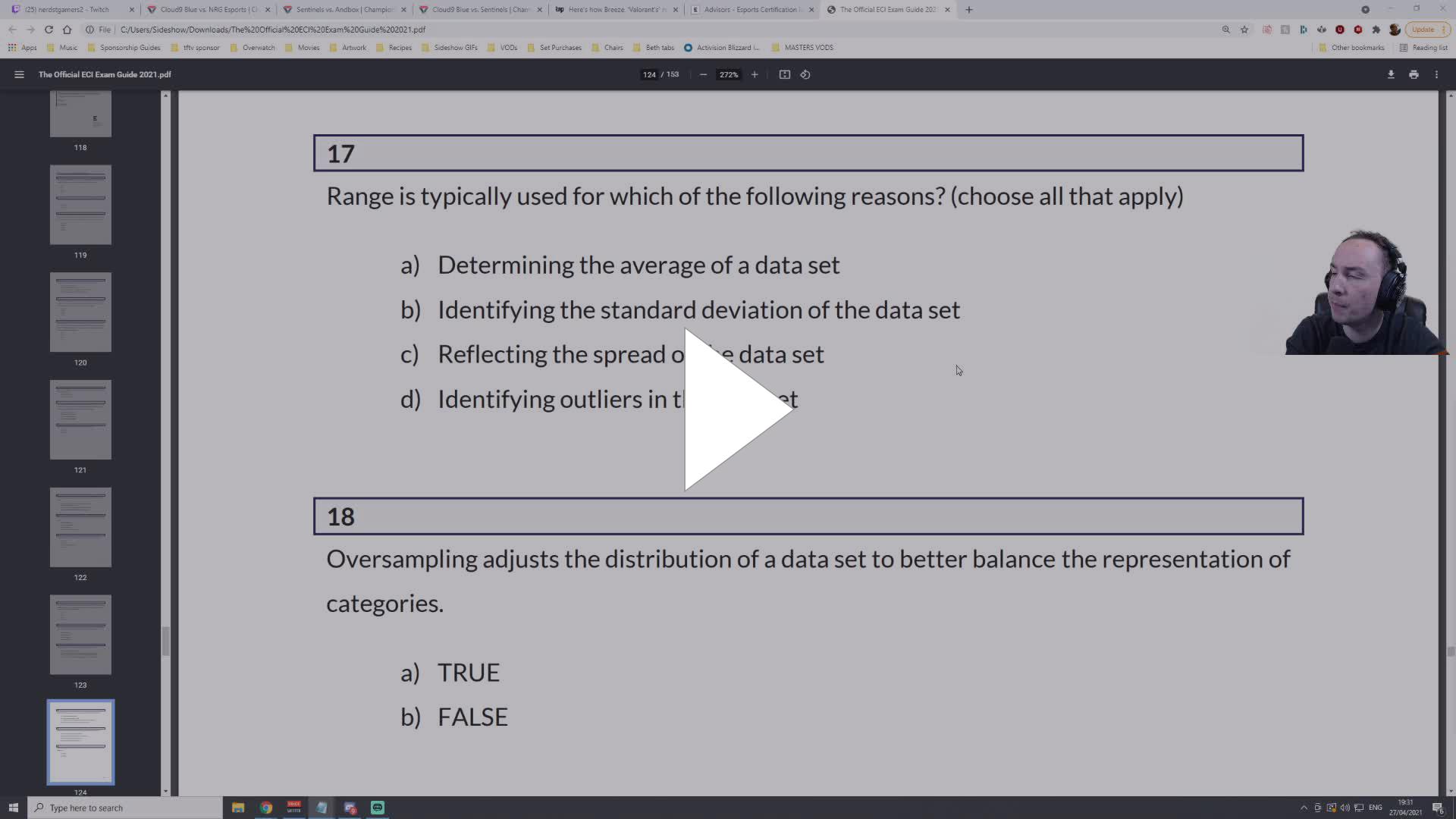 It remains to be seen if anyone involved with the creation of the ECI takes a step back or if they rethink the strategy between the certification. We'll keep you updated as the story develops.