by Alejandro Sandoval
The Chaos Theory Collection event brings new ways to explore the game's lore and fight on the battlefield. It also celebrates the arrival of the game on Nintendo Switch. Apex Legends Season 8 brought big changes to the map with the arrival of Salvo's hero Fuse to the game's Legends roster.

In addition to what has been introduced a few weeks ago, EA and Respawn have prepared more things with the Chaos Theory Collection event, which will bring new ways to play the game, and serve as a welcome to the Nintendo Switch version of the title.

Here we bring you all the details of this special event, including all rewards, play modes, and more.

With the arrival of the event, and after being announced months ago, the version of Apex Legends for the Nintendo Switch will also become available this March, bringing with it special rewards for all who log in to the game through Nintendo's console.

To begin, all Switch players will be granted 30 free levels for their Season 8 Battle Pass. Additionally, for the first two weeks after launch, playing on Switch will also earn you double XP.

Plus, to celebrate the Switch release, Respawn will also launch a Legendary Pathfinder skin (called PATH) as a free reward for players who boot up Apex Legends on Switch between the game's launch and the end of Season 8 on 4th May. 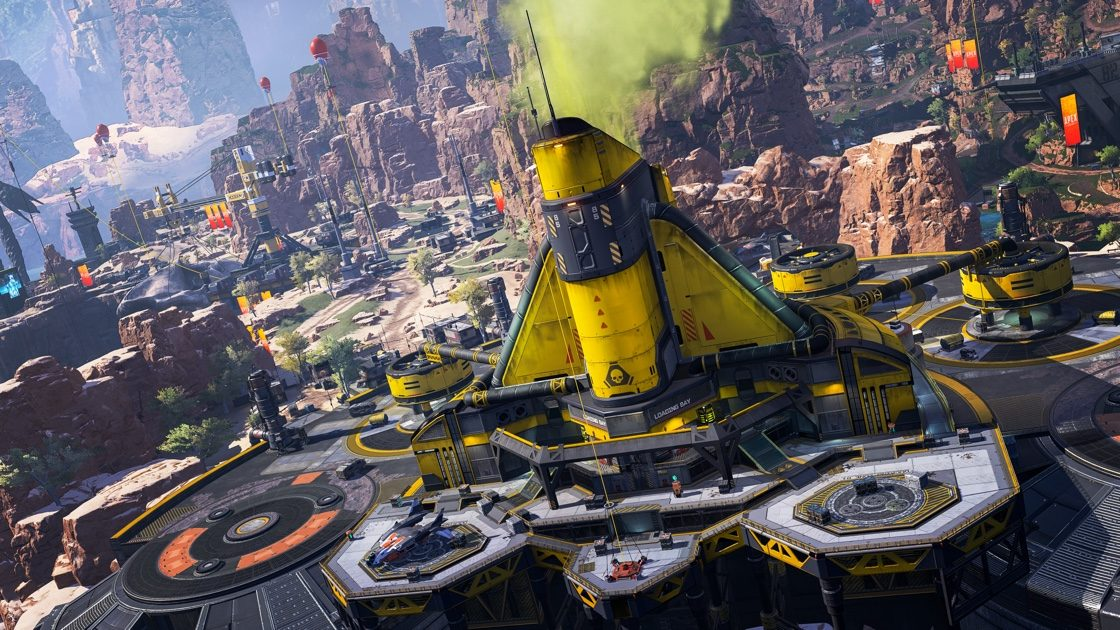 Respawn will add a new location to the map known as Caustic Treatment; a new dominant mousetrap with lots of high-quality loot that beckons all Legends who seek the glorious cheese.

It will be located where Water Treatment used to be, to prevent the Fuse’s Crash Site fuel spill from reaching the ocean. Within this, there will be a mechanic in which the players can be "test subjects", to drain the toxic liquid from the centre of the facility.

The event also brings some new mechanics which will change the environment of the game. 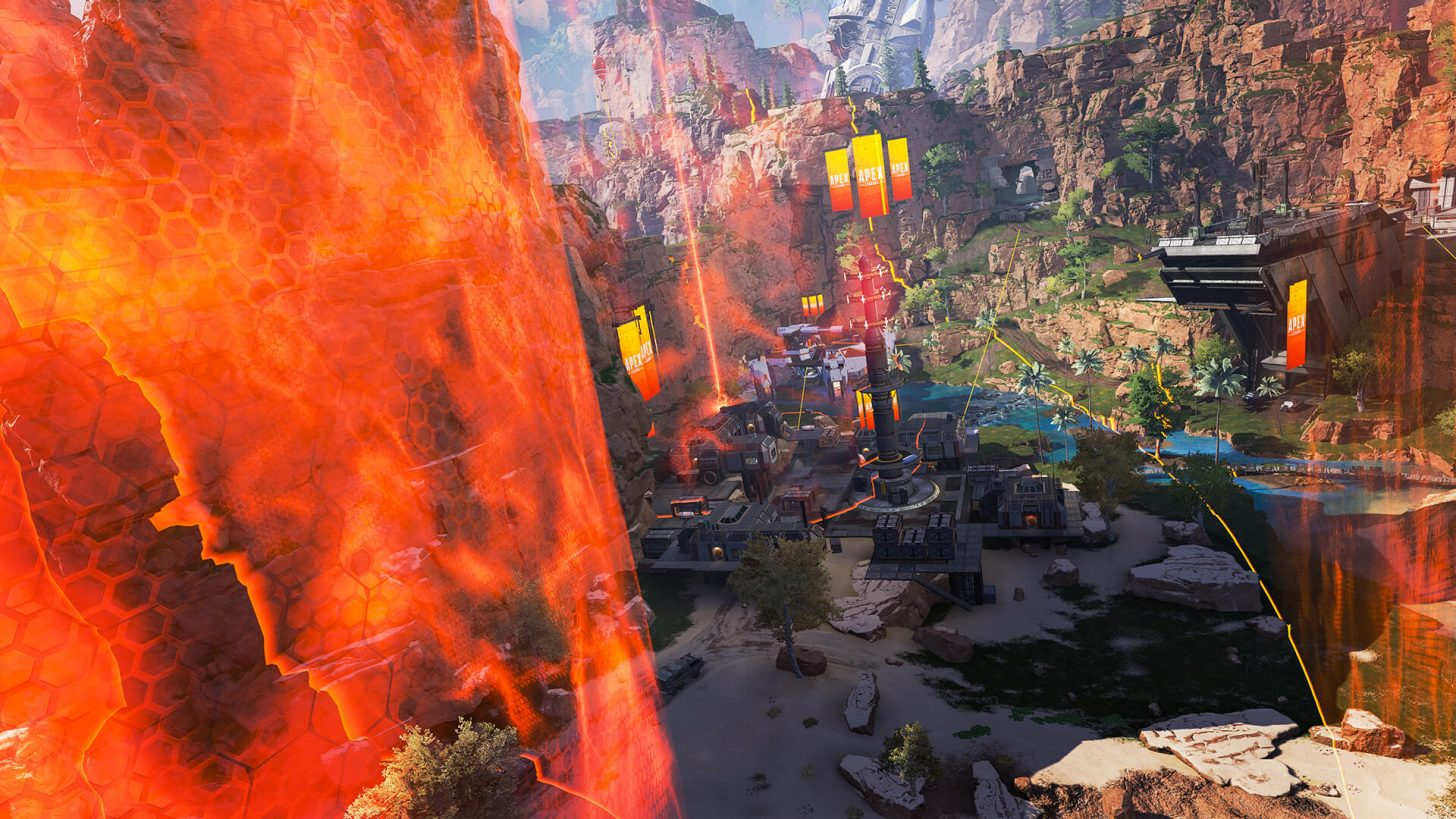 This playlist takeover follows regular BR rules, but each round, one or more Ring Flares will appear on the map within the current ring. Ring Fury will replace regular Duos and Trios playlists for the two-week duration of the Collection Event.

However, this will be an “Escalation Takeover,” meaning every few days the prevalence, timing, and size of Ring Flares will change, up to five different stages of escalation by the end of the event.

Those who get caught in a Ring Flare will take damage equal to the damage dealt by the current round’s Ring. However, players will be given a short warning on the map and minimap before a Ring Flare appears. Legends will also call out if they are in direct danger or if there’s one opening up nearby.

To deal with the Ring Flares, a new item will be added called Heat Shields. 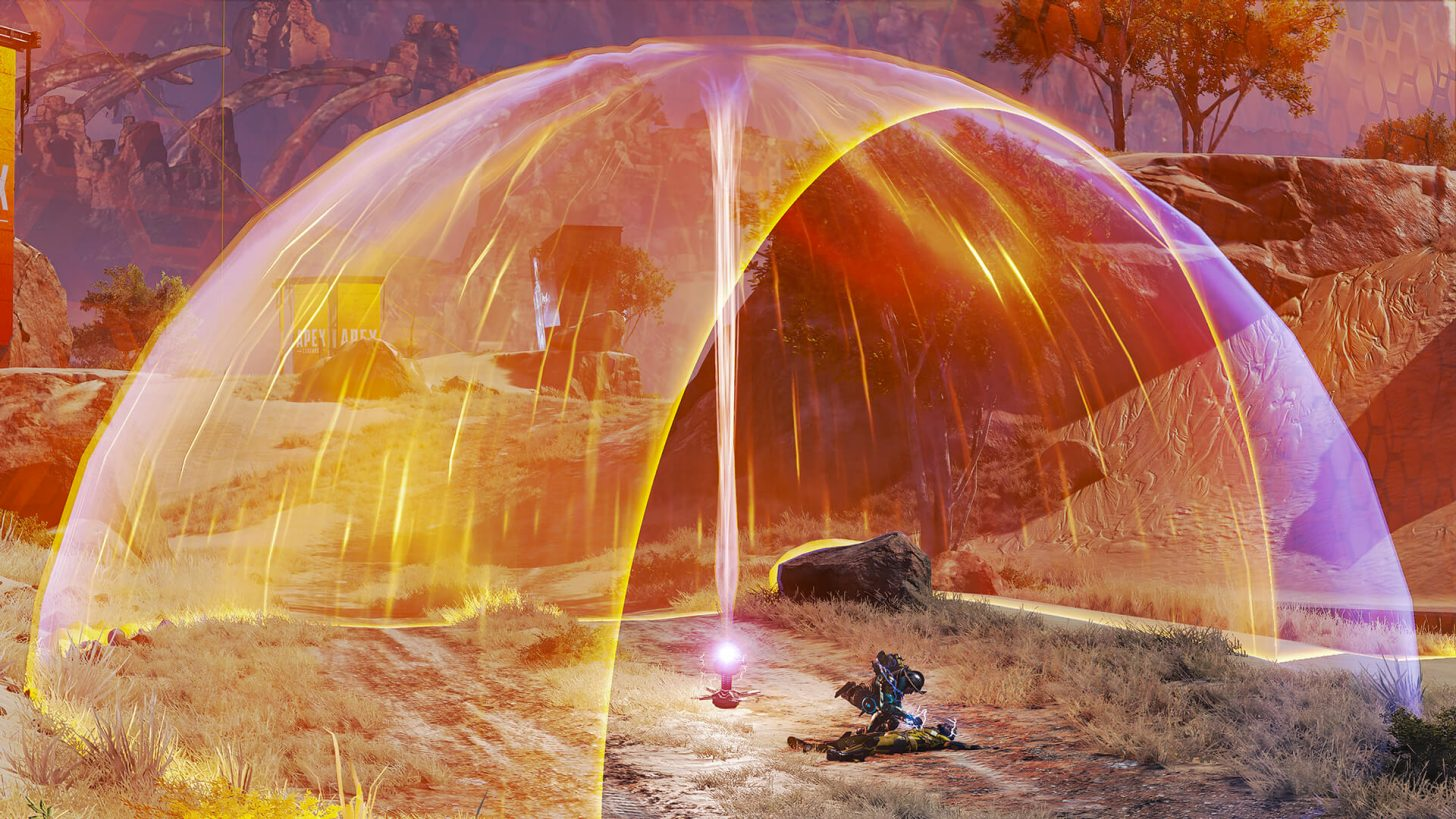 All players will start with a Heat Shield in their inventory when dropping, which can be thrown down to avoid damage from Ring Flares (or from the ring itself). The loot pool for this event has been tuned to spread Heat Shields throughout the map.

The Heat Shields cast a protective dome, pouring the deadly effect of the ring over the barrier for a short time, enabling Legends to loot, revive and generally make some amazing plays outside of the Ring. Plus, when you’re inside a dome activated by the ring, the use of healing items will be sped up by 50% and the speed of Revives will be increased by 25%.

However, these will slowly degrade in power as it’s damaged by the ring. The damage of the Ring is reflected in the duration of the Heat Shield. 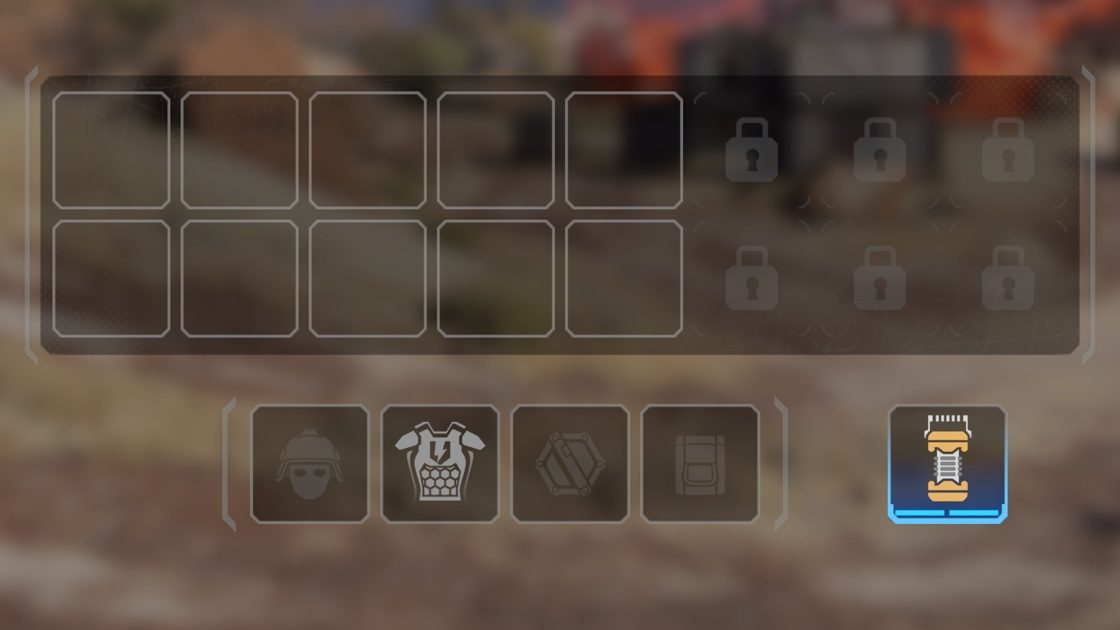 To handle the Heat Shields in your inventory, a new slot will be added in the game, called Survival Slot. The Survival Slot aims to eliminate the choice between normal loot and situational utilities like a Mobile Respawn Beacon or a Heat Shield.

This slot will continue to be available in the game even after the Ring Fury Escalation Takeover ends, together with the Heat Shields. 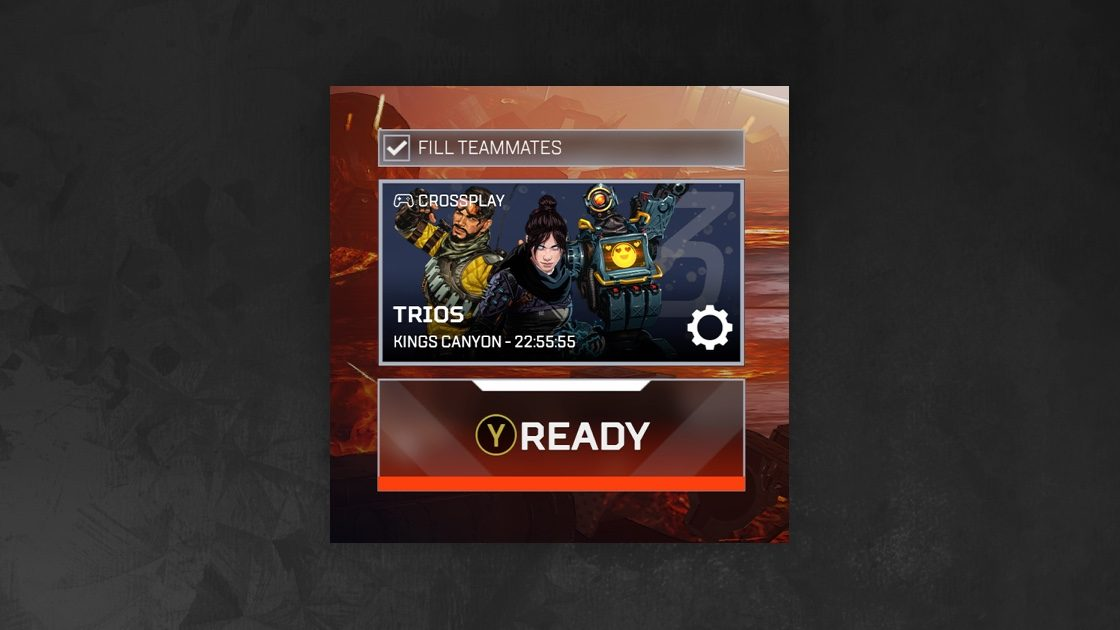 For the first time, players will be able to play as a solo in Duos or Trios, just by unchecking the Fill Matchmaking box before sending a party into any selected playlist.

In this way, players will be able to focus on meeting objectives like completing certain Daily and Weekly challenges, explore the map and experiment with characters they haven't tried before, or even challenge themselves against larger groups of players.

There will be some limitations, as it is only allowed to have six potential No-Fill players in any match, and the feature will not be available in Ranked. 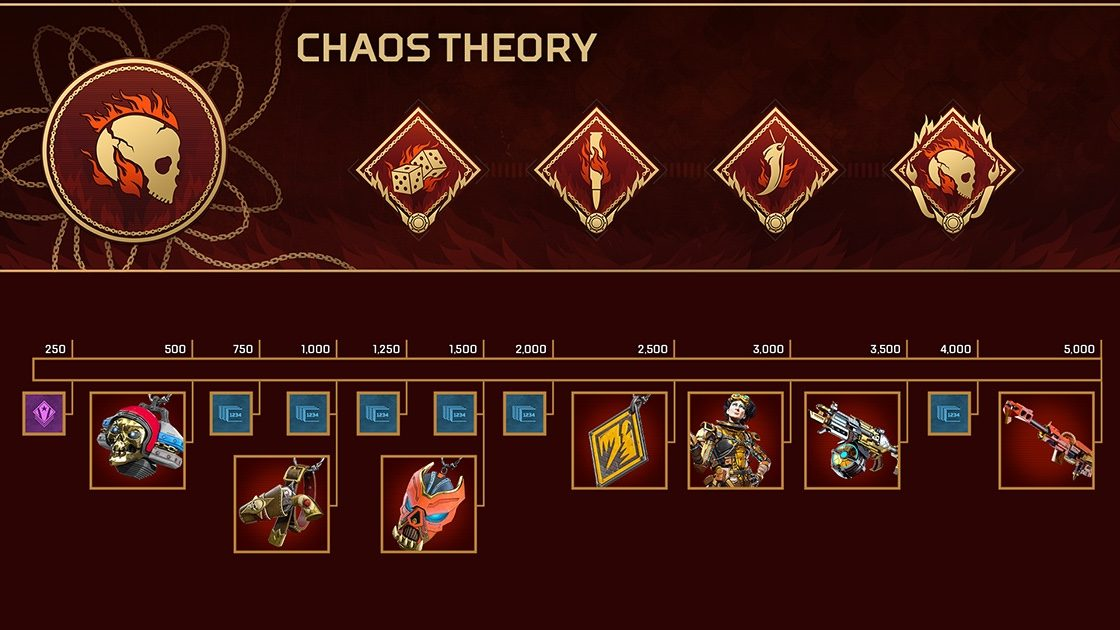 Finally, the Chaos Theory Collection event will bring a rewards track with new earnable cosmetics, including a legendary Kraber and EVA-8 weapon skins.

To earn these rewards, players will be able to complete daily challenges to increase their event points, up to a maximum of 1,000 per day. These challenges will also stack in the current Battle Pass.

All 24 themed items will be available through direct purchase (for Apex Coins or Crafting Metals) and in Event Apex Packs for the entire duration of the event. Additionally, if you collect all 24 event items, you’ll also unlock the Bangalore Heirloom set.

You can check more information about the event, as well as changes to Legends and fixes to some aspects of the game, in this development blog.