by
Andrés Aquino
In a two-day affair, Magnus Carlsen took the lead and ran away with it against a resilient Hikaru Nakamura. After Magnus Carlsen missed out on winning his very own Invitational event during the Melwater Champions Chess Tour, The Flying Dutchman finally netted his first win of the circuit after defeating TSM's Hikaru Nakamura in the New in Chess tournament.

Despite some clear blunders by Carlsen, Nakamura failed to capitalize on all his mistakes, opening the door for Magnus to take the lead 3-1 on day 1, with both players drawing two games, and Magnus taking the third and fourth ones.

In fact, a massive Queen blunder by the TSM rep ended festivities during day 1 of the finals, leading to Carlsen admitting that "neither of us were absolutely at our best, but we had great fighting spirit,” during the post-match interview. 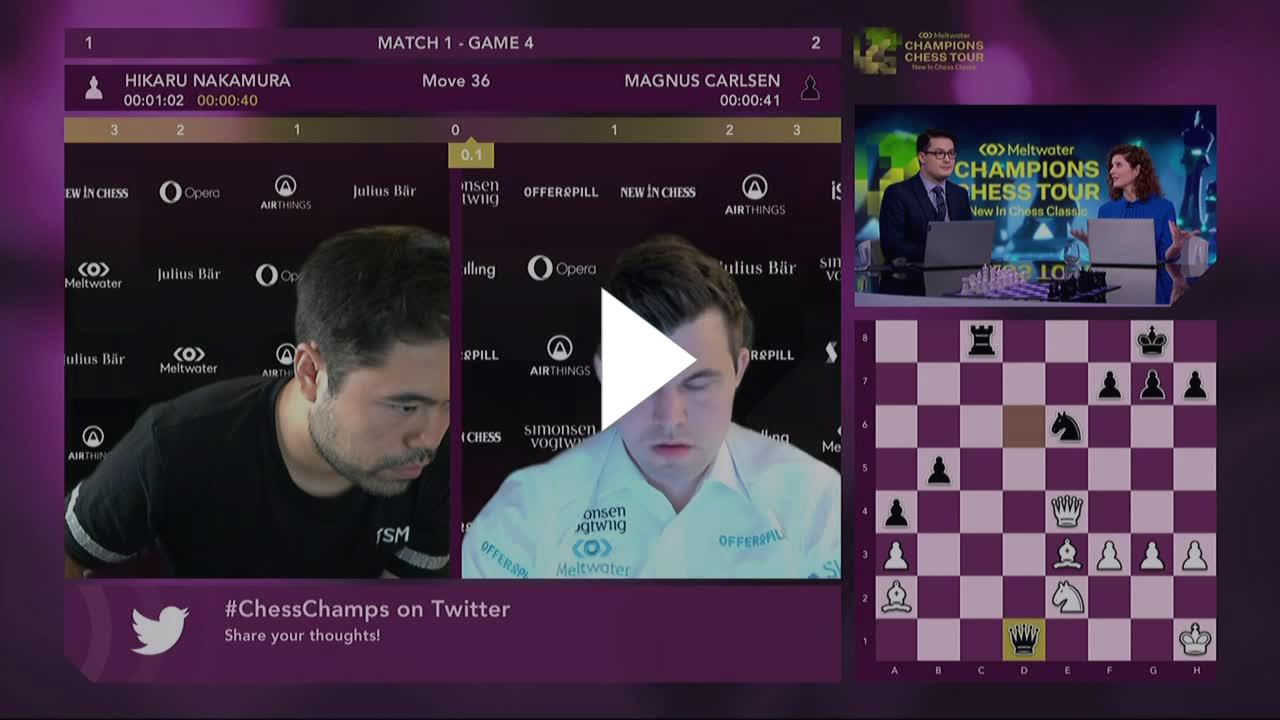 For day 2, Nakamura finally put a win on the board, setting the stage for a spectacular finale, however, it was not meant to be as once again, major judgment errors gave Carlsen an avenue back into the fray, with day 2 ending on a 2-2 draw. With this massive win, Carlsen has now taken a massive lead in the overall tour standings, 40 points above 2nd place Wesley So. Nakamura on the other hand stands at 7th place with 73 points.

The Champions Chess Tour, which kicked off last November, looks to determine who is the best rapid chess player in the world throughout 10 different events, culminating with the Final in September.

The next major is scheduled for 23rd May, with a prize fund of $200k, we'll keep you updated as soon as more info is available.