Fortnite Season 3: All the new weapons and items

by Wessel Minnie
Take a look at all the new weapons and items released with Fortnite Season 3. Published on June 17th, 2020
With the release of Fortnite Season 3, came a Battle Pass, new cosmetics, a new map, and a mammoth update. For those jumping into the new season, you will probably want to know which new weapons and items come with Season 3. There's also another aim assist nerf with the update, in case you were wondering.

We've got you covered with all the new weapons and items in Fortnite Season 3.

Dataminers have uncovered a bunch of new weapons for Fortnite Season 3, including the following:

Some of the weapons are iterations on previous weapons, with the hunting rifle returning.

Mythic weapons are also back with Jule's Glider Gun, Kit's Shockwave Launcher and Ocean's Burst Assault Rifle all being unearthed.

Thanks to HYPEX on Twitter, we can see some images of the weapons. 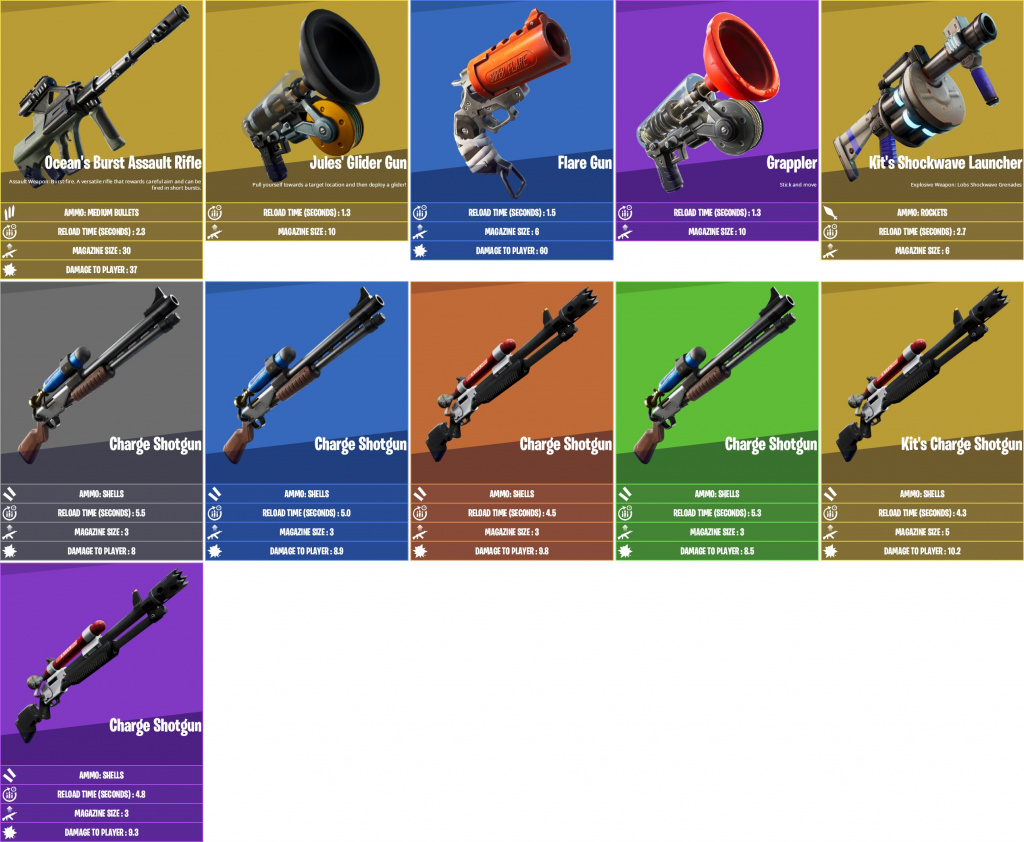 One gun that is not in the game though, is the iconic pump shotgun, which has been vaulted heading into Season 3. Few would suggest this will be the last time we see the weapon, but even fewer would have suspected it was going to vaulted. Bye, pump shotgun, until next time.

Check out the new Fortnite weapon stats below.

Keep in mind that some items have different varieties, which means a higher-quality weapon will deal more damage with increased stats.

One new Fortnite Season 3 item damage-dealing item has been confirmed so far. Molotov Cocktails are coming to the game, and they are called Firefly Jars. The Firefly Jar deals 40 damage to enemies, in case you were wondering.

Chug Splashes have also been unvalued.

For those who haven't seen the Fortnite Season 3 Battle Pass gameplay trailer, check it out below.