by Matthew Miter
The team is looking to overhaul its roster following poor results in spring. Published on May 14th, 2021
PaweÅ‚ “Czekolad” Szczepanik and Tore "Tore" Hoel Eilertsen have been dropped by EXCEL ESPORTS. The British organization is aiming to rebuild its League of Legends division for the League of Legends European Championship’s Summer Split.

“We have decided to make two roster changes. We can confirm that Czekolad and Tore will be leaving EXCEL”, we can read in the team’s statement. “We will always be grateful for the passion and skills they have both brought to the team” it follows. 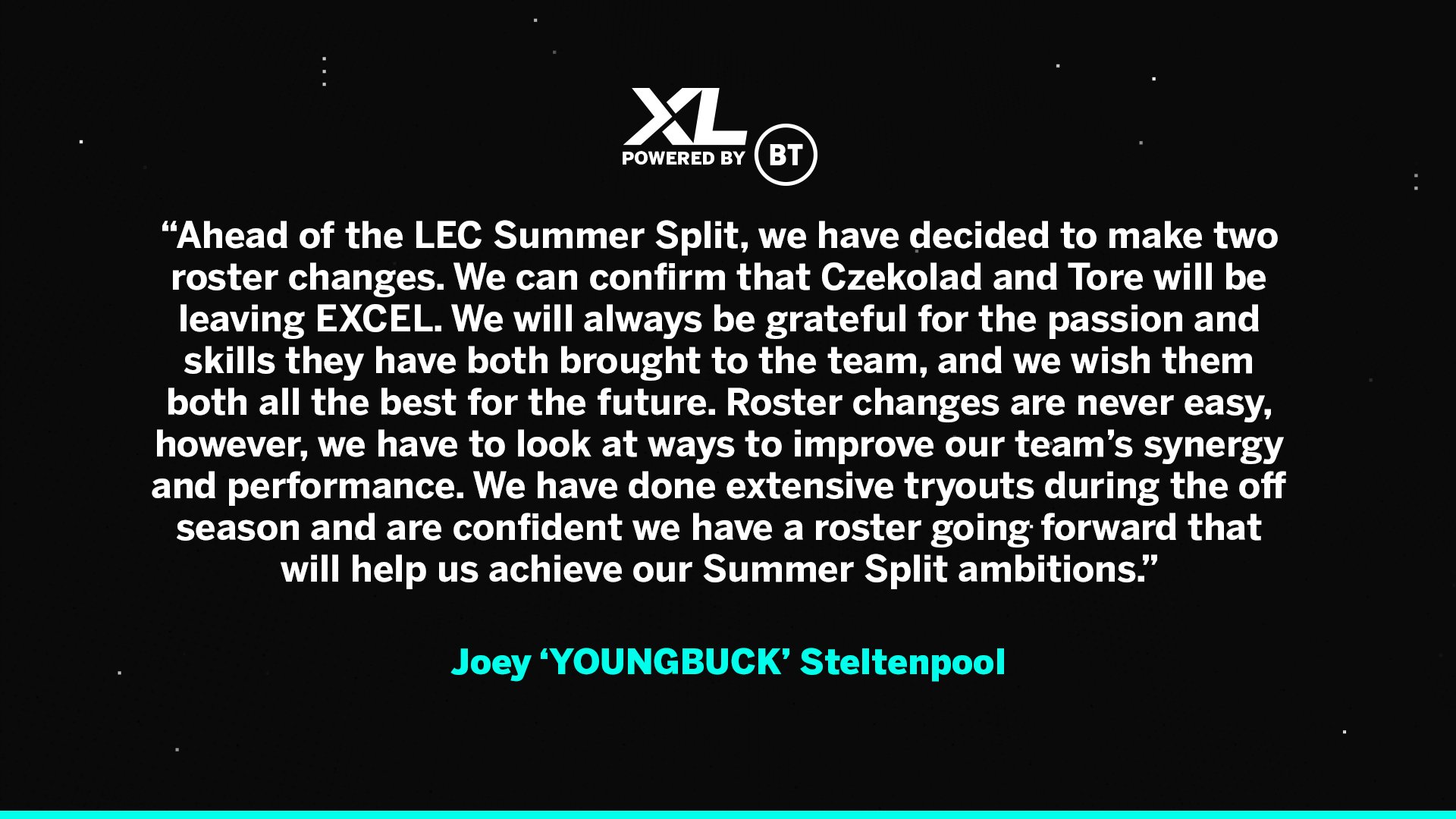 As we mentioned earlier, EXCEL is trying to reconstruct its roster in order to achieve better results during the upcoming Summer Split. “We look at ways to improve our team’s synergy and performance. We have done extensive try-outs during the off-season” says Joey “YoungBuck” Steltenpool, the squad’s head coach. “It will help us achieve our Summer ambitions."

If the latest report by Pablo Suarez were to be believed, the British organization has already found replacements for the duo. The newest EXCEL mid laner will supposedly be Erlend „Nukeduck” Våtevik Holm, who has been inactive for the past couple of months. Tore’s shoes are allegedly filled by Petr „denyk” Haramach, one of Misfits Gaming’s two main supports. What’s more, according to the same report, the Norwegian is joining MAD Lions Academy for the Summer Split. Czekolad’s future remains unknown.