by
Alejandro Sandoval
It’s time to celebrate and dance to the rhythm of this galactic Groove in this new limited-time event. With the arrival of the new 80s galactic theme known as Space Groove in patch 11.7, a huge batch of content has arrived in League of Legends along with a new special event loaded with many challenges and great rewards. The Space Groove event is available from 1st April to 3rd May, having special quests according to what side you will choose: Will you get in the Groove and march to your own cosmic melody, or will you align with the Harsh Vibes and make this galaxy a one-hit-wonder?

These missions will be sequential, so you must complete a task to move on to the next. Each of these will grant you Tokens, which you can use in the event store to exchange them for exclusive rewards.

Missions for The Groove Missions for The Harsh Vibes

In addition to these, by purchasing the Event Pass for 1650 RP, you can unlock a series of milestones, which will give you even more rewards. Each goal requires 15 points to advance to the next until a total of 20 available milestones are added. Note: Points are obtained by playing with a pre-designed group (5 points), winning a game (2 points) or losing it (1 point).

Space Groove: Get rewarded with your Tokens As mentioned earlier, during the event it will be possible to get Tokens, which can be exchanged for rewards. There are different ways to get these but requires buying the Event Pass, which brings with it 200 Tokens and four Space Groove 2021 orbs.

Otherwise, they can be earned by completing weekly missions and challenges.

You can also get Lunar Tokens by playing games in any of the four available game modes: Finally, these are all the rewards available in the event store, highlighting among these those related to Prestige content:

Skins, Chromas, and Borders with Icon 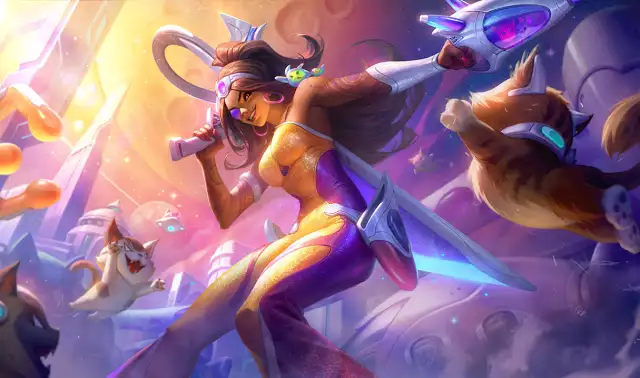 If you want to see what else was added to League of Legends check out our breakdown of the 11.7 patch.