Published on September 9th, 2020
Faker was back, Ellim replaced Cuzz... and superstar rookie Gumayusi debuted over stalwart Teddy in T1’s 3-1 victory over Afreeca Freecs in the LCK Regional Gauntlet. And not only did he debut, he turned out some extremely impressive performances.

Gumayusi's first showing is STRONG. T1 go up 1-0 in the series! #LCKpic.twitter.com/Q6pDWJyMlw

The rookie ADC got his hands on the coveted Caitlyn pick in his first top-flight pro-game, and promptly went 9/0/8 on the Sheriff of Piltover, outplaying the likes of Kiin’s Akali, before pulling out a ballsy Draven pick in the game after. That game was a loss, but the mindset and execution was clear.

Perhaps most impressive was Gumayusi’s numbers versus the hugely dominant Caitlyn in game 4, able to match Mystic’s over 10cs a minute farm rate on the Sheriff with Jhin - an extremely difficult feat to pull off. It’s the first time a rookie has ever debuted in a Worlds deciding match, and Gumayusi seemed to rise to the challenge. However, T1 still has to face off against Gen.G later today in order to secure the final LCK spot to Worlds - and that will involve taking on All-LCK First Team ADC, Park “Ruler” Jae-hyuk.

His debut may have been strong, but this second series is set to require another level of play entirely.

T1 will move into the match versus Gen.G feeling confident (or at least competitive). Ellim also had a strong performance, managing the map versus high farming junglers like Karthus and Hecarim well, and Faker? Well, he isn’t called the unkillable demon king for nothing. The GOAT of League of Legends was on rare form, with the highest K/D/A and DPM of any player across the series, and pulling off outplays like this to top it off: 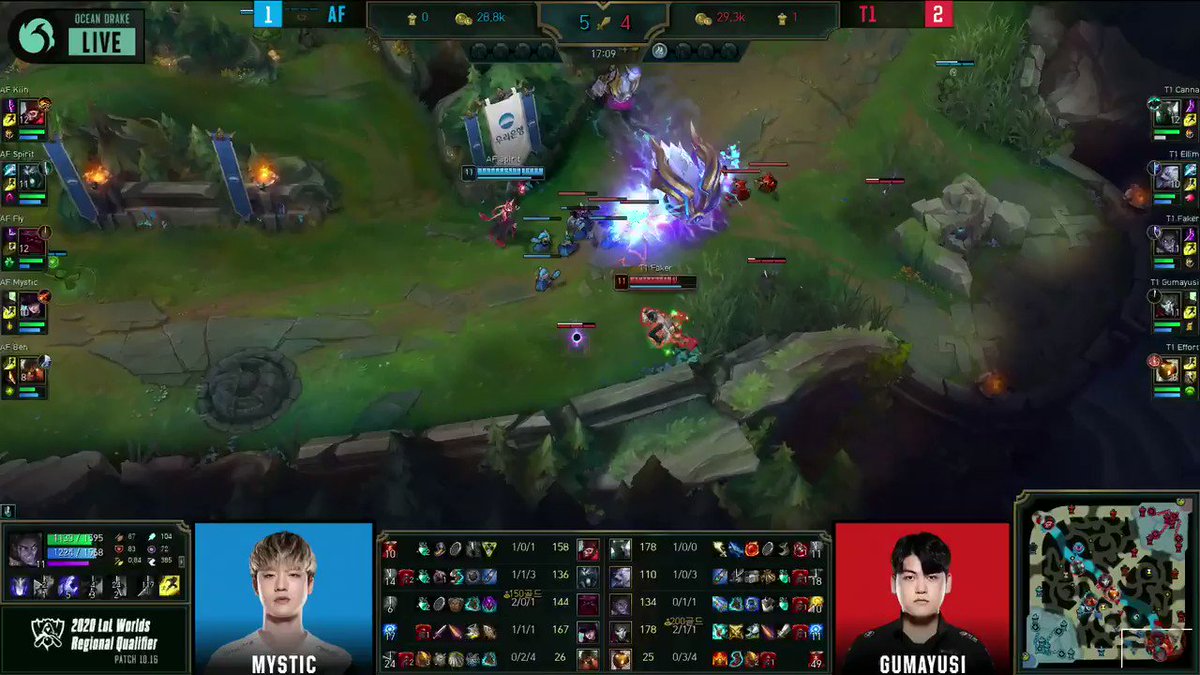 Assuming there are no changes, T1’s new-look roster will take to the rift again versus Gen.G at 9:00am BST today to decide the final LCK seed sent to Worlds.

With their season on the line, T1’s faith in their rookie ADC is going to be put to the test. It will be up to Gumayusi to live up to those vast expectations.