Phoebe Dua
Published: Jan 7th, 2020, 12:47
Florida Mayhem will be looking different in 2020 as a change in colour scheme has come for the North American team following a far from bright 2019.

Ahead of the third season of the Overwatch League's opening weekend next month, a mini rebrand has taken place for Florida Mayhem.

Allow us to reintroduce ourselves. #LightItUppic.twitter.com/13E2GoQ4nd

The new "blue gale and laser fuschia" aesthetic comes from the Third Kit jerseys the team wore and the OW community hoping for visual changes led to the decision.

The Mayhem you thought you knew is gone. Read more about the new Mayhem below â¬‡ï¸#BringTheMayhem #LightItUp pic.twitter.com/U99FsopJi5

Previously, Florida Mayhem had a red and yellow uniform that led to them affectionately being dubbed 'McDonalds' in combination with its 'M' bomb logo. 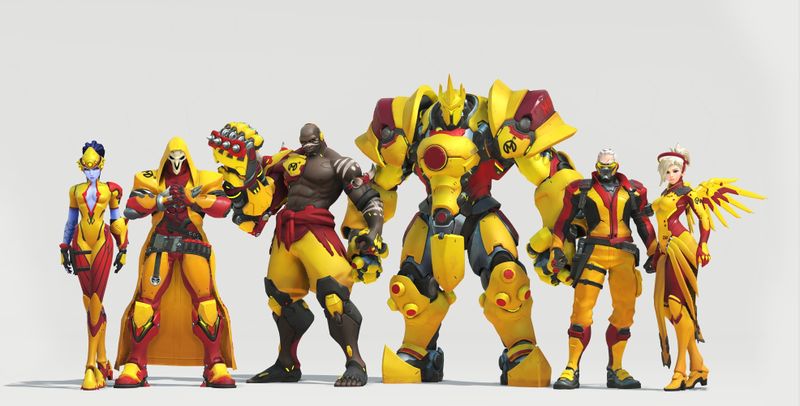 Going forward, the new Florida Mayhem skins will follow the updated colours and details about what will happen in regards to those who already purchased the 'old' skins will be revealed soon.

The team finished last in the Atlantic Division and the 2019 Season of the Overwatch League as a whole while San Francisco Shock were crowned champions.

After blowing up the roster back in October, the video that accompanied the news showed players in the Third Kit jerseys that would eventually inspire the new look.

Heading into the 2020 Season, Florida Mayhem has the following roster:

Florida's other resident esports team is the Call of Duty League franchise also owned by Misfits - Florida Mutineers. The Mutineers will play in the CDL while Mayhem seek to wreak havoc in the same state in the OWL as both leagues see all franchises play host to events throughout 2020.