by Phoebe Dua
San Francisco Shock were heavy favourites coming into the OWL Season 2 Playoffs and they did not disappoint. Published on September 30th, 2019
San Francisco Shock has won the Overwatch League Season 2 Playoffs with a clean 4-0 victory in the Grand Finals over Vancouver Titans.

The clash between the best two teams in the Overwatch League was highly anticipated, with San Francisco Shock placing in the top two of every Stage this Season and Vancouver Titans won Stage 1 and placed in the second in Stage 2.

Season 1 champions London Spitfire were eliminated early after battling their way in through the Play-In. It was San Francisco Shock that dealt the final blow to them 4-0, having fallen into the lower bracket as Atlanta Reign pulled off a 4-3 upset against them in the quarterfinals.

San Francisco Shock went on to 4-0 Los Angeles Gladiators, Hangzhou Spark and New York Excelsior and entered the Grand Finals as the favourites against Vancouver Titans.

While Vancouver Titans had Rookie of the Year Hyojong "Haksal" Kim, San Francisco Shock had Season 2 OWL MVP Jay "Sinatraa" Won and he put on a Doomfist masterclass that led the way to victory on Lijang Tower before stepping up again as Mei on Temple of Anubis. San Francisco Shock's super is a fellow Esports Awards 2019 nominee alongside Sinatraa for Esports PC Player of the Year and the superior abilities of the Shock players shone through in the Grand Final. 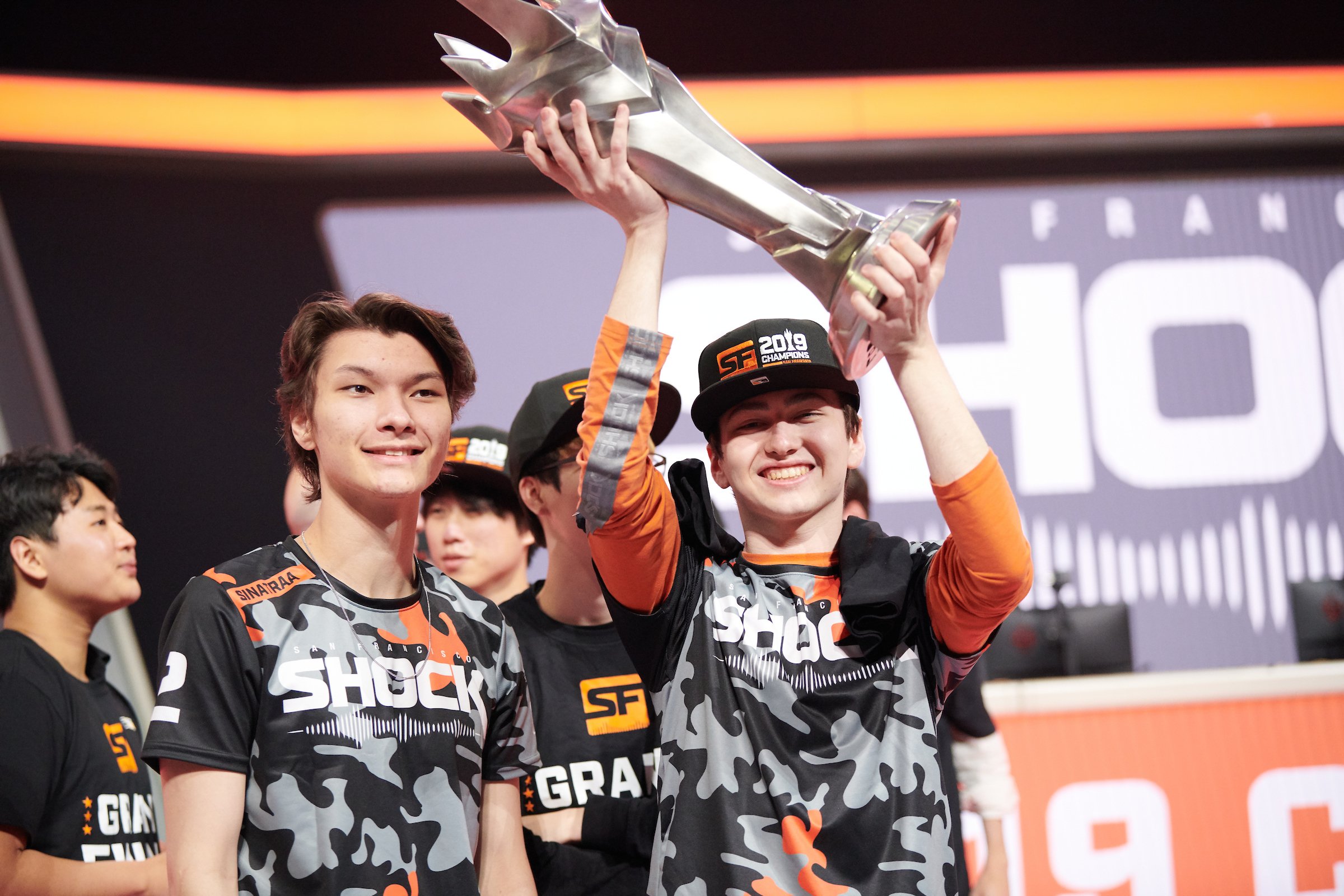 It was actually Hyo-bin "ChoiHyoBin" Choi who claimed the T-Mobile Grand Finals MVP in a vote that is '25% from fans and 75% from team coaches, GMs, league casters and analysts, and press who cover the league.'

Following a hand injury while skateboarding, Nam-joo 'Striker' Kwon had recovered in time to play in front of almost 20,000 fans at the Wells Fargo Center stage in Philadelphia, Pennsylvania.