by Alejandro Sandoval
The Russian team is the second to be out of the biggest Rainbow Six Siege tournament. Unfortunate news has arrived from the Rainbow Six Esports team, after they announced the disqualification of Virtus.pro, one of the strongest teams from Russia after two of their members tested positive for COVID-19.

Virtus.pro player, Alan “Rask” Ali, and the team's analyst, Andrey “Andreezy” Bavian, have been the ones reported by Ubisoft in the announcement, where they wished them “a speedy recovery". 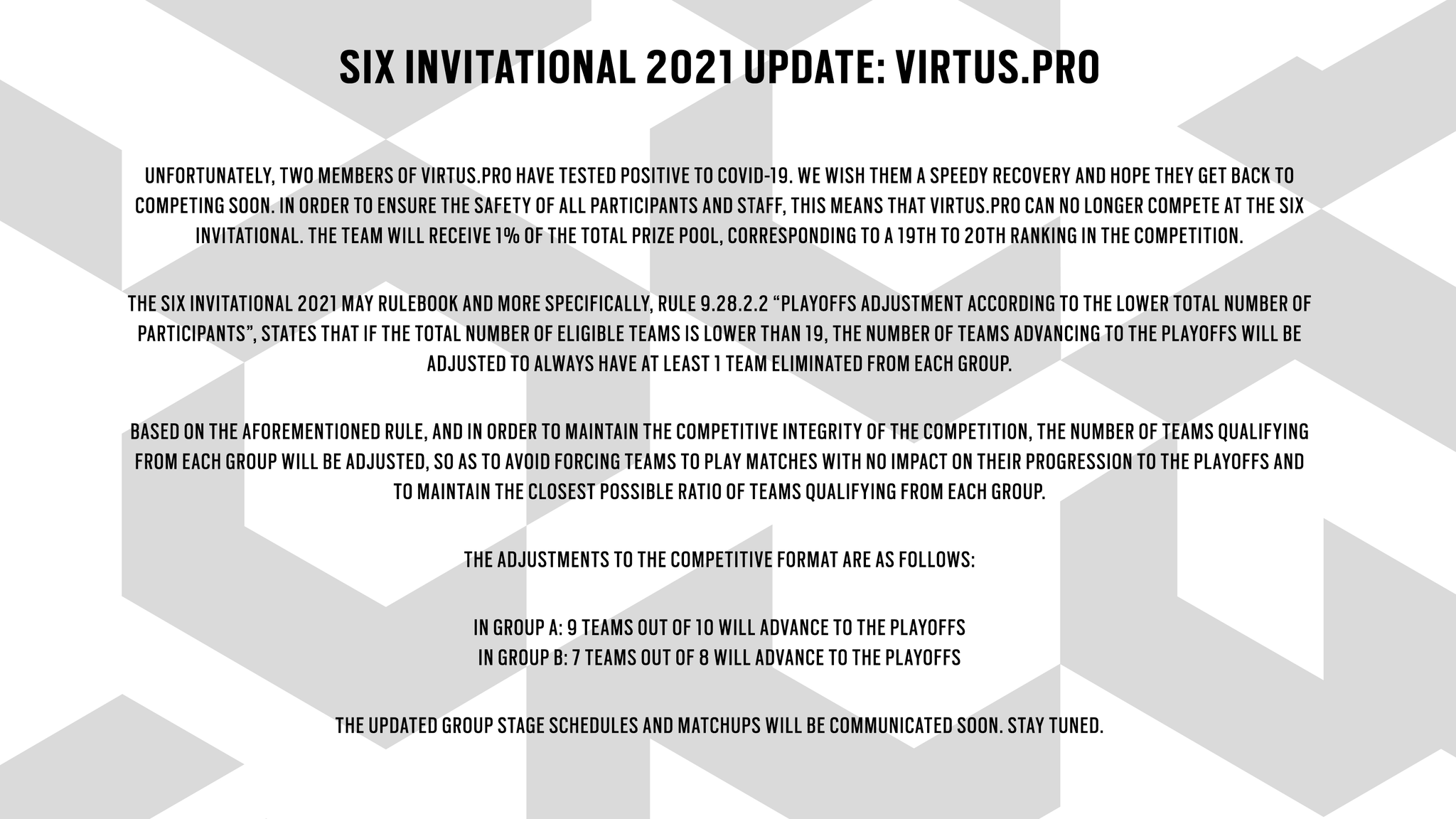 Prior to the Six Invitational 2021, Virtus.pro achieved their ticket to the event in France by collecting 660 points on the Global Standings, after finishing 4th in both splits of the 2020 European Leagues, and 3rd in both Majors from August and November 2020.

With this, the number of teams qualified for the biggest tournament in the Rainbow Six: Siege calendar has gone down to 18, after the initial departure of Wildcard Gaming from Oceania from the competition, who can't attend owing to Australia’s travel restrictions.

As a result, the seedings for the Playoffs of the SI 2021 have also been updated, with the 7th and 9th placed teams advancing into the final stages, while the bottom teams from each of the groups will be eliminated. 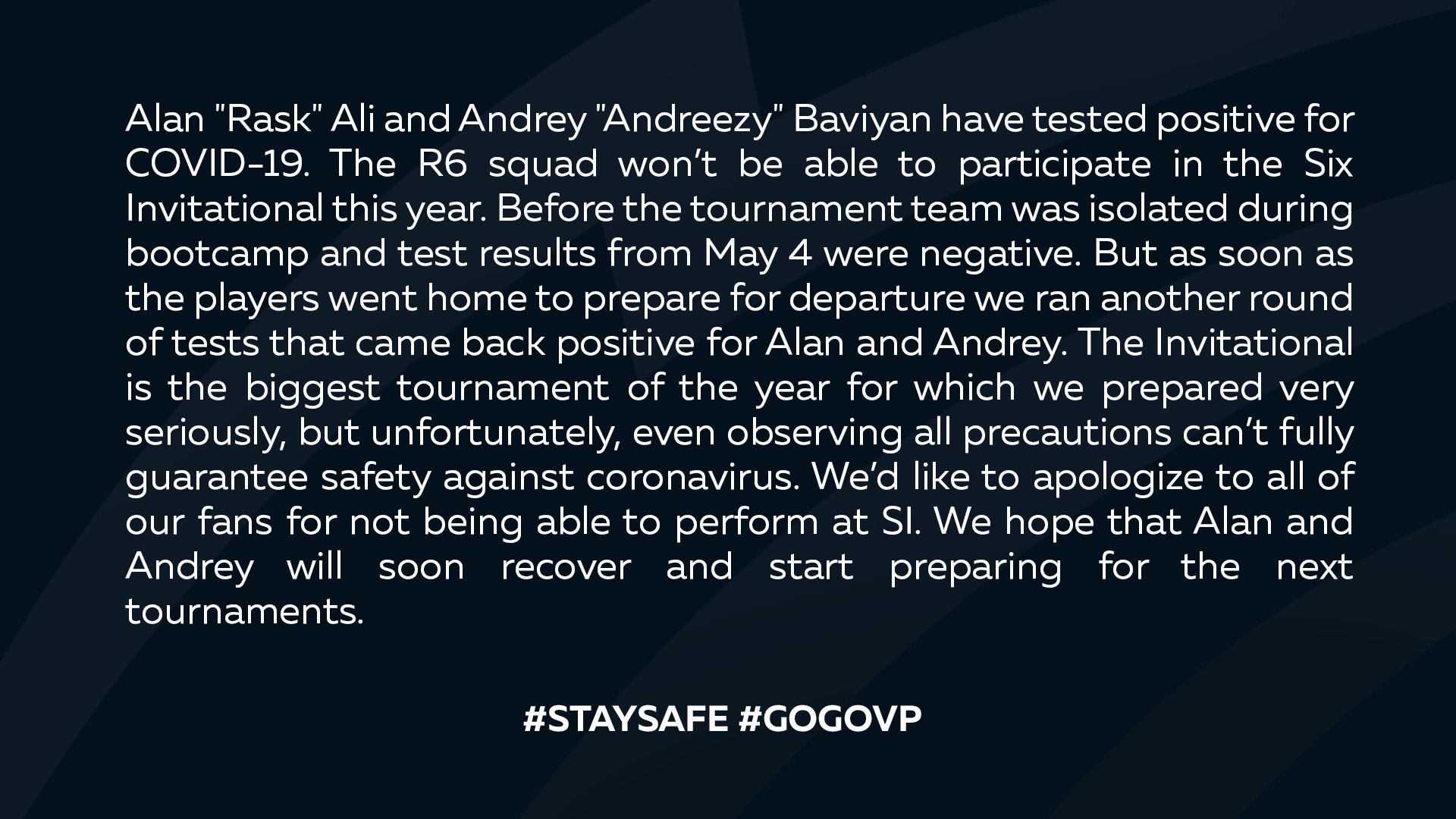 To compensate for this and as was the case for Wildcard Gaming, Virtus.pro will receive 1% of the prize pool (US$30,000), equivalent to the winnings for the teams that ended on the 19th and 20th place in the final standings.

The updated schedules will be revealed in the next few hours, while the Six Invitational 2021 will be held from 11-23rd May, with its Playoffs streamed live from the Palais Brongniart at the very heart of Paris, France.