What went on in the Rocket League offseason?

by Ben Hurst
The Rocket League Championship Series is back this weekend, with a new-and-improved format for League Play and a whole host of new rosters. Here's everything you need to know about what happened during the offseason. Published on January 27th, 2020
After a shorter-than-normal offseason (partially due to the Intel World Open), the first ten-team Rocket League Championship Series season kicks off this weekend after a number of roster changes. Hereâ€™s a recap of everything that happened prior to 18th Januaryâ€™s roster lock to get you caught up before the cars start flying.

It didnâ€™t take long for things to get spicy in NA, as Daniel "Aeon" Dunfee was removed from RBG Esportsâ€™ roster just twelve days after promoting to the RLCS. He would go on to become the only North American player to lose their RLCS spot once the dust settled and the announcements were made.

Team competition demands chemistry, consistency, and comfort, and it takes a heavy toll on players. With this in mind, Aeon will not be returning with us in Season 9. Thank you, Aeon, for your efforts. Youâ€™ll always be a part of our history and welcome here.

Things nearly went far further south from there, as rumours began to circulate that Kyle "Torment" Storer had been removed from Cloud9â€™s roster, ending a trio that had been together for well over two years. His possible replacements were soon discovered to be Nick "mist" Costello of the Pittsburgh Knights and Colby "hockser" James of eUnited. However, in the end, Cloud9 was unable to secure the buyout of hockserâ€™s contract and, to the surprise of many, the team opted to stick together. 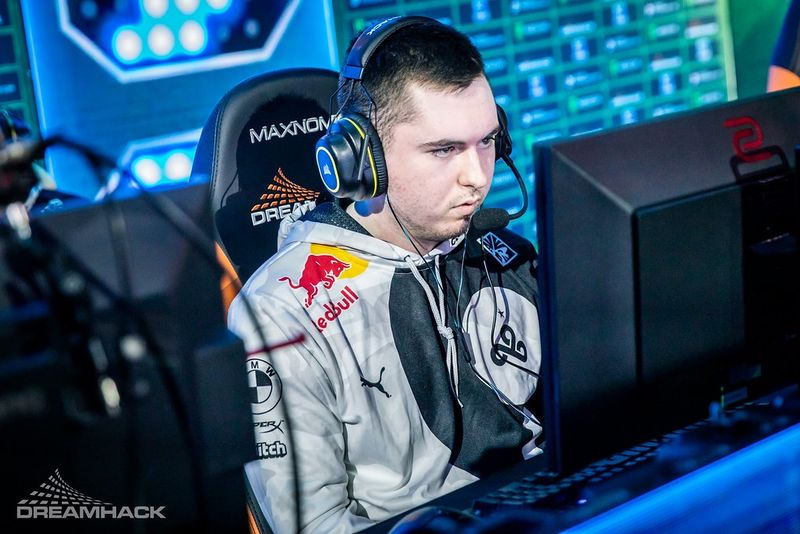 While mist was trying out with Cloud9, his teammates back in Pittsburgh wanted to ensure that, should the American leave the roster, they"d have a new third secured already. They tried out Austin "AyyJayy" Aebi and, according to Knights coach Julian "Moopy" Amador, â€œwe were extremely happy scrimming with AyyJayy, and decided that there was no turning back.â€

AyyJayy joined the Knights on January 8th, leaving mist just 10 days to find himself a new roster before the RLCS roster lock came into effect.

Many North American fans were eagerly anticipating the RLCS debut of Jason "firstkiller" Corral, with many likening his upcoming rookie season to that of World Champion Kyle "Scrub Killa" Robertson. His long history with Massimo "Atomic" Franceschi made Ghost Gaming a likely destination, and he officially joined the team on 11th January.

RBGâ€™s roster was still missing a third after Aeonâ€™s removal and Ghostâ€™s former third, Micheal "Memory" Moss was still yet to find himself on a team for the upcoming season. After leaving their organisation and forming Flight, Memory joined the team alongside Jalen "rapid" Parker and Sebastian "Sea-Bass" Bacerra. 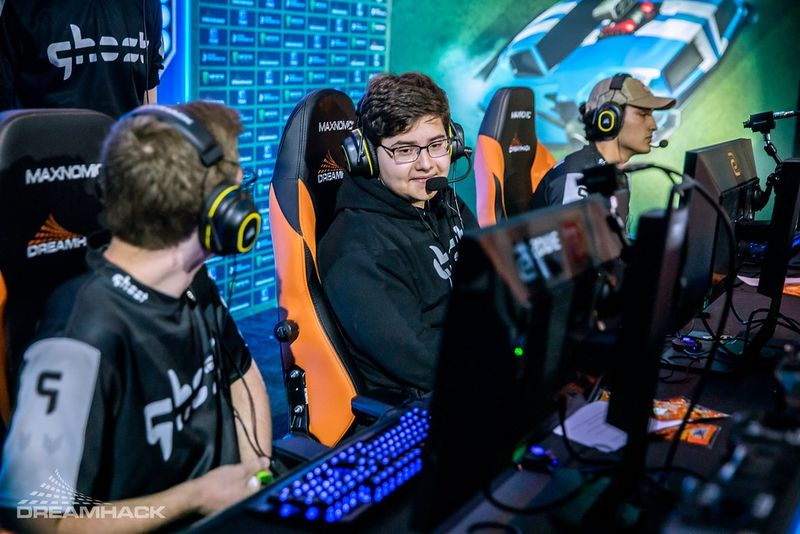 Everything had worked out, or so it seemed.

There was still one slot left to fill, on Rogueâ€™s roster. Although mist was the only player left without a new team, Rogue was not to be his eventual destination. In a turn of events surprising just about everybody, rumours began to spread that firstkiller had been removed from Ghostâ€™s roster just hours before that 18th January deadline kicked in.

Two days later, the announcement was made. Ghost replaced firstkiller with mist, and just two minutes later firstkiller joined Rogueâ€™s roster. Finally, every roster had settled and the teams were ready for game day.

Although last season saw Europe descend into madness with the disbanding of Triple Trouble, this time around the drama stayed in NA. Despite both regions having four teams change up their rosters, North Americaâ€™s changes were accompanied by far more controversy than their European counterparts.

That being said, there was one notable controversy in EU. Scrub was removed from Renault Vitalityâ€™s roster and, according to the Scotsman, the reason was that his teammates Victor "Fairy Peak" Locquet and Alexandre "Kaydop" Courant wanted to bring in a French teammate in order to eliminate the language barrier in the team.

This was something which Scrub was understandably frustrated about given Vitalityâ€™s record in 2019. Regardless, Scrub left Vitality once his contract concluded at the start of the year and he began the search for a new team. 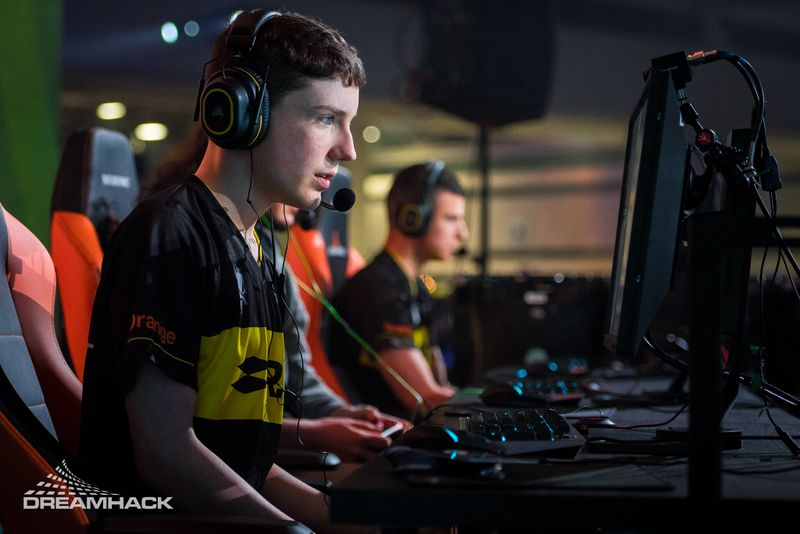 Over in the Rival Series, Complexity disbanded shortly after their relegation, leaving Marius "gReazymeister" Ranheim, Hrant "Flakes" Yakoub and Joonas "Mognus" Salo all searching for opportunities on RLCS rosters. Mognusâ€™ chance came soon enough in the form of an old friend.

TSMâ€™s performance last season was, to say the least, disappointing and Yanis "Alpha54" Champenois wanted out. Once Vitality came knocking, the Frenchman was quick to go, leaving Otto "Metsanauris" Kaipiainen and Remco "Remkoe" den Boer searching for a new third once again. Metsanauris and Mognus have a long history together, having teamed up for two years before Metsaâ€™s removal from Complexity, and so Mognus was a natural fit, joining the roster one week before the roster lock.

Much of the community was shocked when rumours emerged that Dan "Bluey" Bluett had been removed from FC Barcelonaâ€™s lineup. After all, how could the previous seasonâ€™s European MVP be kicked out of the RLCS so soon? As it transpired, those rumours were correct and he was replaced by Flakes with just one day to spare. Everyone had now found themselves a home, except for one player. 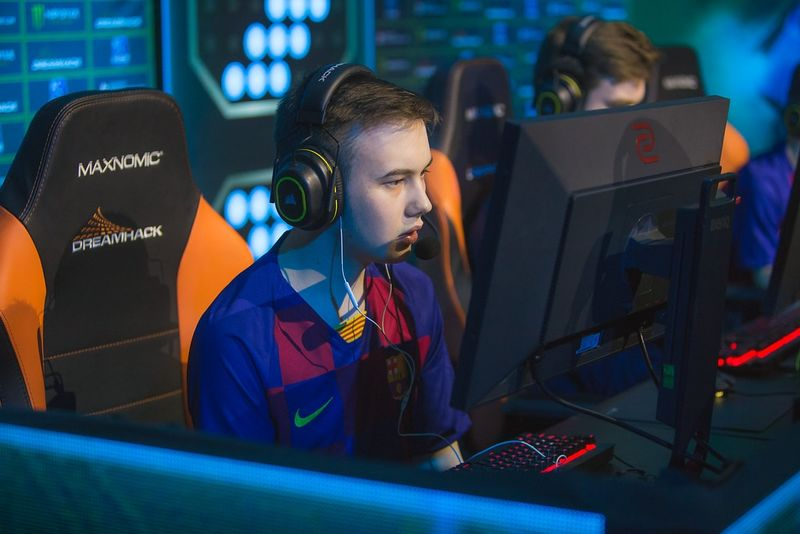 Scrub was now the hot commodity of the RLCS, with the Season 7 World Championship MVP having a number of teams willing to part ways with their third to add him to their roster. While his move to mousesports has yet to be announced, it has been heavily hinted at by both Scrub and new teammate Jack "Speed" Packwood-Clarke and an announcement is imminent.

The final move of the offseason left a second casualty of the RLCS shuffle, as Linus "al0t" MÃ¶llergren was booted out of the upper echelons of Rocket League and is now attempting to qualify for the Rival Series with a new team.

After another intense season of Rostermania, we now have our RLCS rosters locked in and ready to go. The new season kicks off on Saturday, with Pittsburgh Knights taking on Flight in the opening match. These rosters will all be fighting to prove that they made the correct decision in either sticking together or switching things up, but come the end of the season weâ€™ll know for sure who made the right call.