Nintendo adds Geno to Smash Ultimate... as a Mii costume

by Andrés Aquino
Thousands of Mario RPG fans were shocked and disappointed when the news dropped during the Sephiroth character presentation. Published on December 17th, 2020
For years, Masahiro Sakurai, creator of the Super Smash Bros. series, has been pestered with one request -- when's Geno coming to Smash?

Well, as we're gearing towards 2021, leaving all the pain, suffering, and disappointment that 2020 brought the vast majority of people, Nintendo wanted to pull one last devilish act to send us off -- Geno made it to Smash... as a Mii costume. 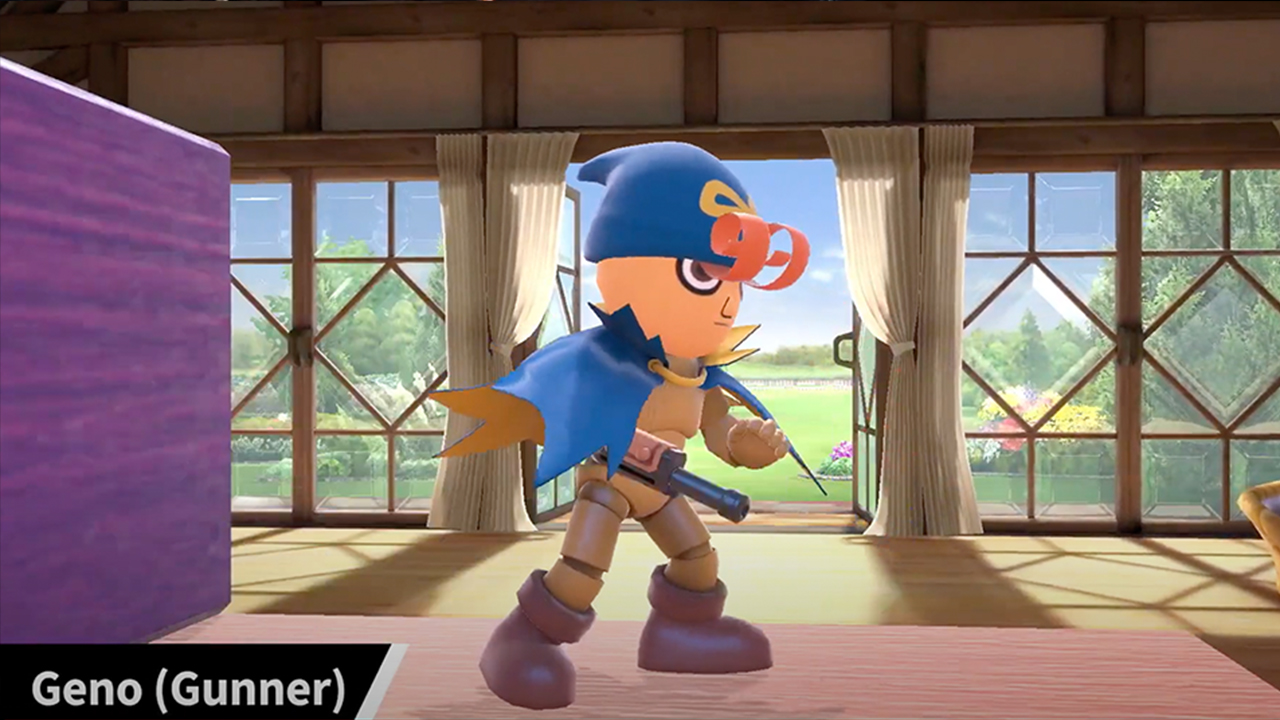 During the Sephiroth character breakdown hosted by Sakurai himself, a few Mii costumes were unveiled. Naturally, Nintendo killed the dream of seeing characters like Tifa and Barret, who were already unlikely to show up later down the line.

The real gut-punch came when fans saw the Super Mario RPG logo crossover with the Smash Ultimate one, ultimately unveiling that Geno, the warrior from Star World, would be joining the cast as an alternative costume for Mii Gunner.

This isn't the first time Super Mario RPG fans get the short end of the stick, as the character was also featured as a costume back in Smash Bros for Wii U.

Don't lose hope Geno fans, maybe third's time the charm, and we'll finally see him in all of his glory when the next Smash games comes out.