by
Sam "Initia1ise" Hapgood
Ovilee May has voiced her displeasure at ESPN’s latest show announcement - a show that seems a near mirror of one of Ovilee’s own. ESPN’s recent announcement of “Wake Up Worlds!,” a new show to talk about all things LoL and Worlds related has raised a number of eyebrows in the League community - not least from Ovilee May.

The former LCS interviewer and content creator was quick to point out the overt similarities in branding and format to her own show, “Good Morning Esports.” 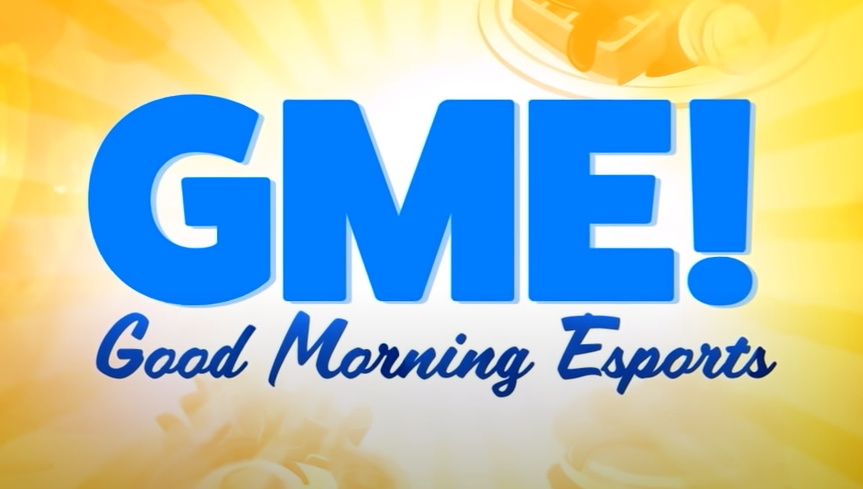 Ovilee May on TwitterWhen a multi billion dollar company copies your homework but forgets to change the name https://t.co/Eg5x53WNey pic.twitter.com/8Wi7cRKLcI— Ovilee May (@OvileeMay) September 2, 2020Ovilee MayTwitter

Ovilee did not mince words. “When a multi-billion dollar company copies your homework,” Ovilee posted on Twitter with both show titles side-by-side, “but forgets to change the name.” The blue and yellow sunrise aesthetics and peppy fonts are certainly very similar, and Wake Up Worlds! format also seems likely to be an analogue of GME.

While the optics of ESPN apparently cloning another content creator’s show and aesthetics are clearly negative, can Ovilee really claim full plagiarism? GME in and of itself is heavily inspired by terrestrial good morning shows that are common to nearly all news broadcasters across the globe. It would be a stretch to even say that creating a rival show in the same format is even unexpected, never mind illegal - look again to all the competing good morning shows that both WUW and GME are mirroring.

Froskurinn on TwitterAh yes, ESPN stealing content creators ideas because they don't have the budget to actually sign people and thus rely on pro bono appearances or stringing together different guests as burners since they never contract or pay.— Froskurinn (@Froskurinn) September 3, 2020FroskurinnTwitter
Froskurinn on TwitterLet be explicit: ESPN reaches out to brands, suggests they will work together in the future. You do work for free for a show of goodwill, they then ghost you.Respect to pundits like Emily and jaccob but what the actual fuck is this? Get out of here.— Froskurinn (@Froskurinn) September 3, 2020FroskurinnTwitter

The issue is less around poor taste, and more around ESPN’s general tactics, according to Indiana “Froskurinn” Black. “Let’s be explicit,” she says, “ESPN reaches out to brands, [and] suggests they will work together in the future. You do work for free for a show of goodwill, they then ghost you.”

Froskurinn on TwitterThis isn't about design. This is about what they do behind the scenes in working with endemic voices. They did it to me. This is just the cherry on top. Work with Ovilee to make this content and sponsor it, don't take the idea and find free guests to pad your content— Froskurinn (@Froskurinn) September 3, 2020FroskurinnTwitter

ESPN’s disingenuous behaviour behind the scenes is a lot more damning if the condemnation holds weight. “This isn’t about design,” Froskurrin reiterated when other Twitter users argued that competition and mirrored formats are to be expected or even encouraged, “This is about what they do behind the scenes in working with endemic voices… Work with Ovilee to make this content and sponsor it, don’t take the idea and find free guests to pad your content.”

As of writing, both shows are going ahead. However, whether poor optics will hurt Wake Up Worlds!, or the more alarming allegations of ESPN’s manipulative tactics will have more concrete effects on the company, is still up in the air.