by
Alejandro Sandoval
After a masterful series, the Argentinian team managed to win the championship of the first Valorant major in the region against DKS Esports. After days of arduous competition between the best teams in the region, the Valorant First Strike finals for the Latin America South area were held.

Estral Esports came in as the favourites to take the championship, thanks to their brutal performance in the qualifiers with a 7-0 record, as well as winning multiple major tournaments prior to First Strike.

DKS Esports managed to qualify for the final after a superior demonstration, in a highly contested series carried out yesterday against 9z, and in which they managed to seal their passage with a 3-0 score.

The fight for the title begins

The first game of the finals took place on Haven, chosen by Estral Esports and in which they have had an 86% win rate, with DKS having a 67% win rate. The game began with a good demonstration by Estral, racking up four round victories, with DKS only able to respond on occasion.

To close the first half, Delz1k would give an ultimatum to the pharaohs' squad, taking the first Ace of the series aided by his dominant Omen, closing this phase with a 7-5 score in favour of Estral. In the second half, a motivated DKS managed to secure four wins in a row, with Estral breaking the negative streak with the help of NagZ and Saadhak, maintaining a slight lead.

The pharaohs began to take off on the scoreboard, while the DKS dragons' were neutralized in each of their confrontations as attackers despite their good response at the beginning. 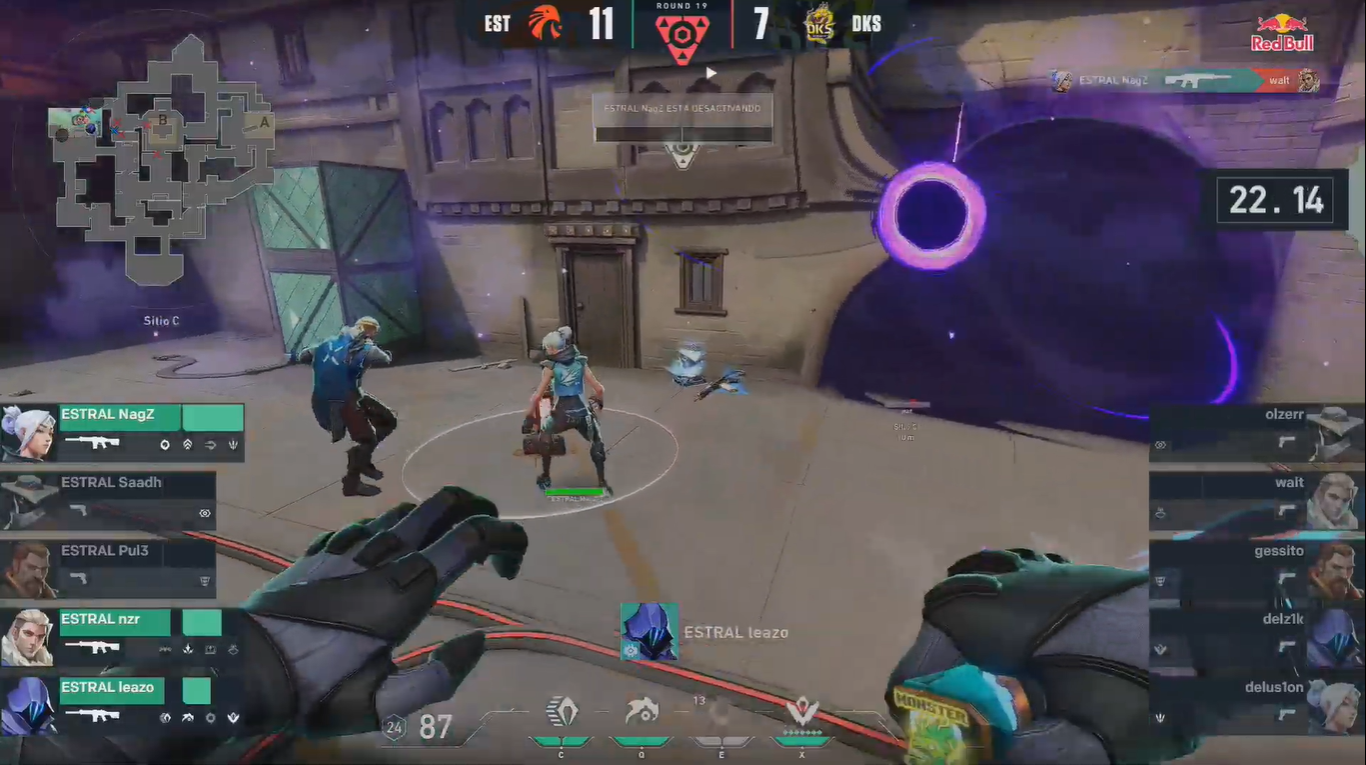 On the brink of losing, DKS managed to wake up, making it difficult for the Argentinian team to close the game, levelling the score and forcing an Overtime.

The additional rounds proved to be a breeze for Estral Esports, managing to win both games and obtaining the first point of the series with a 14 - 12.

For the second game, the showdown continued on Ascent, chosen by DKS Esports despite having worse results compared to the 75% win rate of Estral Esports. 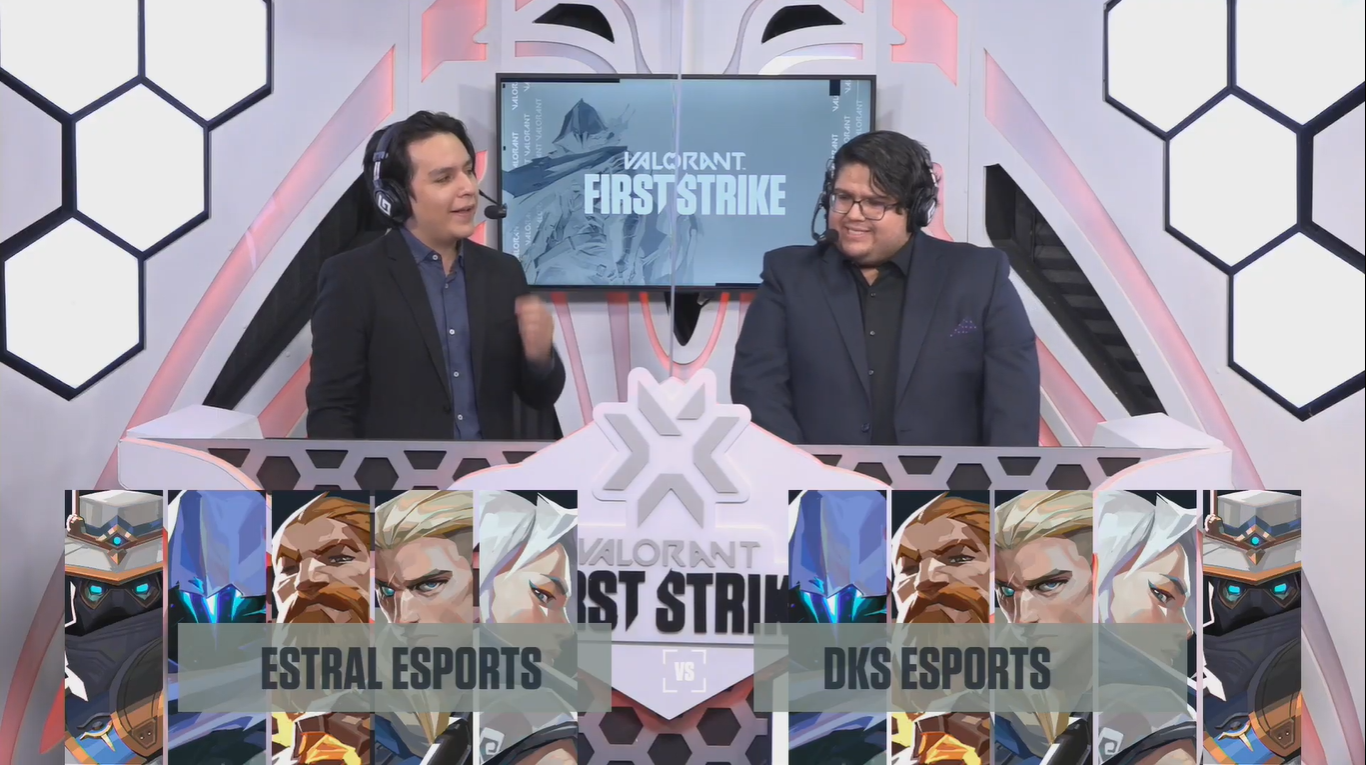 The dragons began the match in dominant fashion, taking the first four games of the round, while Estral took advantage of this to learn the strategy of their opponents and thanks to his good communication, they managed to tie the score.

DKS would not sit idly by as they responded to the attempts by Estral to take the advantage coming into the second half, closing this part of the match with a 7 - 5 in favor of the Chilean team. 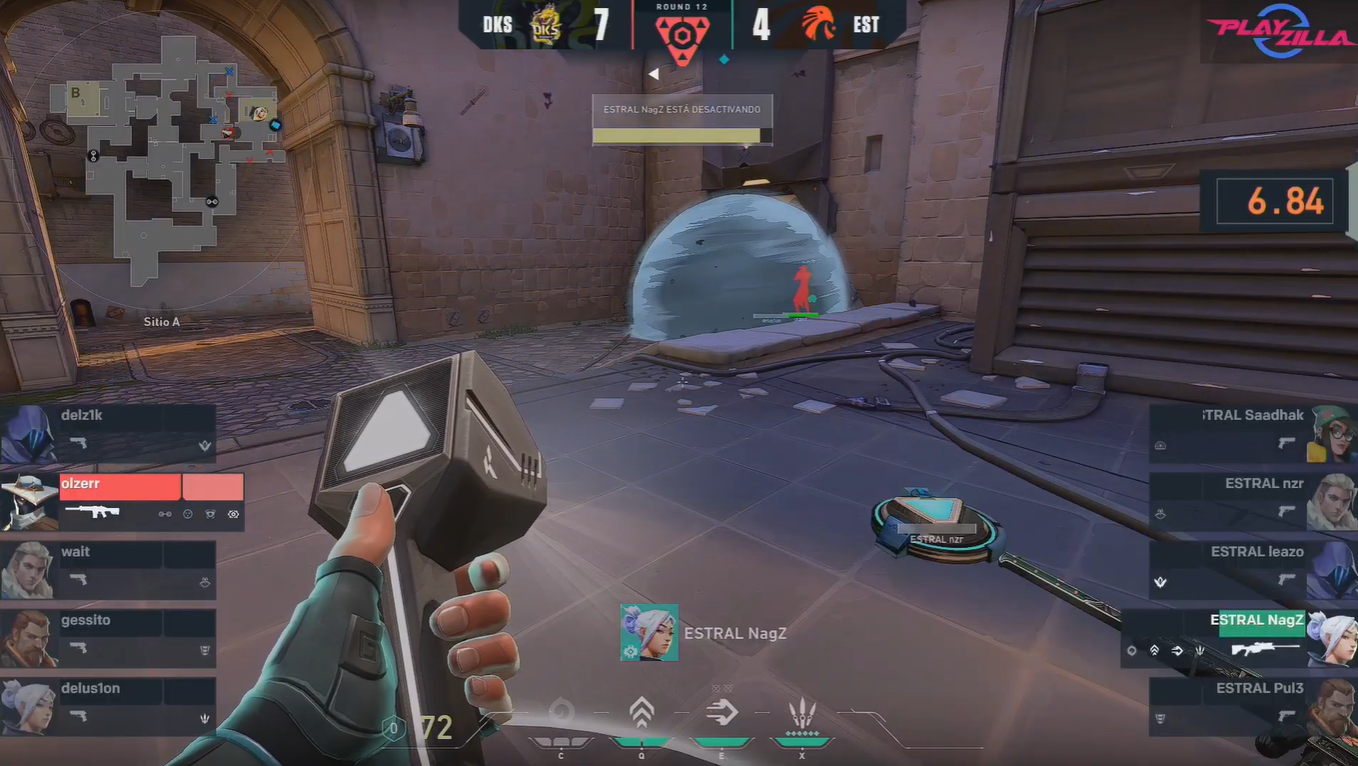 The fight remained more than even for most of the second half, with both teams having interspersed victories, as Estral tried to close their lead after a resounding start.

Towards the end and with a quadruple assassination by the Sova from Nzr, Estral managed to secure the advantage and after a last dominant game, the Pharaohs secured the second point of the series with a 13 - 10 score. 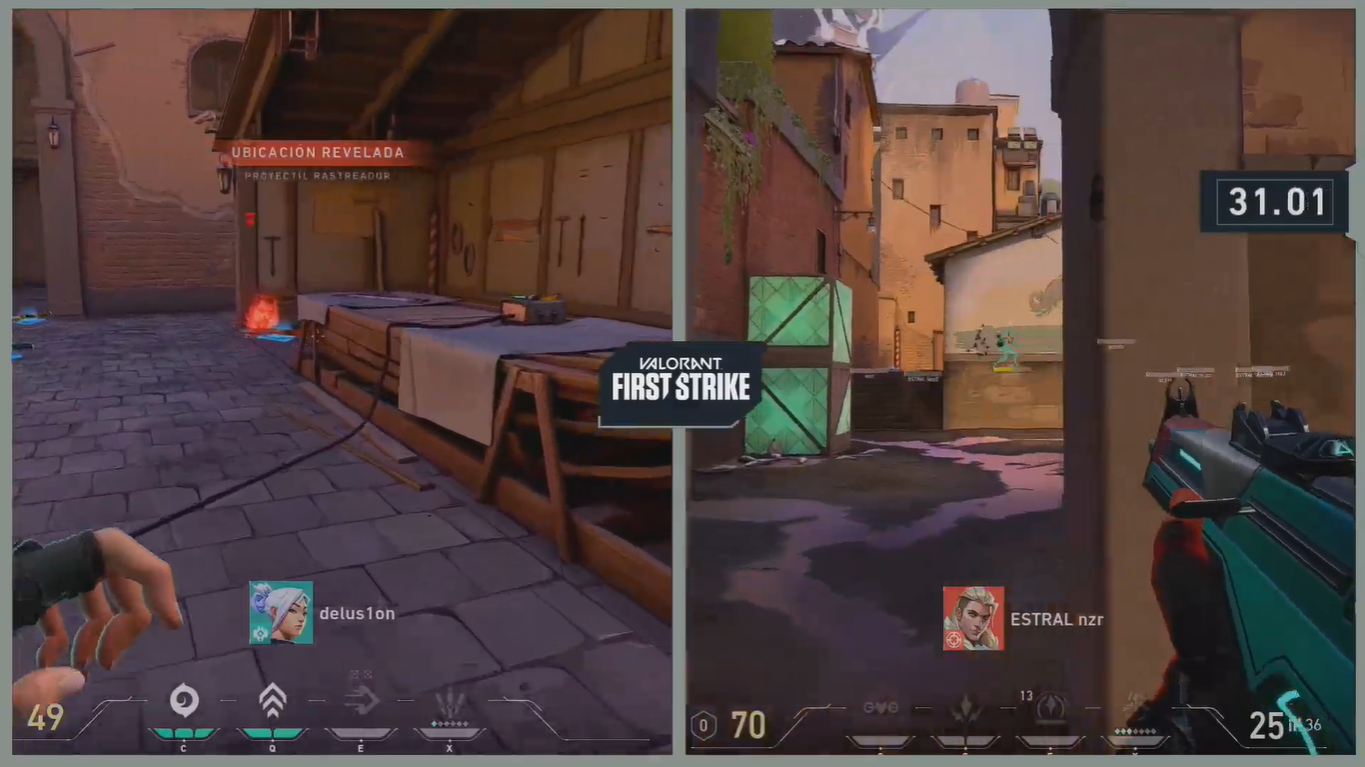 For the third decisive map, Estral decided to opt for their best competitive map: Bind, in which they have had a 93% victory ratio, and where they have only lost once in their competitive history. DKS, against everything, would fight for their survival from the defending side. 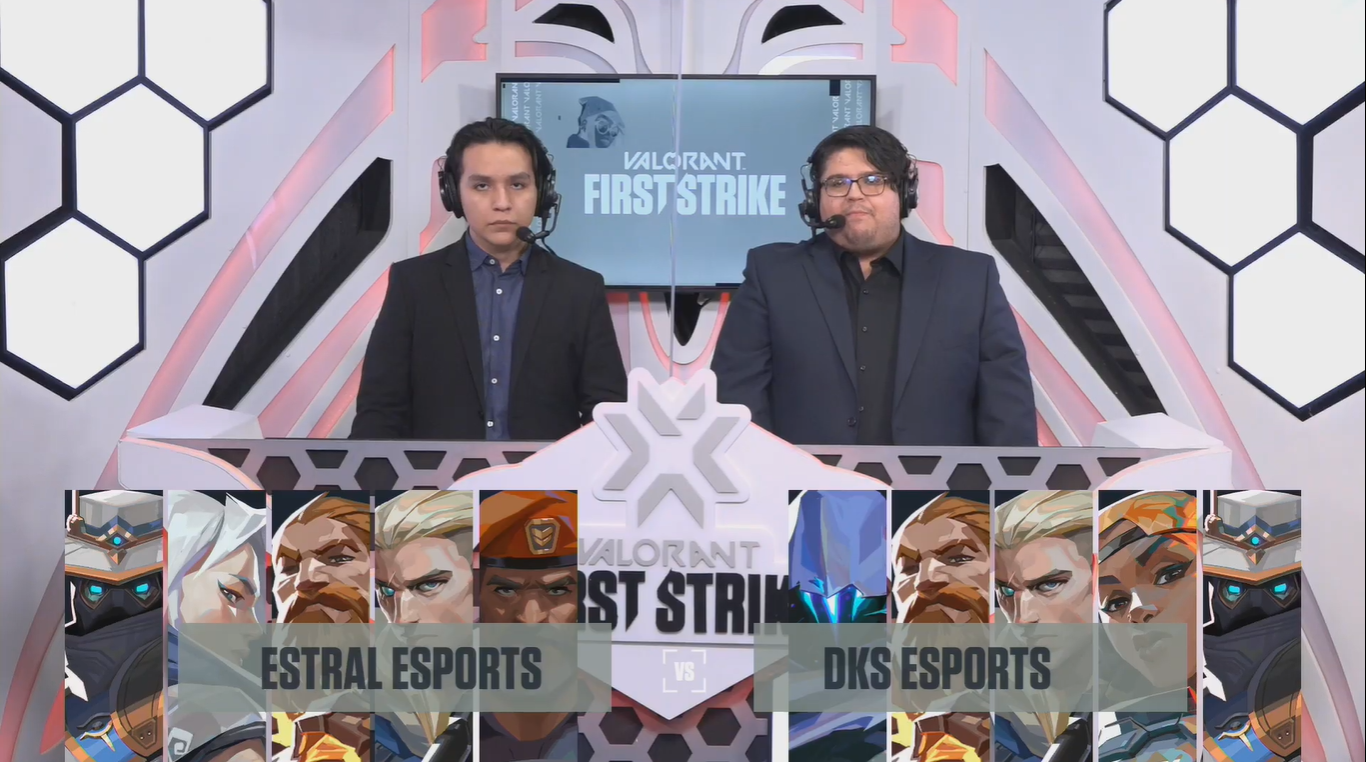 Like the previous game, DKS started out strong with a four-win streak, while Estral played it safe, taking some casualties and preparing strategies for upcoming rounds.

DKS managed to stay ahead for most of the first half, however Estral managed to step up thanks to two flawless rounds heading into the next half with an even 6-6 score 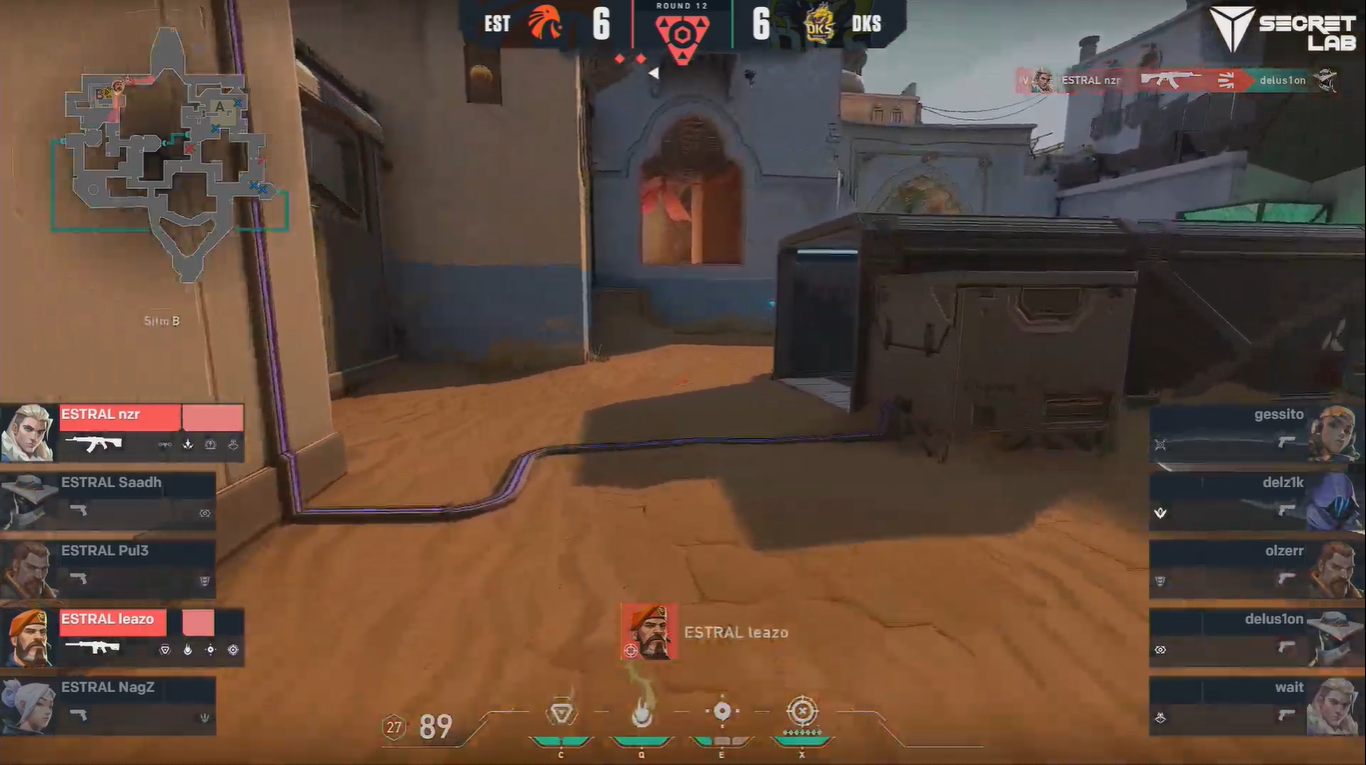 The second half turned into a total war, with the score practically tied up from the beginning and with intense frenzied clashes, which showed the fighting spirit on the part of both teams in their search for the title.

The game would be taken to OT, in which dragons and pharaohs distributed points for each side in a huge trade, but in the end it would be Estral Esports, who after a sixfold Overtime ended up taking the decisive point of the series, and with this, they were crowned as the first Valorant regional champions in Latin America South. 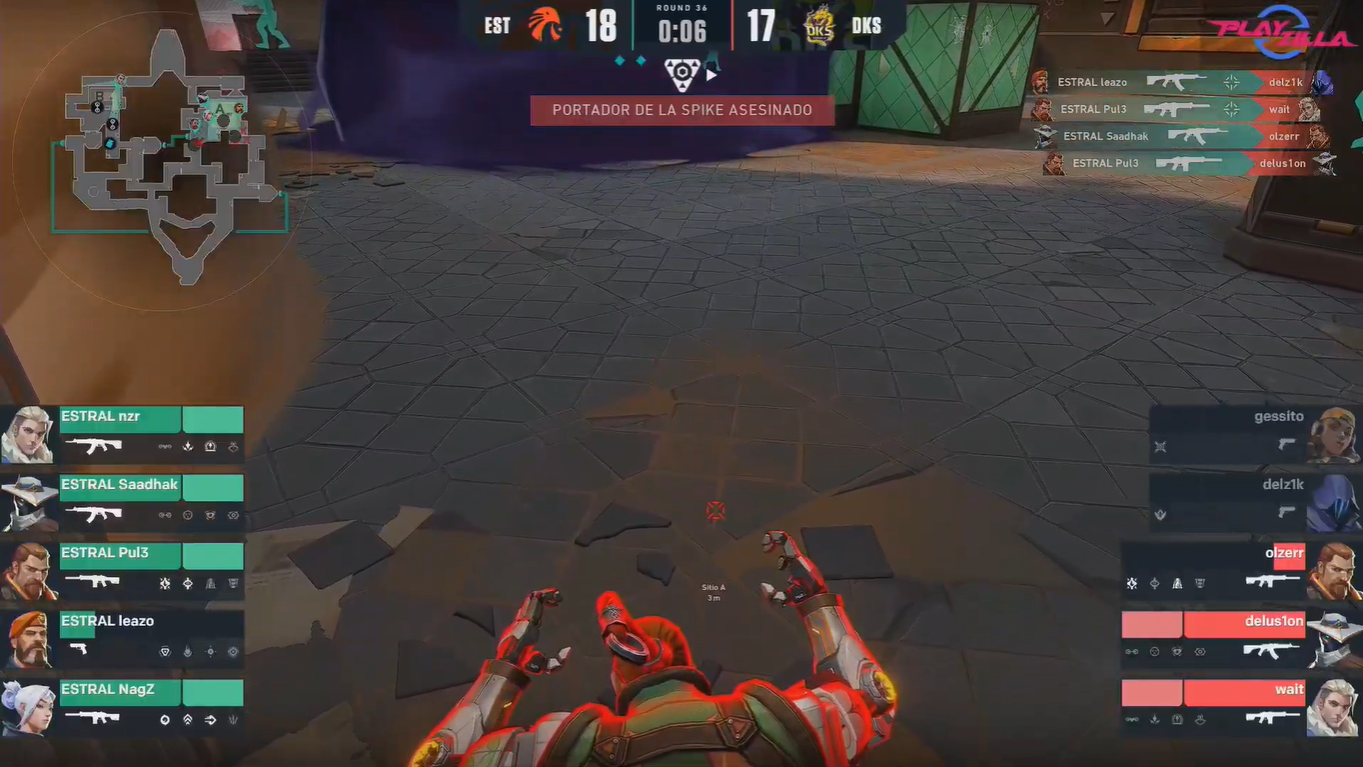 The Pharaohs squad have managed to make history in their region in one of the most contested series, finishing with a resounding 3 - 0 and establishing themselves as one of the best competitive teams in the Riot Games shooter. Congratulations to Estral Esports, the Valorant First Strike champions.