FunPlus Phoenix are widely recognised as one of the best Valorant teams in Europe, but without an A-tier tournament win to their name, they’re still out to prove their reputation.

This could happen at the Valorant Champions Tour Europe Stage 1 Masters. The event sees the best teams in Europe compete for a share of the $150,000 prize pool and VCT circuit points, which go towards qualifying for the world championship later this year.

FunPlus Phoenix have secured their spot in the Stage 1 Masters semi-finals after victories against Guild Esports and Dfuse, with their performance so far looking like winning material. They haven’t breezed over the competition however; with their match against Dfuse seeing narrow 13-11 victories on both maps.

Coach Ivan “Johnta” Shevtsov, 33, from Ukraine, is very aware however of both the team’s reputation and falling into the trap of complacency — especially as their competitors, like Dfuse and Ninjas in Pyjamas, seem to be hitting a stride of their own. 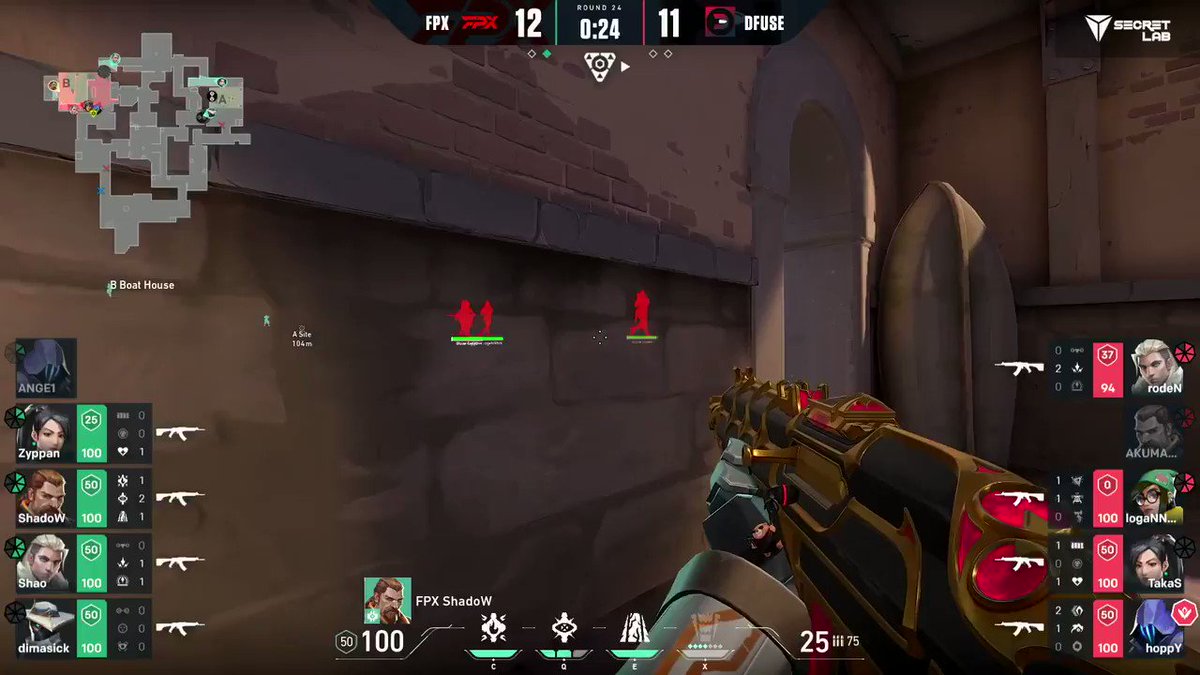 “It feels good to win [against Dfuse],” Johnta tells GINX Esports TV. “We know that Dfuse are kind of on their peak it feels like, because before they played a bit worse and now they’re playing great. I think we could win it a bit easier for us, but it’s still good to see things we need to improve before the next games. We’re not going to relax because of this win.”

Like many Valorant professional players, Johnta comes from a Counter-Strike background. He has years of experience coaching CS:GO teams like HellRaisers, Winstrike and CR4ZY, and was a pro player in Counter-Strike before that.

While the transition to Valorant clearly has financial benefits for players and coaches alike with developer Riot Games’ backing, the consistent updates with new Agents and maps, are also an exciting incentive compared to Valve’s infrequent updates to CS:GO.

“I felt actually very inspired by having a new discipline,” Johnta states about making the transition from CS:GO. “Also it was very good because a lot of things I bring from my many years of experience in Counter-Strike can be very valuable here.

“Valorant is very different in terms of variations that can be in the game, because in Counter-Strike it felt [like] a lot of things were pretty similar; it was nothing that much new. But here in Valorant, you can have a lot of new stuff almost every month, new Agents, new maps, changes in the guns. I like it a lot, it brings freshness and it feels like your mind is constantly working. Johnta has a long history as a CS:GO coach (Picture: DreamHack)

“I feel great working in Valorant, especially knowing that a lot of my experience from Counter-Strike is going to be very valuable here to my team. It can bring a lot of impact especially in terms of competing because we have a lot of rotations which we’re going to face here as a team; when we have the ups and downs when we lose or win matches, and how to keep the team focused in the right way no matter whether we lose or win. Just to bring it together as a unit and keep chasing our dreams.”

With tournaments taking place online, any official competition across regions has been put on hiatus until LAN events return. It’s hard to tell how European teams will fare against rosters in North America or Japan, but Johnta is keeping an eye on the competition.

“We definitely take a look a bit [at] other regions just to feel what’s going on over there, out of curiosity. NA is definitely way more fast-paced and people playing there are a bit more aggressive.

"Overall, I feel the EU scene and the EU meta is a bit more structured and careful, and I think a bit more stronger than NA. But it’s just a feeling, when we have the matches we’re going to see how it looks. On paper for me, EU teams look a bit stronger.”

For the near future however, FunPlus Phoenix are looking to cement their status on the European circuit with something more concrete than fan belief.

“We have a lot to prove for ourselves so it’s good to be favourites on paper. But who cares about paper, right?”