Andrés Aquino
Published: Nov 1st, 2020, 09:41
The first qualifier for the North American First Strike competition is down to only 16 teams. Here's everything you need to know. As the first event sponsored by the developers themselves to end the year, teams were hard at work practicing and, in some cases, rebuilding their rosters.

After the open qualifiers took the number of participating teams from 128 to 16, the Nerd Street Gamers First Strike qualifier is set to give us our first 8 squads that will punch their ticket for the final showdown come December.

Here's everything you need to know about the Nerd Street Gamers x First Strike qualifiers, including start time, which teams are entering, format, and more.

The second phase of the NGS x First Strike event will take place betweehn the 4th and the 8th of November. Each day one Group will play all their matches (a total of 5 per Group), leading up to the 8th where the remaining 8 teams will duke it out in a single elimination bracket to earn a spot in the First Strike event.

The four squads that get eliminated right before the semifinals will not go home empty handed, as they will automatically qualify for the Group stages of the UMG Gaming qualifier.

So, we mentioned Groups, now let's dive deeper. The qualifying even that sees 16 teams enter and 4 punch their ticket for First Strike will be split into 4 groups of 4 teams each.

Here, a mini double-elimination tournament will follow, with two opening matches deciding which squads move into the lower bracket and which continue through the upper one.  If a team is to be sent down to the lower bracket, they'll have to play one extra match to get out of Groups (a total of 3).

For teams that make their way to the quarterfinals from the upper bracket, though, only 2 victories are required to advance.

Once we get into the final 8, the single elimination bracket will kick in and, well, it's pretty much straightforward from there.

Who made it in you say? Throughout the open qualifiers, we saw a nice amount of upsets, despite this, some of the biggest teams in NA managed to secure their spot. Here's the full list:

Is money on the line during these qualifiers? The answer is no, cash prizes are not available for the qualifiers.

If you wish to know what the actual main event's prize pool is, however, Riot Games confirmed there's going to be $100,000 on the line.

You can catch the main stream over at Nerd Street Gamers' Twitch channel, which we embed down below.

At this time, it remains to be seen if we'll have different channels broadcasting the tournament. 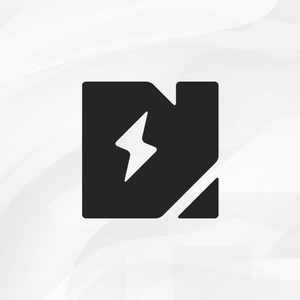