Sentinels and Version1 punch their tickets to Valorant Masters Reykjavík

by
Payton Nash
The two teams to represent North America at Valorant’s first international LAN have been locked in. Looking to continue their winning streak from VCT Stage 2: Challengers 2, where they were only five rounds away from bombing out of the event to T1, Sentinels came into the Challengers Finals looking as confident as ever, defeating Version1 and 100 Thieves in their dominant run to the Upper Finals where they found themselves up against Cloud9 Blue.

It looked like Sentinels would take the series with ease after beating Cloud9 on their own map pick of Haven 13-11, but Cloud9 fired right back with a 13-1 stomp on Split.

It wouldn’t have been unrealistic to believe that Sentinels would falter after such a crushing defeat. But if Sentinels are to be known for anything, it’s that when the lights shine brightest, they always rise to the occasion. The team rallied and crushed Cloud9 13-6 on Icebox and punched their ticket to Masters 2 in Iceland.

Heading into the Challengers Finals, Most people didn’t think Version1 had any chance at qualifying for Iceland, but they took those low expectations in stride and used them as fuel for their incredible run. Starting out the tournament with a 1-2 loss to Sentinels, but managing to hang on by defeating Andbox. Followed up by a convincing win over NRG Esports and an extremely close victory against Envy. The last team standing between them and Masters Reykjavík was Cloud9 Blue, who’ve been on quite the heater since Challengers 2. Taking 2nd place at that event and winning dominantly over NRG Esports and Envy earlier in the tournament, in no small part by Nathan “leaf” Orf’s unbelievable performance that has quickly put his name in the mix for best Duelist player in North America. 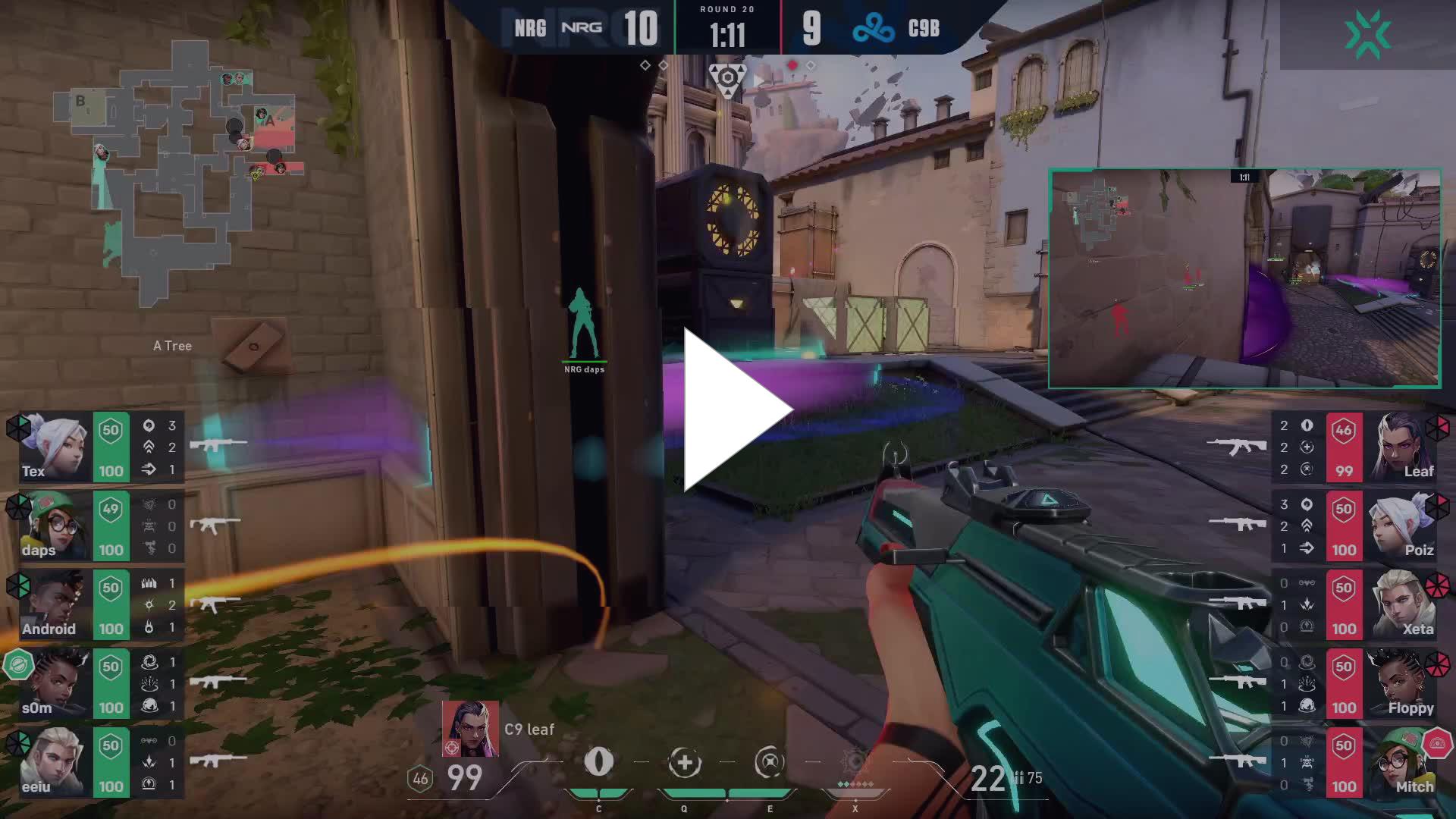 The match began with a surprising upset win by Version1 on Cloud9’s map pick; Haven. However, Cloud9 hadn’t gotten this far by giving up, and they shot right back with a dominant win on Ascent 13-5. The final map was Split and Version1 had no intention of giving Cloud9 any chance at reaching Iceland; crushing the last of their hopes with a 13-7 victory to take the series. Cloud9 were having quite the Cinderella story, but Version1 cut that fairy tale short.

Version1 and Sentinels will join the likes of Team Liquid and Fnatic from Europe at Valorant Champions Tour Stage 2: Masters Reykjavík, with more teams from other regions to join them in the near future.