Nikola Savic
Published: Apr 1st, 2021, 18:43
One of the Valorant's devs has shared a video of a really unique Tactical Knife skin, but is it real or just an April fools' joke? As you probably know by now, it's April Fool's day, which means that you shouldn't trust anything you see on the internet today.

If it looks even remotely unusual or shocking, it probably means that someone is trying to fool you with a good old April Fool's joke.

Still, with each passing year brands are putting more and more effort(and time) into elaborate April Fool's jokes, which although look obviously silly, still have that professional feeling around them.

For Valorant, this is a first-ever April Fool's day, and for this occasion, they've introduced a rather silly dating sim called Agent of Romance.

But it turns out that wasn't all Riot has prepared for this day! 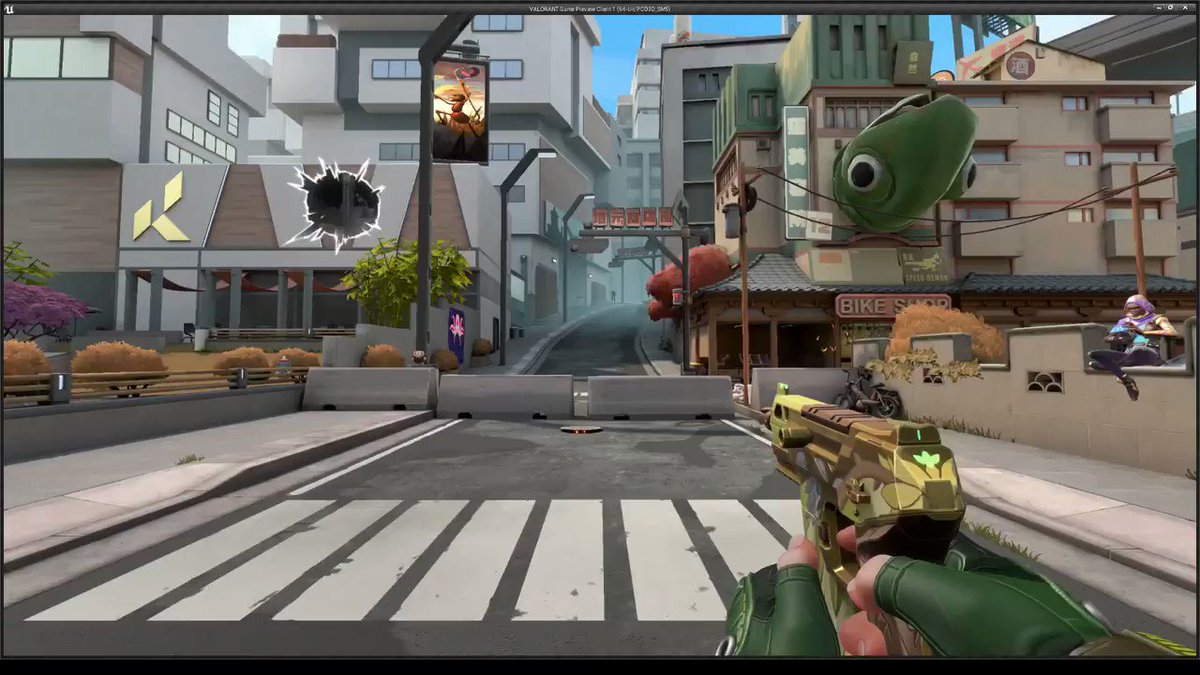 Sean Marino on TwitterWe've heard your feedback, and like with all of our skins we try to carefully craft an alternate thematic fantasy for our skin sets instead of just doing what's expected. With that, we are happy to present to you the first VALORANT butterfly [email protected] pic.twitter.com/F1kDFuZO1l— Sean Marino (@oniram177) April 1, 2021Sean MarinoTwitter

And no, as you can see in the video, it is not a "butterfly" folding pocket knife, the one that thugs like to use, but an actual butterfly, with wings!

"We've heard your feedback, and like with all of our skins we try to carefully craft an alternate thematic fantasy for our skin sets instead of just doing what's expected," Sean tweeted out. "With that, we are happy to present to you the first VALORANT butterfly knife!"

The knife is a literal butterfly that flies and lands on your arm (Picture: Riot Games)

Although this probably is just another April Fool's joke, the knife apparently does have a very real "flying butterfly" animation and fans almost unanimously agree that it looks gorgeous.

With so many positive reactions, and with animation already in place, who knows, we might actually see this knife being implemented into the game and becoming purchasable as a Tactical Knife skin.

While this knife was probably (and unfortunately) just a side-joke for April Fool's day, what definitely isn't a joke are all those leaks for a brand new Valorant map, called Foxtrot.