In every competitive, multiplayer title, you will see accusations of hacking against players. A well-known streamer from the Philippines, Mika Daime, was recently accused of hacking in Valorant, as clips and responses from a couple of Twitch streamers circulated the internet.

Let's get one thing out of the way right now: Mika Daime isn't hacking in Valorant according to Riot Games. Mika got called out by Wardell and Player1, with accusations of using an aimbot, and a post by Reddit user Ilumn1 blew up on the Valorant subreddit.

Both Player1 and Wardell noted how they think she is hacking. Check out the clip from Player1 below for reference. 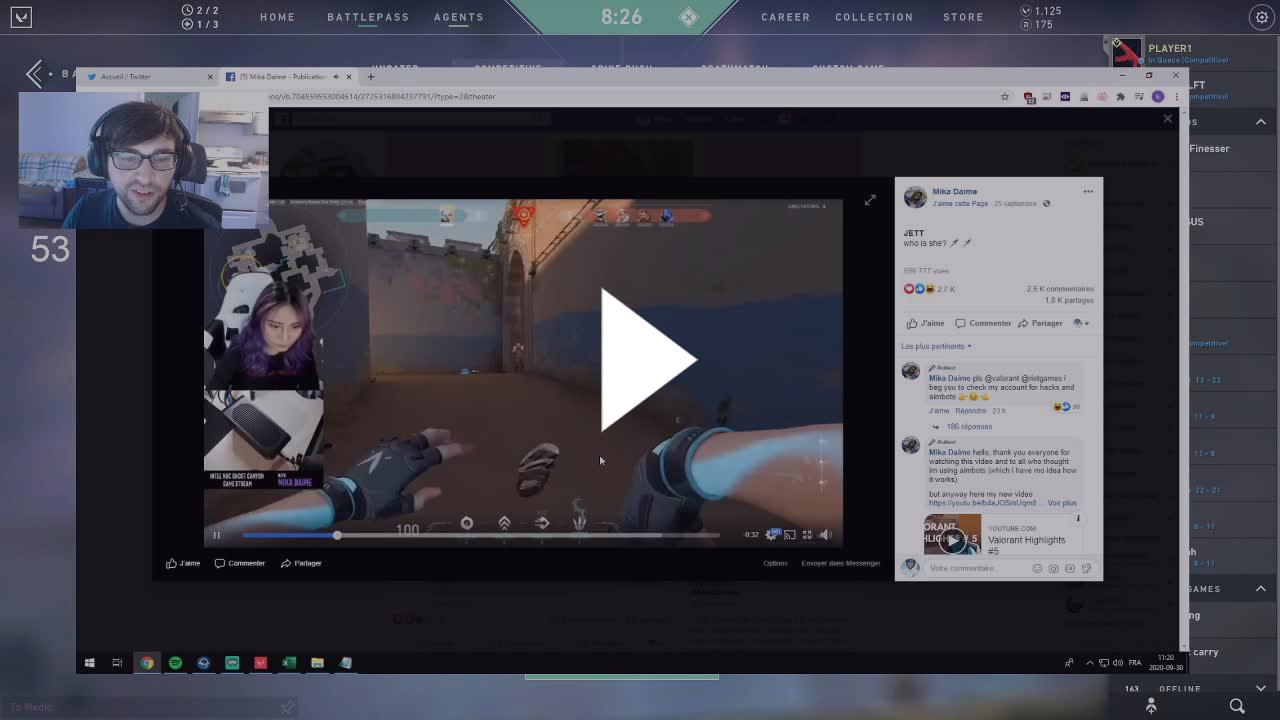 Mika Daime explained how it was input lag and her crosshair placement, and fans came out in support, noting how it was not hacking.

Since then, Riot Games have cleared the Valorant hacking accusations up, explain how after an investigation, they found no evidence of Mika Daime hacking in Valorant.

RiotRaykay explained on Reddit: "Normally, we don't want to add to the publicity of any individual case, but because this one's getting a little out of hand: Mika is innocent.

"We've completed a thorough investigation of Mika's gameplay, and while the clips might be suspicious individually, we're confident that cheating software was not utilized for the accused sessions. Keep the reports coming, but leave the sentencing to us."

Hopefully, this matter is now resolved. Mika Daime thanked fans and will be making a public statement "for formality" soon.

update from riot games but i’ll post a public statement soon for formality.

i wanna thank everyone who believed in me. ðŸ¥ºðŸ¥º pic.twitter.com/0Pu4wWJ01g