by
Daniel Conlan
"You've been wasting people's time for 30 years!" Published on May 2nd, 2021
Bill Maher convincing people he was once cool is up there with the biggest swindles in the world as egregious as Bernie Maddox's ponzi scheme or the collective mania that has convinced sections of the population that The Dark Knight is the greatest movie in the world.

Thankfully those days are well and truly over, that information now just filtered in the mind in the same place as how pot noodles used to taste.

The latest example of Bill Maher's descent into a whole life that resembles an archetype is his recent comments about playing videos.

In a clip that subsequently went viral, Maher talked about how much of a waste of time playing video games with a pomposity that would make a cardinal blush.

“You think someone 80 [years-old] is hopeless because they can’t use an iPhone?” Maybe the one who’s hopeless is the one who can’t stop using it," said Maher.

"You think I’m out of it because I’m not on Twitch? Well maybe I get Twitch, but I just think people watching other people play video games is a waste of f*cking time."

Huh? A late-night political cable talk show host, in America no less, telling people what is and isn't a waste of time? Isn't it ironic?

It was an irony that certainly wasn't lost on Twitch streamer, Asmongold aka Zack, someone not scared of offering his opinion and a man who knows a bit about video games, Twitch and wasting time.

"Bills right about three times a year and let's be honest, this is one of those times," said Asmongold during a recent live stream. He continues: "You've been wasting peoples times for 30 f**king years, what are you sitting getting p**sed off about for people watching Twitch?" 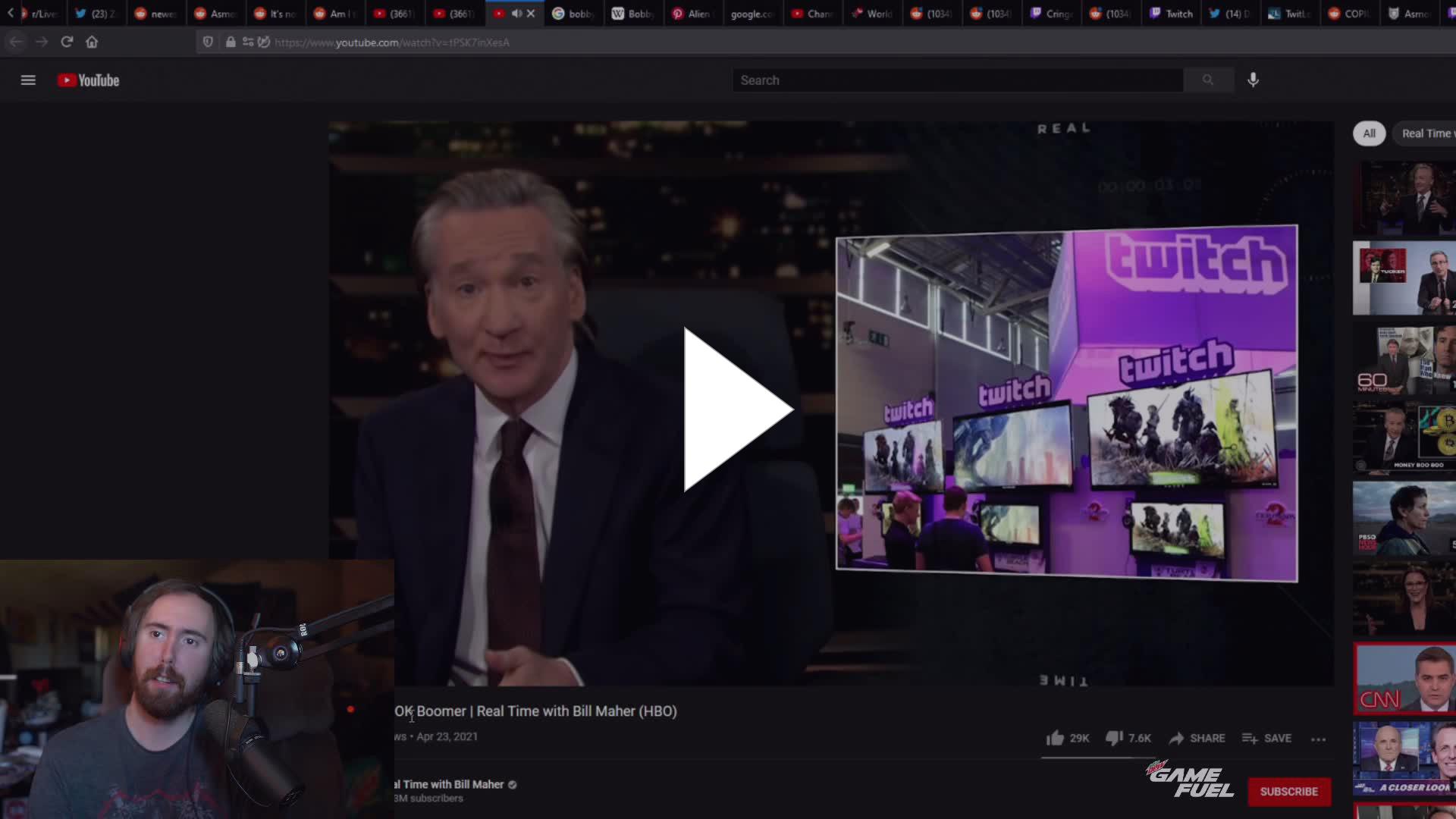 Asmongold then shared his opinion on shows like Bill Maher's and - plot twist - he doesn't think much of them.

"He sits and reads other peoples jokes, pauses, whenever they have these light-up things, and it says: 'applause'."

He then offered a comparison that highlighted the absurdity of that situation: "Imagine after every joke... I said 'LULW' in the chat."

To conclude Asmongold claims that, "Maher has always been a d**khead." Hear. Hear.