Back 4 Blood delayed to October, open beta coming in summer

by
Adam Starkey
The spiritual sequel to Left 4 Dead has been delayed to later this year. Published on March 25th, 2021
Back 4 Blood, the multiplayer survival horror shooter from Turtle Rock Studios, has been delayed to 12th October.

The new zombie shooter, pegged as a spiritual sequel to Left 4 Dead as it’s from the same team, was originally scheduled to be released on 22nd June but has now been pushed back by four months.

A post on Twitter from the studio reads: “Turtle Rock Studios is working hard to make Back 4 Blood the best game it can possibly be at launch and the team needs more time to do this. Therefore, we will release Back 4 Blood on October 12th, 2021.

“We thank our community for its continued support and are excited to share that there will be an open beta this summer.” 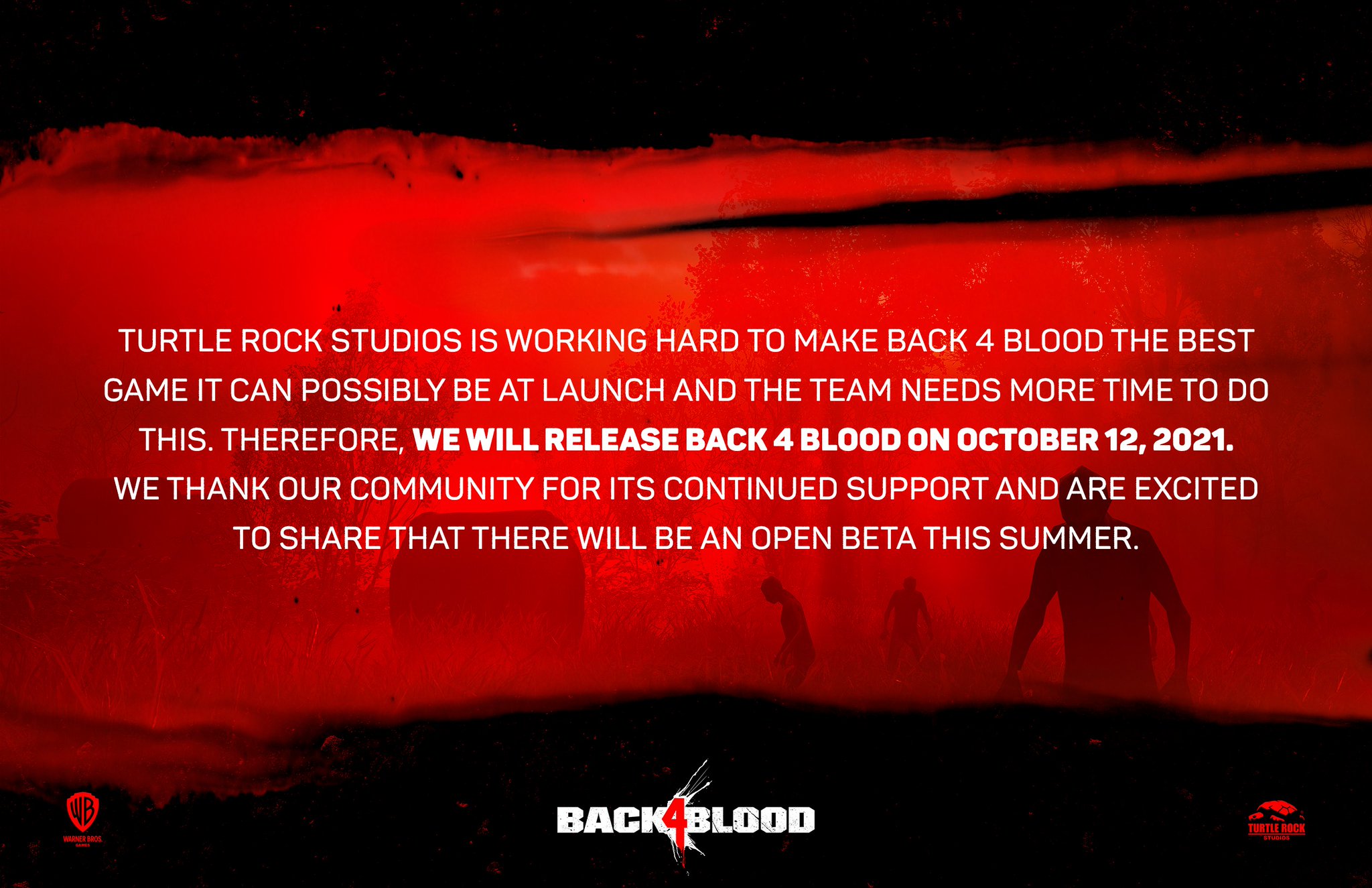 Back 4 Blood will release on PlayStation, Xbox and PC on 12th October 2021.