The Mountain from Game of Thrones struggles on Among Us task

The Mountain was an imposing figure in GoT, but when it comes to playing Among Us, it seems like he’s less competent than Joffrey was with a sword.
By Alex Tsiaoussidis - Published on September 15, 2020 It’s an impressive list. But he sure as hell isn’t a competent crewmate in Among Us, at least not based on a hilarious moment that happened on his steam.

Like all crewmates in Among Us, The Mountain was faced with a series of simple tasks he needed to fulfil in order to help his team win the round before they were all killed off by imposters. However, it seems he met his match when he struggled with the “Calibrate Distributor” task. 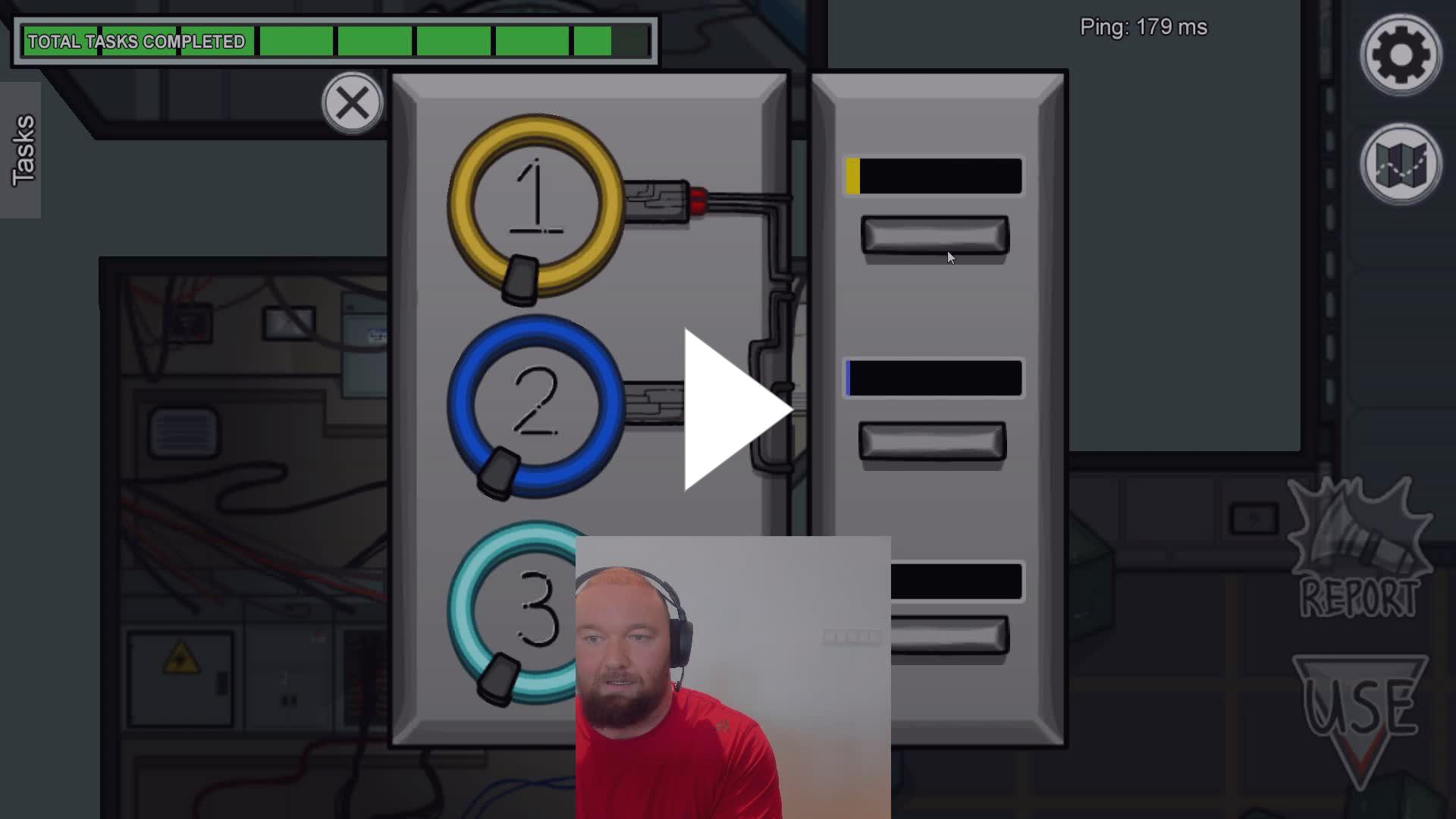 It looks complicated, but it’s actually really straightforward. All he needed to do was press the space bar at the right time on each of the spinning generators. There are three of them in total, and the first one is the slowest and easiest, while the third one is the fastest and hardest. But he struggled to get past the first one.

“This is f**king absolute nonsense guys,” he said, laughing. “Is this really this hard?” Why are my reactions so slow?” Eventually, he managed to pass the first generator. But after failing his first attempt on the second one, it reset the task and he needed to do the first one again. The Mountain had a hard time on one of Among Us' easier tasks. (Picture: Hafthor Julius Björnsson)

Luckily for him, someone reported a dead body and saved him from his misery. But a fellow crewmate couldn’t help but throw him some shade. “Okay, uh, Thor, do you… do you need help with that task?” she said, trying to hold back her laughter.

“I can’t do this!” he yelled in frustration. It was a truly hilarious moment and a good example of why watching streamers play Among Us has been such fun.

Blacksmiths on YouTube create real-life Among Us Imposter Blade
Among Us is one of the most popular gaming titles on the market today and boasts a wide range of fans. Apparently, some of these fans are blacksmiths, who went showed their fandom by creating a real Imposter Blade.
Among Us developers provide update on the ongoing 'Eric Loris' hacking situation
Among Us has had a pretty successful, bump-free road so far but that's changed with a recent influx of hackers to the game.
Among Us October Update: Anonymous votes, task bar updates, and colourblind support
Among Us October update is now available for beta testing, and it brings a slew of new features, some of them highly requested, like a colour blind mode.
Among Us streamer shuts down racist mid-game and it's a vibe: "It's 2020 and people are still doing this?"
The streamer demanded to know who was shouting the n-word while playing the indie game, and promptly left the session when no one owned up to it.
Twitch streamer Sleepy shows off ingenious bait to deal with camera campers in Among Us
The former Overwatch pro came up with an inventive idea to get rid of those crewmates that spend their entire time in the security room trying to spot the impostors red-handed.
Among Us 2: Release date, price, maps, ports & more
Here's all the official info we know about the sequel to the smash indie hit that's taken the gaming community by storm in 2020.
The Mountain from Game of Thrones struggles on Among Us task
The Mountain was an imposing figure in GoT, but when it comes to playing Among Us, it seems like he’s less competent than Joffrey was with a sword.
Among Us: How to fix the stuck in a wrong region bug
If you find yourself stuck in a server outside the one you're trying to connect, unable to make the switch, here's the solution given by the developers.
See more