by
Phoebe Dua
Teams that finished second or third in their groups during Round 1 will have one last shot at making the ESL Pro League Season 10 Finals. ðŸ™Œ Ready for Round 2 of #ESLProLeague Season 10? Mark your calendars and don't miss the fight for the last spots in the Odense Finals!

The full groups for the Americas, Asia, Europe and Oceania CS:GO teams have been revealed for Round 2 of ESL Pro League Season 10.

Group A for the Americas sees Complexity Gaming, DETONA Gaming, Team Envy and ATK fight for one spot, while Group B's Renegades, FURIA Esports, eUnited and Isurus Gaming will also have a place up for grabs in the Odense Finals. 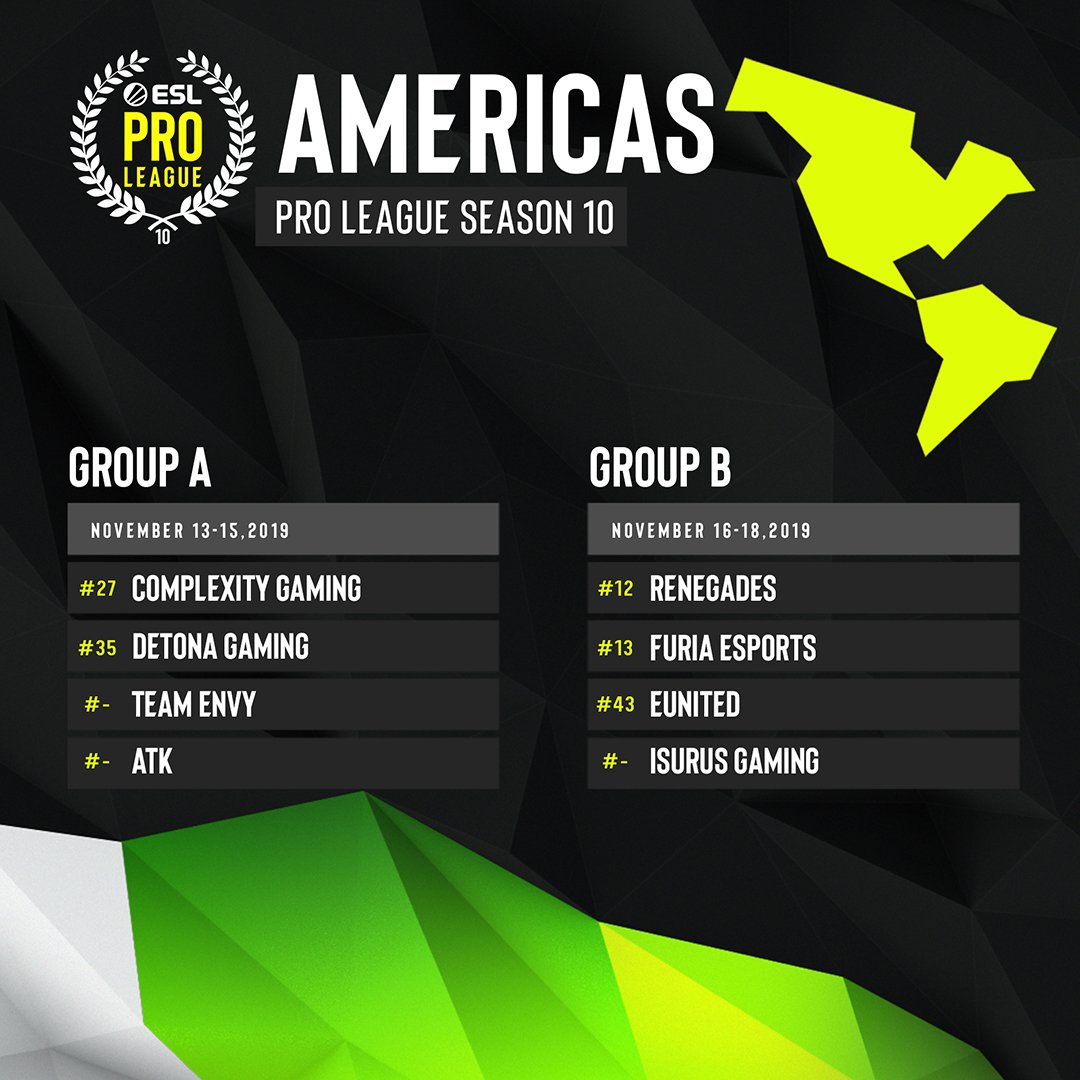 Oceania will be a predominantly Australian affair, as Grayhound Gaming, Chiefs Esports Club, ORDER and Avant Gaming compete for the chance to make it to Denmark.

Europe is the only other region with two spots and two groups as a result. G2 Esports, Ninjas in Pyjamas, North and BIG in Group A and Team Vitality, Fnatic, FaZe Clan and HellRaisers in Group B will both have a spot respectively on the line. 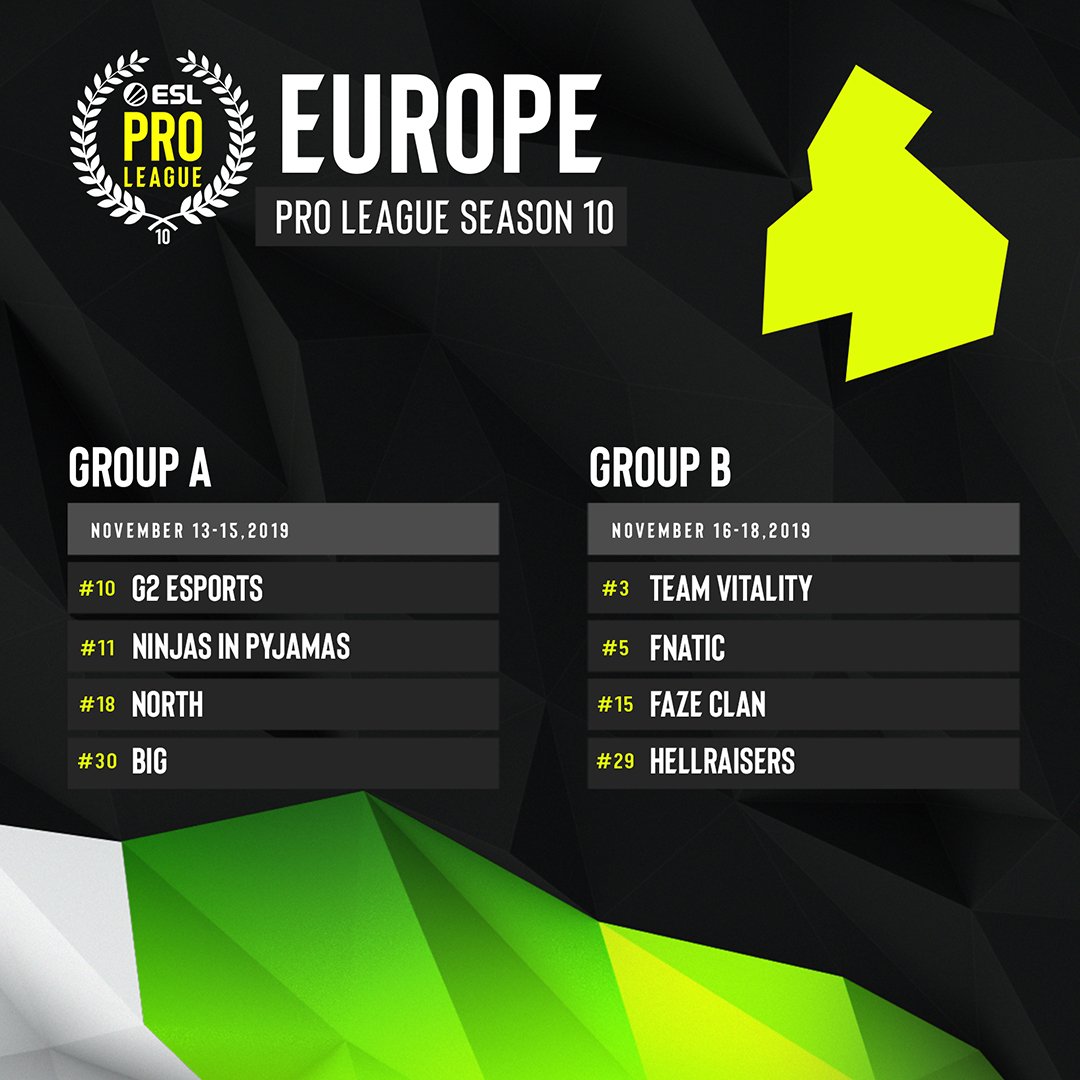 By making it to Round 2, the teams have avoided Relegation for this Season so will all return for Season 11 regardless of their performances.

After the final games on 18th November, all 16 teams will be confirmed for the ESL Pro League Season 10 Finals in Odense, Denmark from 3-8th December.

The event marks the final tournament before the ESL Pro Tour in 2020 that sees a closer relationship between ESL and DreamHack, with smaller tournaments awarding spots in the subsequent larger tournament. This has already been seen this year, with OpTic Gaming winning a spot at DreamHack Masters MalmÃ¶ after lifting the trophy at DreamHack Open Summer.