by KennethWilliams
GT’s body-stealing villain, Super Baby 2, is the newest character in Dragon Ball FighterZ. The unexpected pick was revealed at the end of the National Championship last month along with SSJ4 Gogeta. Season 3 pass owners get to play with Dragon Ball FighterZ’s newest character a little early. Super Baby 2 was a strange pick when he was first revealed last month, but the community quickly warmed up to him. Developer Arc System Works’ first showcase only showed a few of Baby’s unique powers. His first unique trait is stolen assists. After a character on the opposing team has been defeated, Baby can Parasite Takeover to use any one of their three assists to aid him in combos or neutral. This includes C Assists, which can be activated for half a Ki bar with EX Parasite.

His Ki blasts also introduce a brand new mechanic to DBFZ. On block, they work similarly to any other Ki blast. On whiff however, they return to the screen as a cross-up projectile after a short delay. In combos, the blasts will always return even if they hit the opponent.

This opens up a ton of possibilities for combos and neutral. Check out this insane midscreen loop from SonicFox using Baby’s heat-seeking Ki blasts ending in his Level 3 Revenge Death Ball. 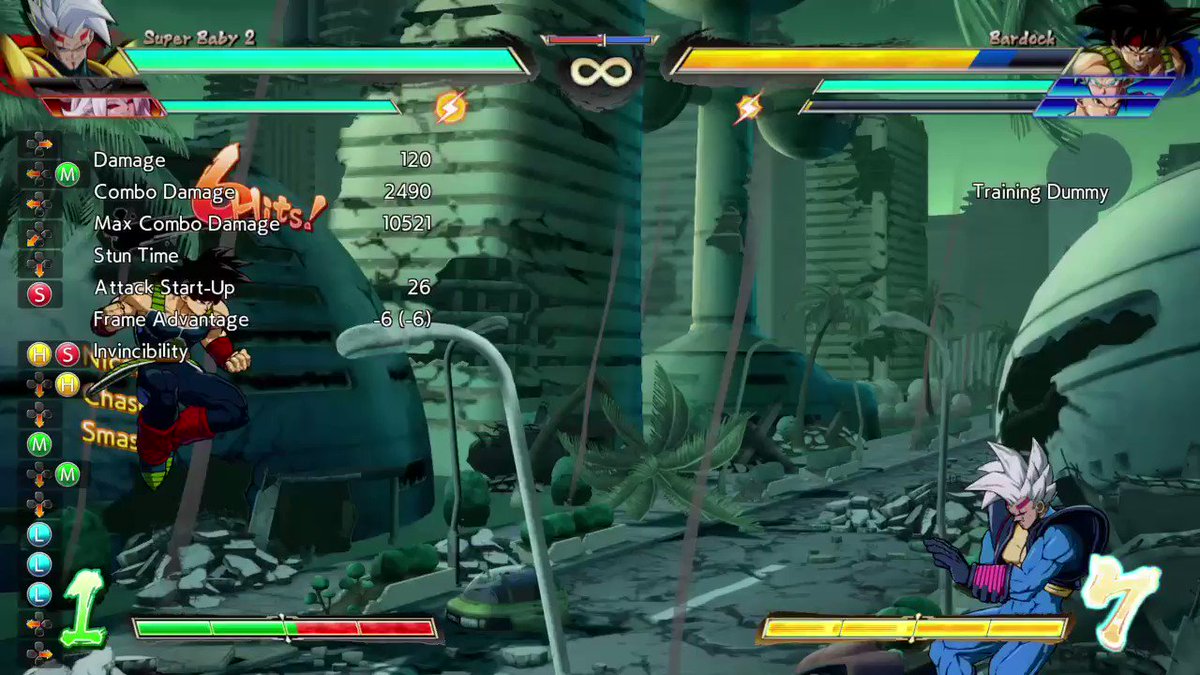 Baby brings four Super moves with him from Dragon Ball GT. His Level 1 Full-Power Energy Wave isn’t anything special, but his Level 3 Great Ape Assault gets a damage upgrade if your team has lost a character similarly to GT Goku. Instead of the monkey rampage from the trailer, he fires a Galick Gun in his Oozaru form. Pro players have already begun experimenting with Super Baby in competitive settings. Both Ultra Instinct Goku and Master Roshi saw lots of usage at the Dragon Ball FighterZ National Championship, though the latter received a hefty nerf with Baby’s addition. Panda Global’s HookGangGod has stated his willingness to drop Piccolo for him, and SonicFox is famous for taking new characters to the peak of serious play.

Super Baby is the second to last character of Season 3. SSJ4 Gogeta will be the last, though a release date is yet to be announced.