Andrés Aquino
Published: Oct 1st, 2021, 11:43
If you're a fan of FIFA esports and Ultimate Team, you're in luck, as EA Sports revealed viewership rewards for the FIFA 21 Global Series. Here's everything you need to know. EA Sports is trying to reward the most dedicated FIFA Ultimate Team players and has recently announced the FGS Player Swap Tokens for those that tune in to the FIFA Global Series of tournaments.

"The FIFA Global Series Swaps will offer one guaranteed FGS Player Token Item during each eligible event to a viewer who watches 60 or more minutes of that event. Once you earn at least two separate tokens from two separate events, you can then redeem your FGS Player token items for pack rewards in repeatable SBCs," EA Sports mentioned in a blog post. 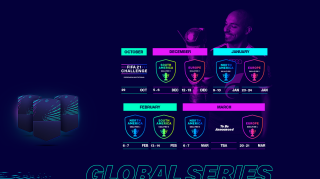 The FIFA 21 FGS is being broken down into regional tournaments this time around, and we got all the official dates and streams down below for you to check out:

Here's a quick rundown on how to link your Twitch and EA accounts to start earning Tokens.

We'll give you more info of the FGS Swaps 2 when EA Sports reveals it.