by Andrés Aquino
The first Team of the Week is almost upon us, as leagues around the world continue with their jam-packed calendars due to the COVID-19 pandemic.

As we say goodbye to 2020 and all the ups and (mostly) downs it brought, FIFA 21 players are hopeful that 2021 can kick-off with a bang, presenting a star-studded TOTW 15.

While some leagues decided to take their scheduled winter breaks to let teams rest up and prepare for the final stretch of the season, the COVID-19 pandemic has forced many major competitions to power through with a tight calendar that ensures TOTW 15 will be filled with talent, though some game's in the Premier League were called off after players and staff tested positive. 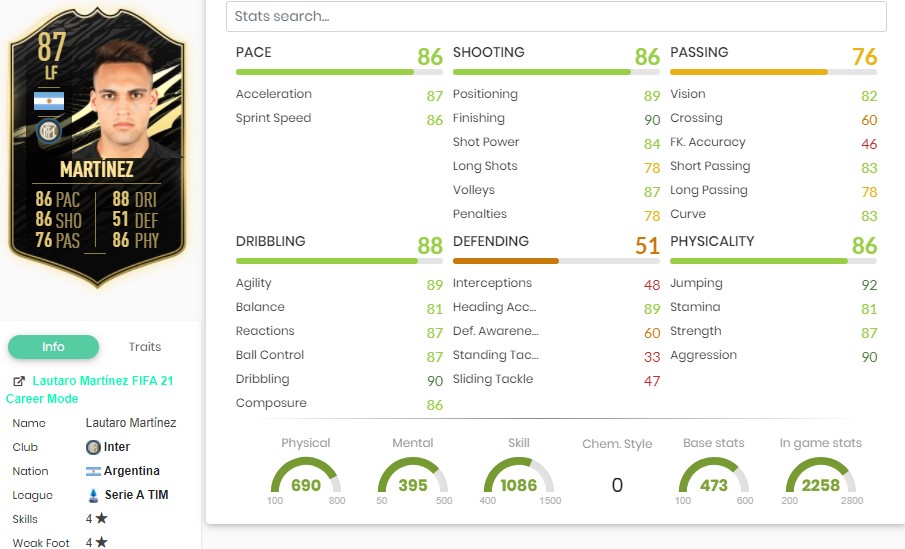 Lautaro Martínez went to 87 OVR (+3) the last time he was awarded an IF card. (Picture: FUTBIN)

The Premier League's biggest game was undoubtedly Chelsea facing off against Man City. Guardiola appears to have found a better balance with his side and they cruised to a 3-1 victory with De Bruyne and Foden impressing. We have plumped for midfield maestro Ilkay Gündogan though for our team of the week who bagged a goal as he helped control the midfield. De Bruyne was in top form but his inclusion in TOTW 14 means he'll be out of luck this time round. (Picture: EA Sports)

Over at the Bundesliga, Liverpool loanee Taiyo Awoniyi has confirmed the 20/21 season as his breakout year, adding a goal and an assist in Union Berlin's victory over Werder Bremen, reaching a total of 5 goals and 2 assists in 12 matches.

That man Lewandowski also can't stop scoring, he grabbed two and an assist as Bayern Munich strolled to a 5-2 victory versus Mainz 05.

FIFA 21 TOTW 15 players are available from 6th January (6 pm UK) and will be in FUT packs for seven days.