Kevin Wolff
Published: May 10th, 2021, 16:08
A recent tweet from the official Fortnite account suggests we may be in for yet another DC Comics x Epic Games crossover. Here’s all the latest breaking information on the potential debut of Beast Boy. As Chapter 2 Season 6 of Epic Games Fortnite Battle Royale rolls along, we continue to see more crossover promotions. Most recently, Epic Games has been teaming up with the popular DC Comics to provide gamers with all of their action-hero needs.

To kick things off in Season 6, Epic Games introduced a new Harley Quinn outfit, allowing gamers to play as the Joker’s girlfriend. Just last week we saw the debut of the Batman Zero skin, and now it looks like we’re set for even more.

A series of tweets posted to the official Fortnite account suggested the Battle Royale was clearing ground for another DC Comics hero. And the timeline certainly matches up with the release schedule. 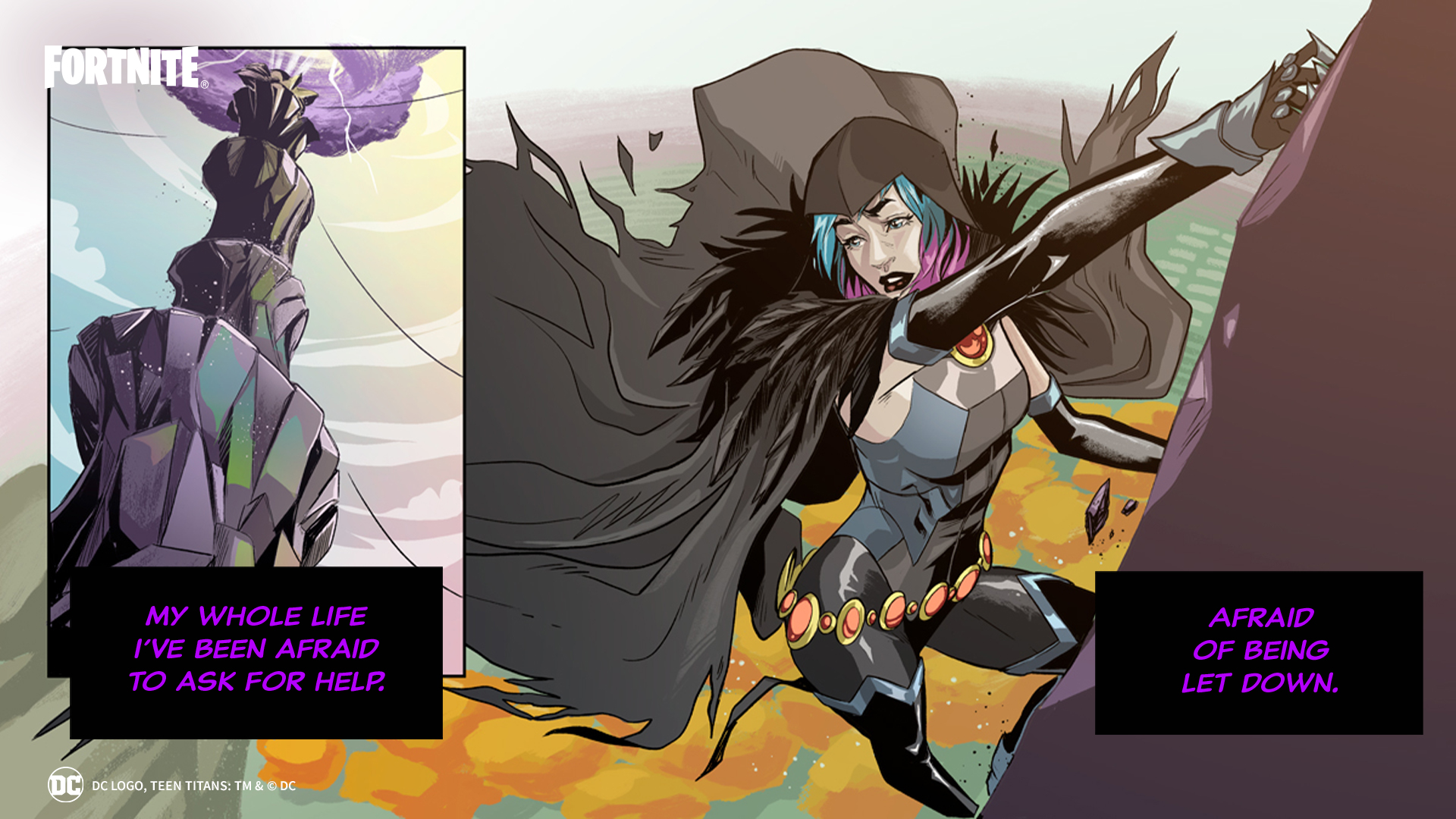 The silhouette in the comic scene posted by Fortnite certainly resembles the Beast Boy character. And the fact that his partner, Raven, is the other character in the scene only further cements the speculation.

While the Batman Zero skin released last week, there is over a one-week gap until the next scheduled DC Comics release into the Fortnite item shop. This could absolutely mean enough time for Epic Games to sneak in Beast Boy.

Seeing that the only hints at this time are the two comic scenes posted to Fortnite’s Twitter, it is possible that Beast Boy could arrive in-game as an NPC. For now, here is the updated remaining schedule for the DC Comics x Epic Games crossover.

Make sure to keep our Fortnite tab bookmarked for any updates or breaking news on the Fortnite x DC Comics crossover.