Nikola Savic
Published: Mar 12th, 2021, 20:19
This new global collaboration with Kodansha will bring to the game a lot of content based on several of the main characters from the Attack on Titan series. After being announced more than a month ago, the new collaboration between Free Fire and the globally acclaimed Japanese series, Attack on Titan, has finally arrived at Garena's battle royale.

This collaboration, as with One-Punch Man, will bring a lot of content based on many of the aspects of this action survival series, highlighting big changes around the game and new content based on some of its most iconic characters. Starting with the skins, the first to arrive are those being one of the most anticipated of the event.

We are talking about Eren in his Attack Titan transformation, which is now available within the game through a gacha mini-event, with this skin being the Grand Prize.

Alongside this, in the coming days we can expect various skins based on the Armored Titan, and on two of the favourite characters throughout the anime community, Mikasa Ackerman and Levi. 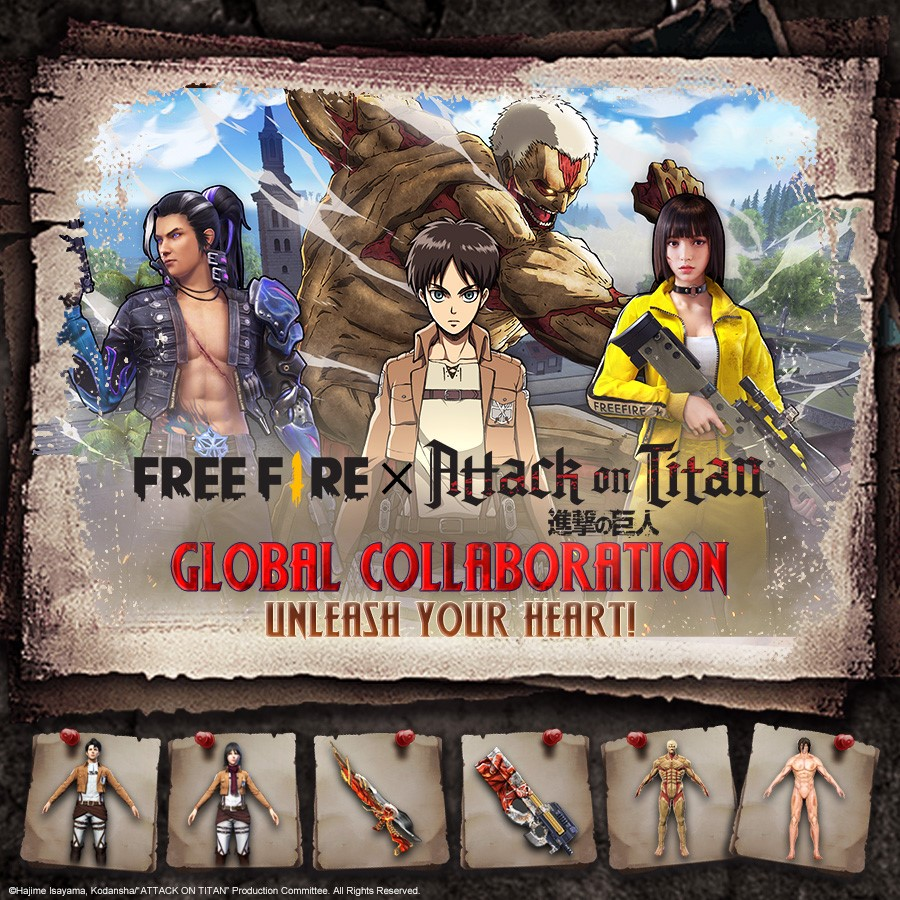 To close the wave of releases, new weapon skins based on the Colossal Titan and the Firearms used by the characters of the series to defeat the Titans will also be available.

Free Fire x Attack on Titan: Changes to the game

As part of the new collaboration, different aspects within the game will also undergo a temporary change, which will be reflected just by entering the game where we can see this new home screen. 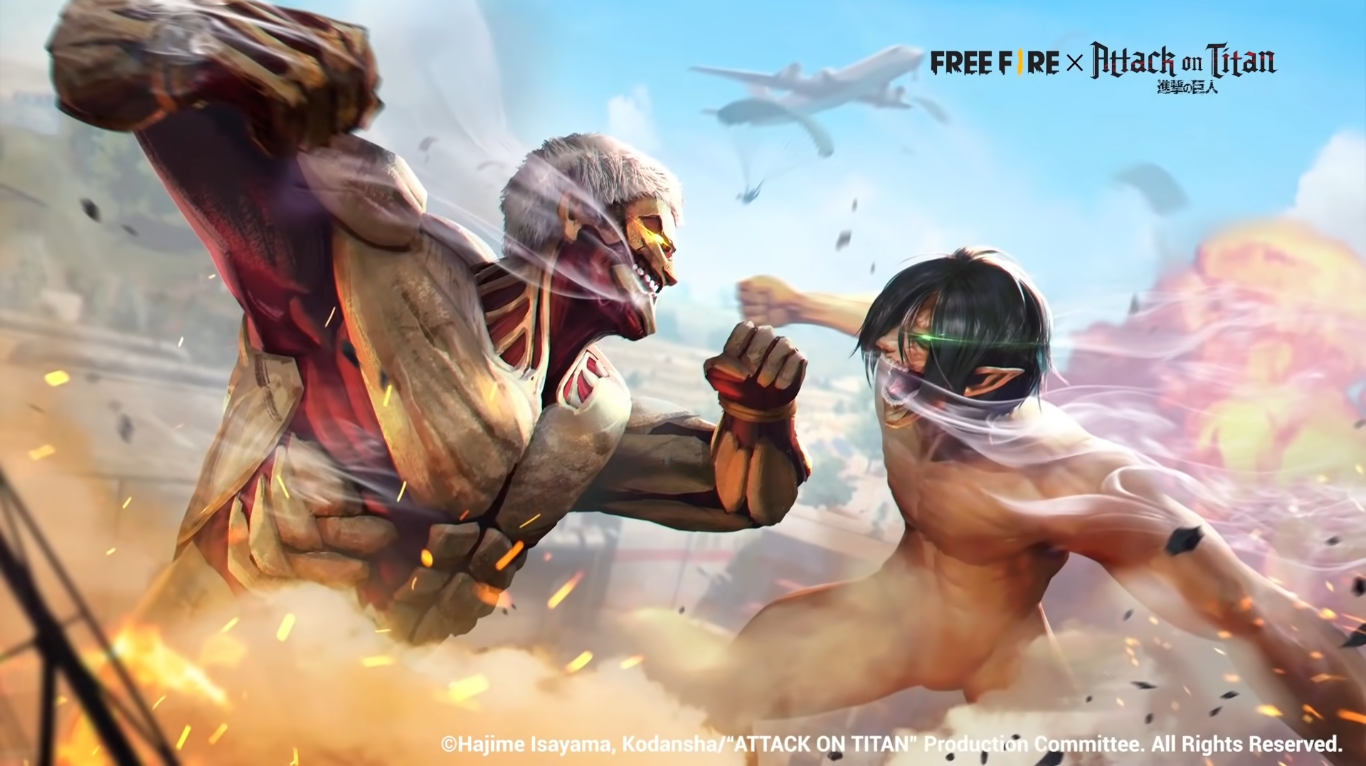 The main theme of the menu has also changed, presenting in the background a dark but quite epic atmosphere, accompanied with a remix of the Free Fire theme combined with the well-known Attack on Titan opening, Guren no Yumiya.

In addition, the styles of the aircraft and airdrops have also been updated. While the former will be customized like the Survey Corps uniforms, the latter will display the insignia of each of the three Regiments in the series.

Finally, a new game mode created for the event will be available this 27th March, about which Garena will release more information in the next few days.