by
Alejandro Sandoval
New terrifying bosses will appear around Teyvat, as well as some new story quests to expand Genshin’s storyline. After much waiting, miHoYo has revealed all info around Genshin Impact Update 1.5 known as “Beneath the Light of Jadeite”, which brings an abundance of content such as characters, weapons, new mechanics, quests, and more.

As part of the featured banners within the new update, both Zhongli and Eula will receive a new Story Quest to expand their lore and learn more about them. 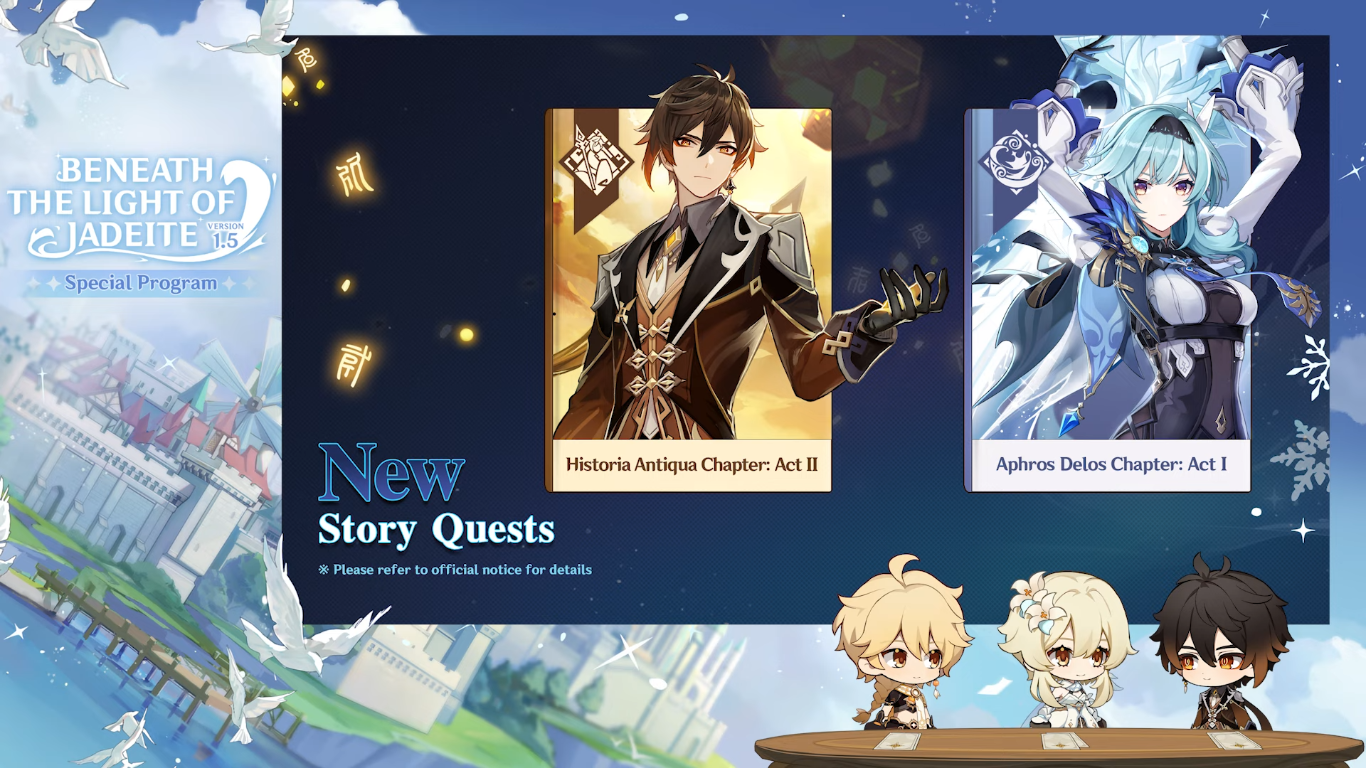 In the case of Zhongli, the Geo Archon will receive a new Act in his own chapter, Historia Antiqua, after the release of its first Act on Version 1.1.

In Act II, Zhongli and you will have to face the dragon Azhdaha, a very powerful Geo beast that poses a serious threat to Liyue and its people and let’s say, it also has some history with Zhongli.

This will be followed by the debut of Eula, the new Cryo Claymore wielder which will have its introduction in the chapter “Aphros Delos”. More details about this one will be revealed later. 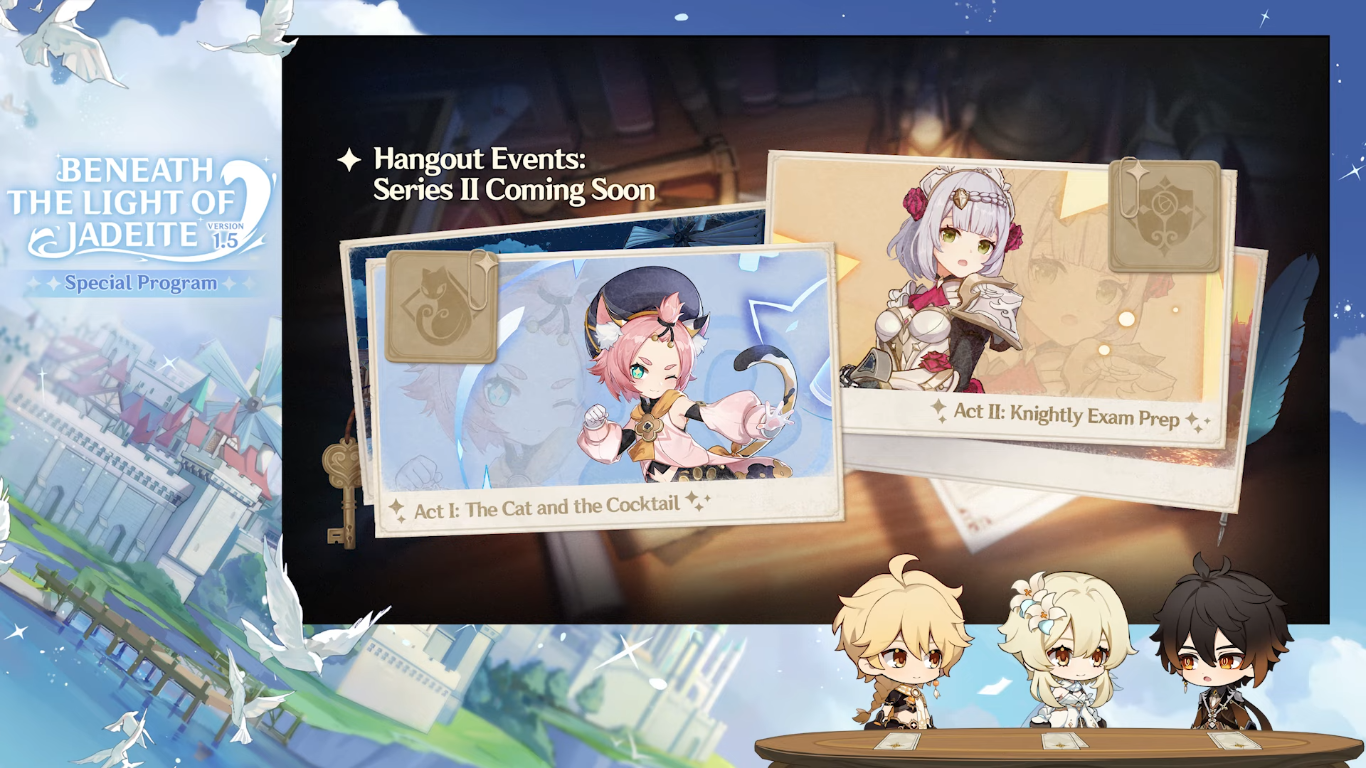 After Update 1.5 arrives, two new Hangout Events acts will be added into this visual novel mechanic, this being Diona’s “The Cat and the Cocktail”, and Noelle’s second Act “Knightly Exam Prep”, for players to enjoy. 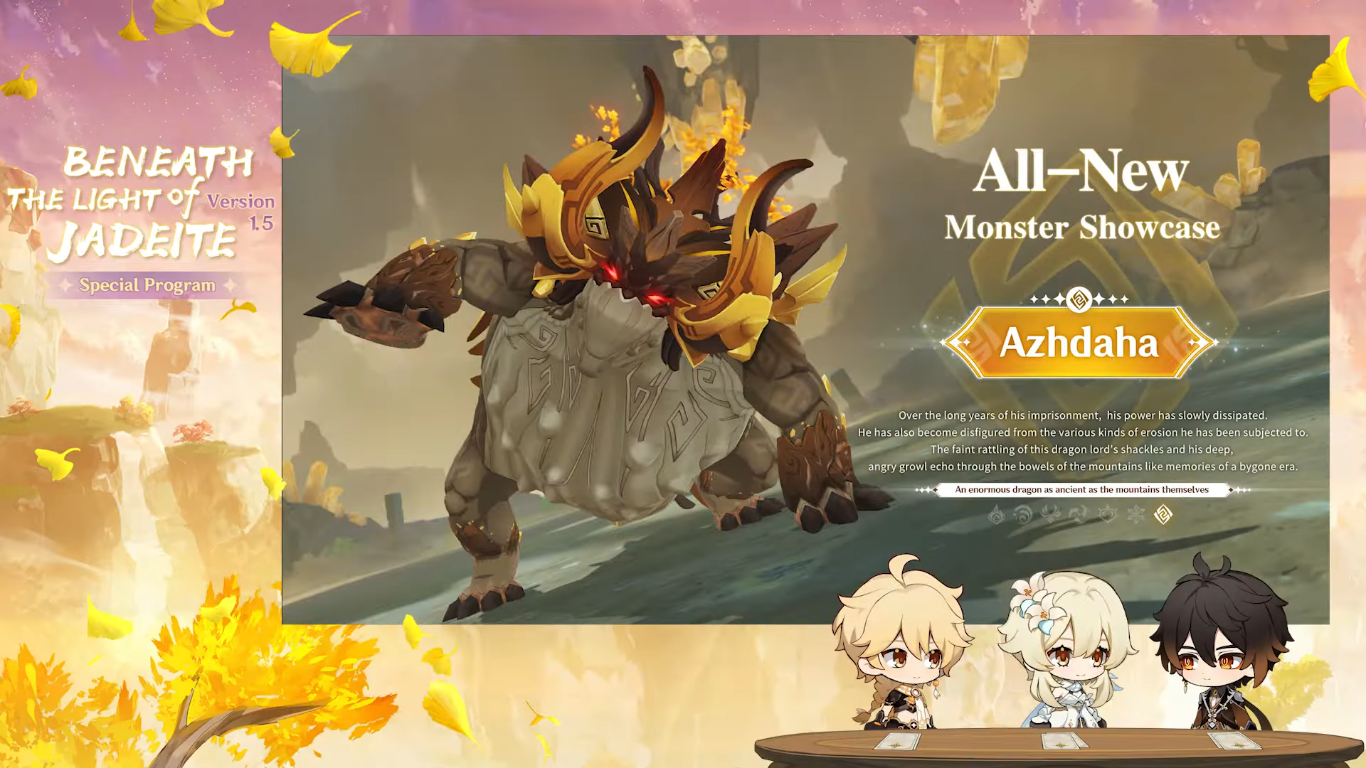 As we mentioned recently, Azhdaha, a giant Geo dragon will make its debut within the Zhongli’s storyline in a cavern known as the Dragon-Queller and has some similar traits to the Geo Vishaps that were introduced on Update 1.3.

However, Azhdaha has the particularity of being able to change elements in combat, along with the surroundings of the Domain, so there will be a variety of conditions you will have to deal with. 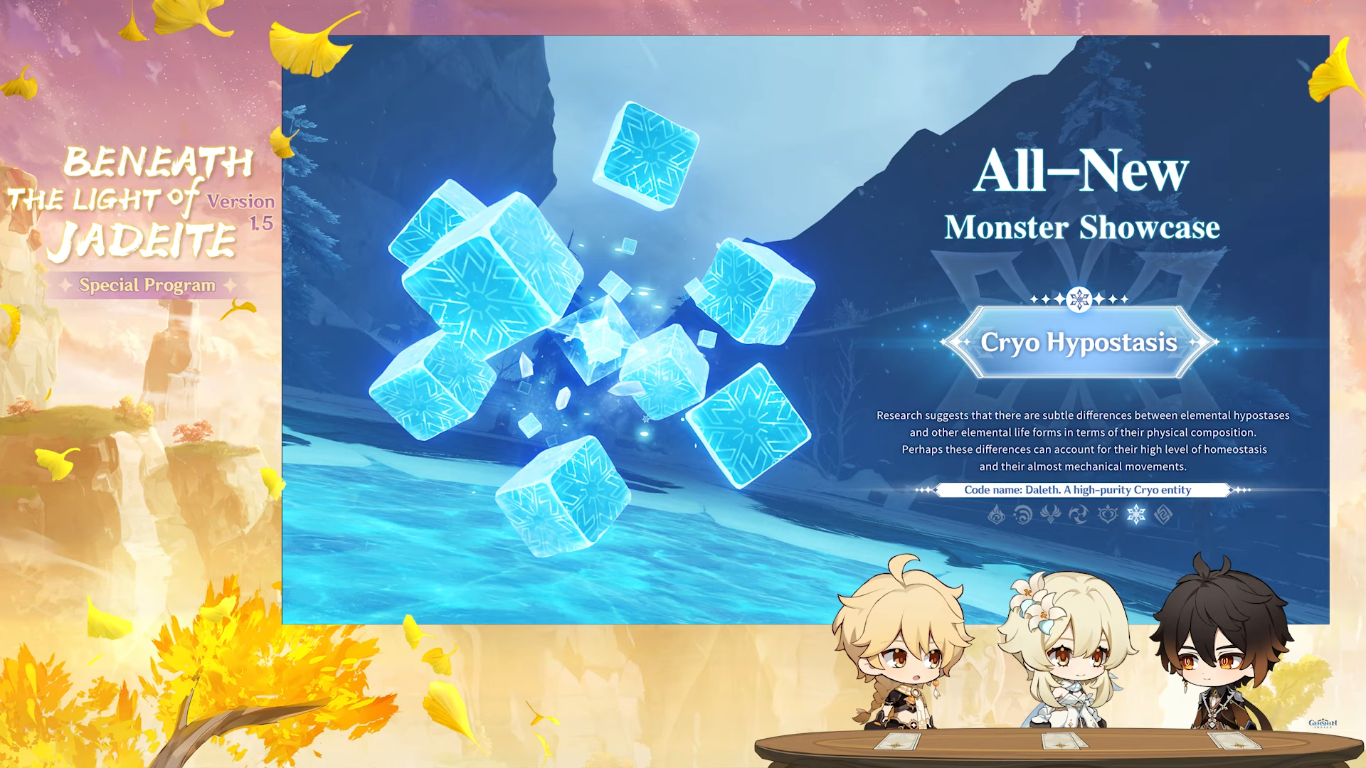 Hypostasis are elemental creatures with great power which appear from time to time around the map. As part of the update, a new type of Hypostasis will be appearing as a World Boss, the Cryo Hypostasis.

When the Cryo Hypostasis reaches low HP, it will enter a shield to protect itself and recover from the damage, while it will also attack its enemies using a wide variety of Cryo attacks. 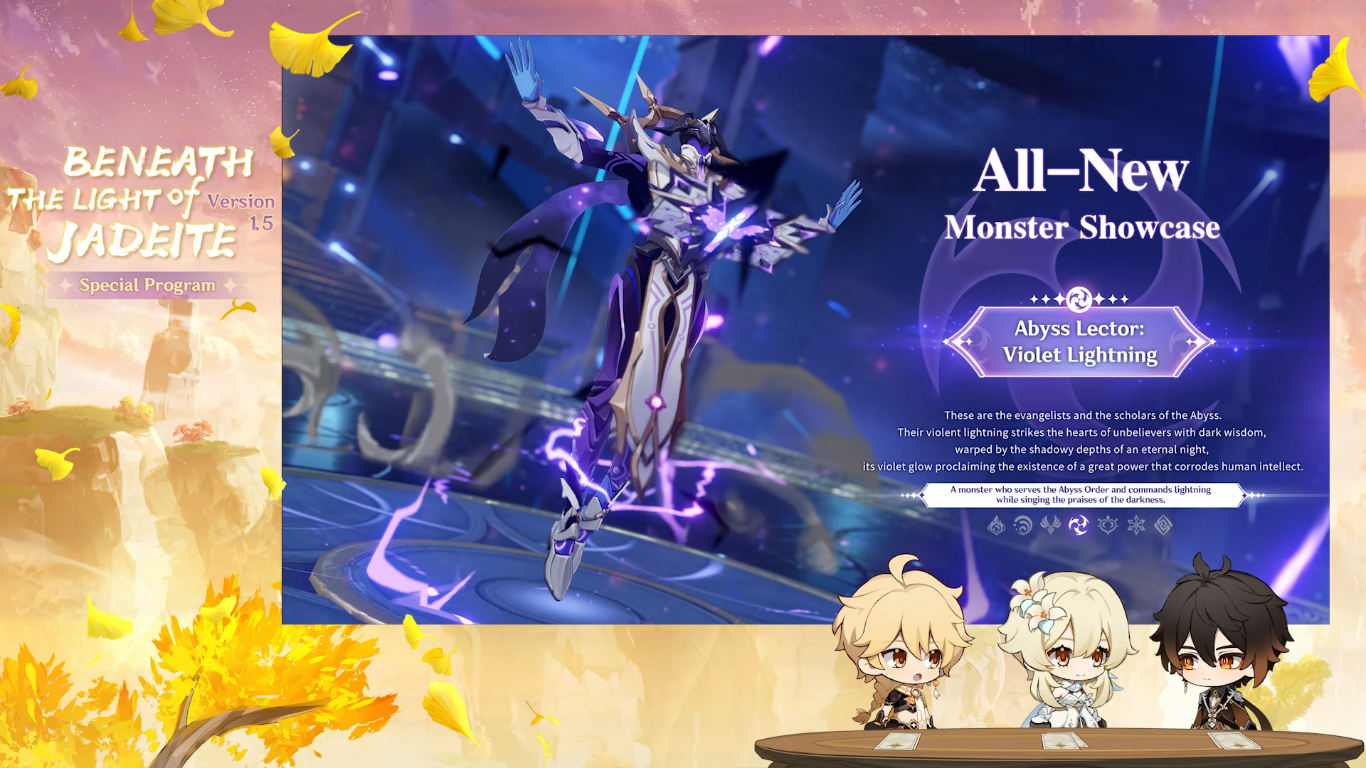 One of the Abyss Order’s elite monsters will also make its debut in Version 1.5, known for its attacks that will decrease your characters ’Elemental Energy once they hit their opponents, so be sure to dodge those.

Unlike the Abyss Lector introduced in update 1.4 which had assassin feats, the Violet Lightning will have more mage-like abilities, as well as manipulating the Electro element instead of the Hydro from the Abyss Herald.

And that’s all about the new monsters introduced in this new update, which will be available on 23rd April.