by
Matthew Miter
The organization says it plans to handle the matter "internally". Astralis released a statement, in which it declares to be dealing with Hampus Mikael "promisq" Abrahamsson’s toxic behaviour. 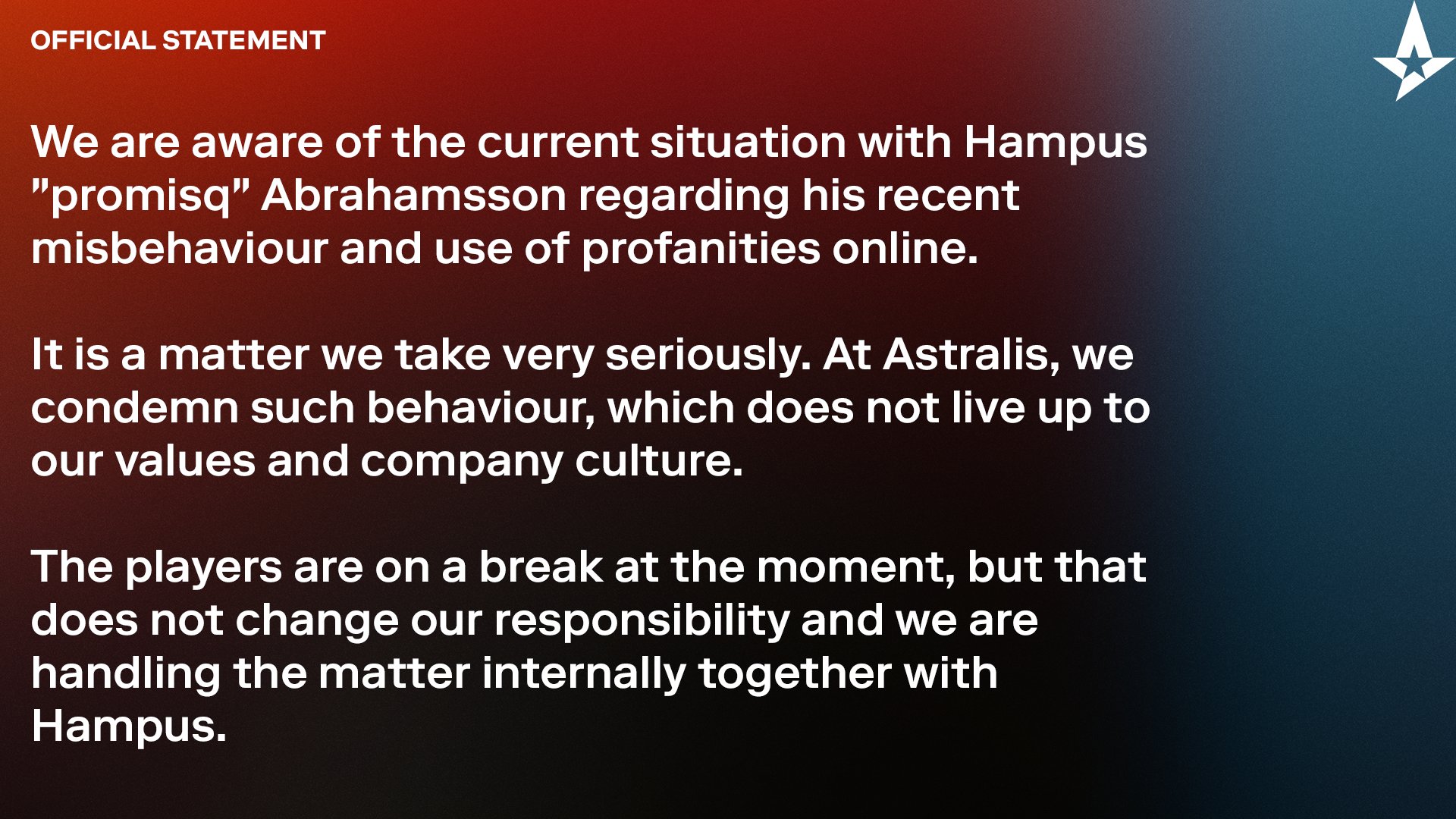 “We are aware of the situation with promisq’s misbehaviour and use of profanities online” we can read on the team’s social media accounts. “It is a matter we take very seriously. [..] It does not live up to our values and company culture” Astralis adds.

The team members themselves are in a middle of a player break, hence there are no specific details on the eventual punishment for promisq, which hasn’t probably been decided yet. Although, the organization promises it is taking action, “we are handling the matter internally together with Hampus” we can read in the announcement.

The case first came out publicly on Thursday. One of the users of League of Legends' subreddit made a post, highlighting promisq’s toxic behaviour on the game’s solo queue ladder. The player wished others cancer, called others “brain-dead Asperger child”, and also threatened to “run it down”, which basically means throwing the game away in LoL’s slang.

Adam Harney on TwitterPromisq threatening to run it down + banning the champ I'm hovering.Must be easy to have an ego when your biggest claim to fame is winning a tournament you didn't play in. @RiotSupport pic.twitter.com/JL8PIQNlqx— Adam Harney (@EragonUK) April 15, 2021Adam HarneyTwitter
Veigarv2 on Twitterits rather known that i was diagnosed with aspergers irl , i wanted pyke to hover me for zed lane and he asks me how hard i got dropped as a child and calls me braindead asperger cp child :-) this is like 2 months old, im not perfect either but for sure he should calm down pic.twitter.com/SiSL3nN05C— Veigarv2 (@Veigar_v2) April 15, 2021Veigarv2Twitter 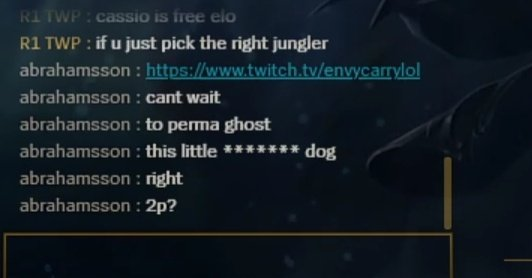 Riot Games haven’t responded yet themselves, but knowing the standards of the game developer, the investigation is probably taking place as we speak. What’s more, we can expect an individual penalty on a player in the nearby future. promisq himself is a former G2 Esports representative, with which he made history, by winning the League of Legends European Championship and Mid-Season Invitational in 2019.