K/DA's triumphant return is heralded by their latest single, The Baddest

by Daniel Conlan
“Call it a flex. K/DA's breaking rules and hearts with their return single, The Baddest.” - League’s hottest girl group make their return in style.

Published on August 27th, 2020
The wait is over, and K/DA have returned in style with their latest single “The Baddest.” With “diamonds on drip,” the single debuted on YouTube in a sleek lyric video, and is now live on all major streaming platforms. It is important to note though, that this has been dubbed a “pre-release,” and so likely has more to it than is currently in the video. You’ll want to stay tuned!

The Baddest has hints of K/DA’s POP/STARS single, especially in the cadence of its chorus vocals (just go listen to the flow of the phrase “real, real wild”) and more stripped back pre-chorus, but the harder, crunchier edge to the verses and varied rap styles is all new ground for the virtual K-pop stars.

The stylistic differences are part production - Riot’s music department puts out nearly every genre under the sun - and part courtesy of new contributing artists Bea Miller and Wolftyla. The new artists are stepping in to replace Madison Beer and Jaira Burns, who voiced Evelynn and Kai’sa respectively in the original line-up. 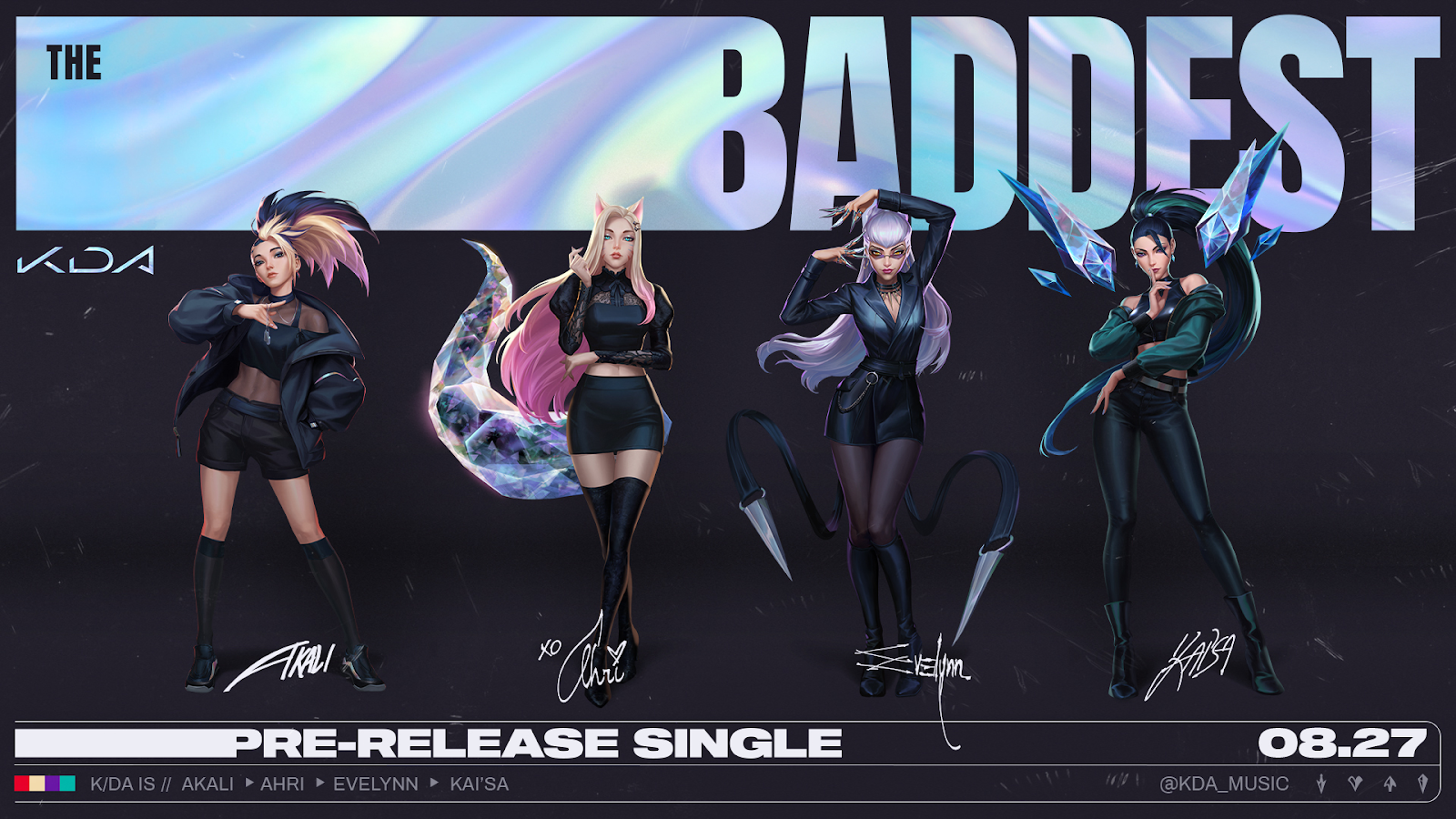 Not everyone is new however, as (G)I-dle’s Miyeon and Soyeon, K-pop superstars in their own rights, have returned to lend their voices and talents to hugely popular members Ahri and Akali. Indeed, where Madison Beer in particular distanced herself from K/DA, (G)I-dle embraced, even performing a rendition live at a recent show.

The Baddest comes as a teaser of a full EP yet to be released and only “coming soon,” nor have the rumours of upcoming champion Seraphine’s involvement been validated yet, though alleged leaks still abound. What has been shown in the video and on twitter though, is the band’s new style now that they’re literally Back in Black, with sharp new hairstyles and outfits that are sure to find their way into the game as full skins or at least chromas. 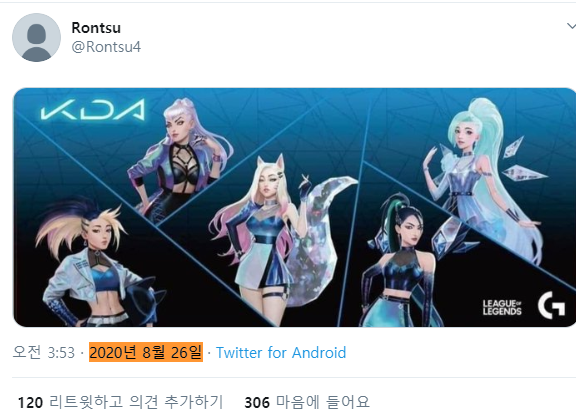 An alleged spoiler for Seraphine’s involvement in K/DA from a recently deleted tweet - whether or not it proves true will be shown in time. (Picture: @Rontsu4)

As for Seraphine and the rest of the EP, the K/DA fandom will have to live in suspense just a little longer.