New psychedelic, cyberpunk-infused PsyOps skinline for League of Legends has been announced

by Sam "Initia1ise" Hapgood
Someone find Harrison Ford and cue the Vangelis soundtrack; League of Legends channels Blade Runner, the Matrix and a healthy dose of Ghost in the Shell for its latest skinline. League of Legends is still in the throes of its Spirit Blossom event and its own well-received skinline - the second batch of which is set to release tomorrow - but Riot are already preparing to release another entirely new set of skins, namely the cyberpunk-stylings of PsyOps.

Master Yi, Shen, and Vi are set to receive 1350RP cost skins, while Ezreal will be receiving that and a prestige edition variant at the usual 100 prestige point cost. However, Sona’s PsyOps skin is allegedly coming with updated SFX and a level 6 transformation that sees her follow Morpheus’ instructions to unplug from the Matrix in impressive fashion, pushing her price point up to 1820RP. 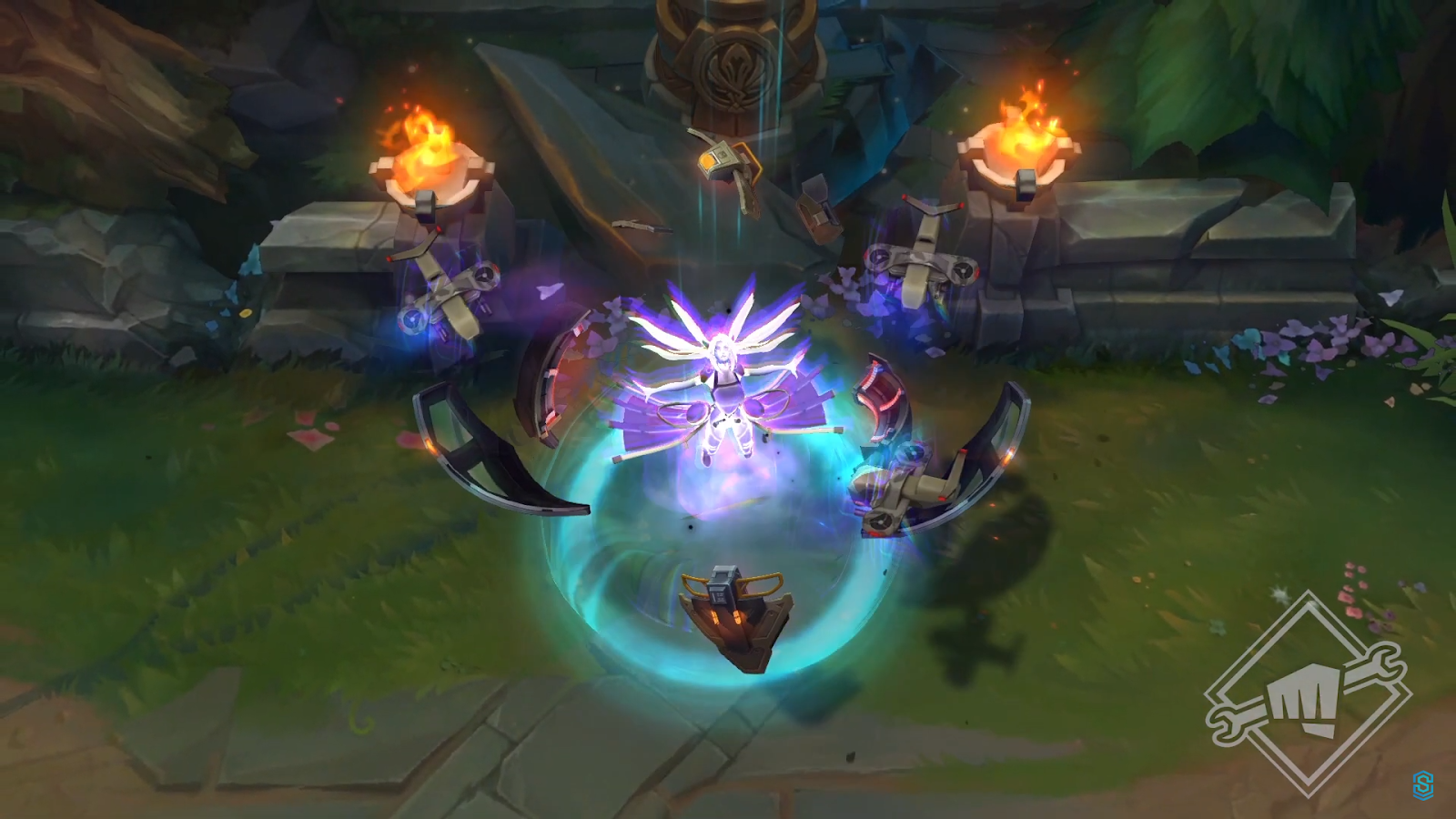 There have currently been no splash arts to accompany the in-game models that have hit the PBE server, but the models themselves are full of classic Sci-Fi stylings straight out of the Matrix and Blade Runner, and the glitchy, iridescent VFX are reminiscent of Ghost in the Shell and other Japanese takes on the genre. One can assume the splash arts will follow suit.

League of Legends certainly has its fair-share of cyberpunk-themed skins - the wide-spread Project skinline with its dystopian, robotic take on the far future and the more recently expanded Pulsefire, with its victorian-themed time police, are the first that spring to mind. PsyOps is a return to somewhat familiar ground, but definitely looks to take a different slant on the aesthetic, particularly with its focus on digital-ghost VFX.

Intriguingly, these skins were leaked by Brazillian streamer Streamie in a tweet that has since been deleted. She was also the source of a lot of the Spirit Blossom rumours that have since been proven true. Her claims that the next champion following Yone will be a Bayonetta-eque marksman by the name of Shamira may hold more than a little truth… time will tell.

The PsyOps skins are on the PBE server, set to release at some point in patch 10.17.

The current in-game models for the upcoming Psyops line.
All images courtesy of Riot Games.