by
Sam "Initia1ise" Hapgood
“Once upon a time, a seamstress made a darling little doll…” in a haunting new teaser, Riot unveiled new champion Gwen, a doll come to life. Chucky references abound. And what’s that about ties to Viego and Isolde? Published on March 26th, 2021
It’s not Isolde - not quite - but Gwen is now all but confirmed to be the next champion to be hitting Summoner’s Rift. She certainly isn’t shy of that Shadow Isles creepiness, either. 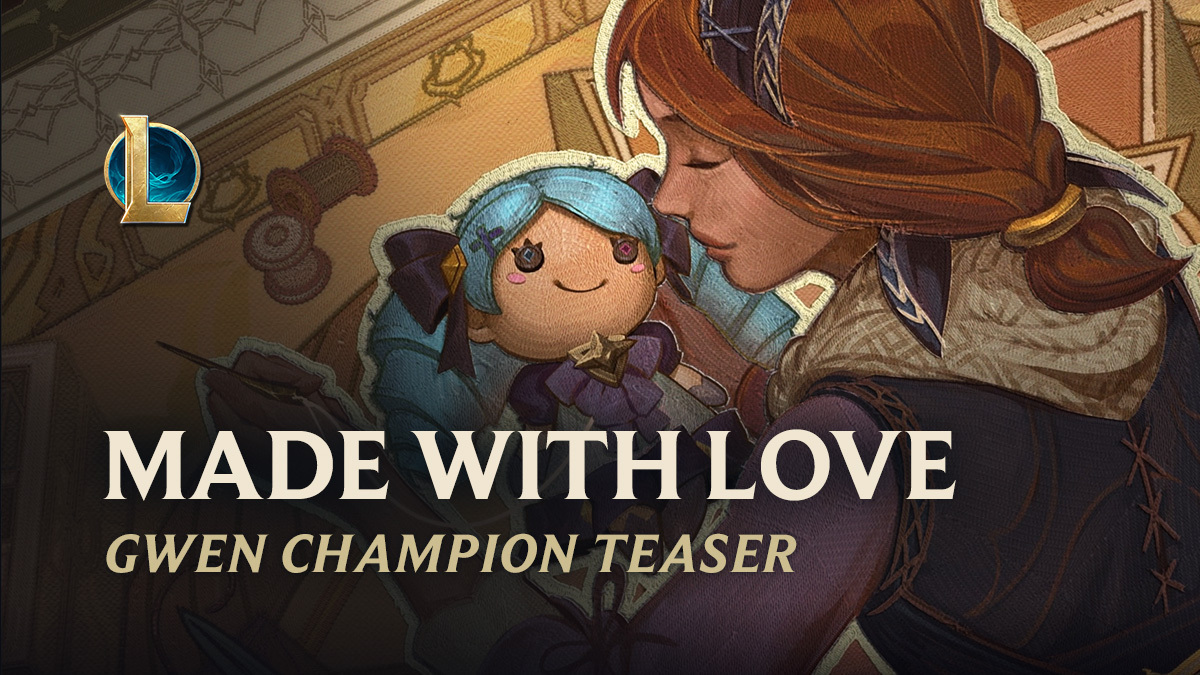 The teaser shows the making of Gwen, a beloved doll who loved her maker, and the happiness shared between her and her extended family. Then, as is the way of Shadow Isles’ characters, everything falls apart all too literally. While the doll loved her maker, Riot writes, “tragedy ripped them apart, sending the doll to sink beneath sea and sorrow.”

Made with Love | Gwen Champion Teaser - League of Legends

Of course, that wasn’t the end or we wouldn’t be here. Centuries may have passed for Gwen, but she was not daunted, “for she knew love would find her again.” An ominous statement for a haunted doll. Down at the bottom of the ocean, Gwen has found life again - to what end, we’ll have to wait and see.

We still know nothing about what Gwen’s abilities will entail, but the imagery around haunted dolls and sewing gives a very strong thematic to work around. With a little imagination, one can see Gwen binding enemies with string, sewing allies back together, or even being taken down the “strings of fate” route by Riot. It might even see a resurgence of the Sewn Chaos skin line.

As a last note, it’s fairly obvious that Gwen’s maker is Isolde, the lost love of Viego, the Ruined King. Considering he’s currently possessing champions across Runeterra in a quest to revive his dead wife (see the Ruined skin line and cinematics) Gwen’s pretty much confirmed to be furthering that storyline. Looking deeper still, the rumour mill is suggesting Gwen might even be being possessed by a fragment of Isolde’s soul…

Further details and Gwen’s release date have yet to be confirmed. We’ll update with information once we know more