by Andrés Aquino
The League announced that a total of three LAN events will take place in the Chinese region involving the majority of squads in the Pacific Division. Published on April 14th, 2021
The Overwatch League announced that China will play host to a total of three offline events set to take place between June and August involving the five-team based in the country, which include the Chengdu Hunters, Guangzhou Charge, Hangzhou Spark, Shanghai Dragons, and Los Angeles Valiant.

With COVID-19 forcing the League to pivot from Homestands into an online format last year, with only a handful of offline events taking place in North America, the Asian region missed out on finally been able to see OWL teams duke it out in front of a live audience. 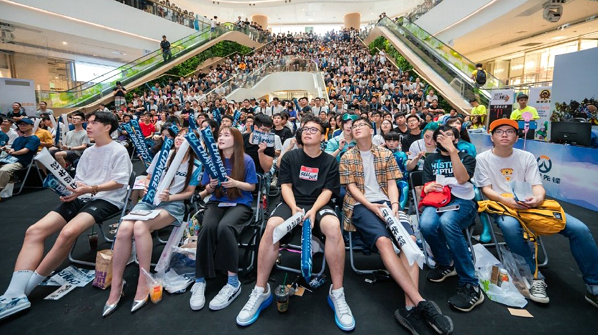 According to the press release, the three events will take place during the third week of qualifying matches before the monthly tournaments corresponding to the months of June, July, and August. The events will take place in a reduced venue capacity to comply with local safety requirements, the selected cities and dates are as follows:

As we've mentioned, all the China-based teams will make appearances in these events. In case they have a match against a South Korea-based team like New York Excelsior, Philadelphia Fusion, or the Seoul Dynasty, the Chinese squads will still play on stage, with the Korean representatives playing via a cloud server.

The Overwatch League is set to return for its fourth season this upcoming 16th April. Check out everything you need to know about it in our detailed OWL 2021 guide.