by GINX
Improve your game experience or make it more bizarre with some of the best mods found around NexusMods. After a more than successful launch by Capcom this past weekend, Resident Evil: Village has become one of the best games of the year marking a monumental comeback for the survival horror franchise, with an enigmatic setting and characters with great presence.

And while all the players are dealing with the main bosses of the game and especially Lady Dimitrescu, dozens of modders have been in charge of bringing new ideas for the game into a reality, bringing a more enjoyable or fun experience to this title, so here we bring you some of the best and craziest found within the well-known platform, NexusMods.

One thing that has been constant within the last instalments of Resident Evil has been the locked FoV and vignette coverage, something that has caused a little trouble among the players due to the motion sickness it can cause among the chasing and action of the game.

Thankfully, “Mace ya face” has created an answer against this by making a useful mod that allows players to customize their FoV, allowing you to get a better experience around your screen while also coming with vignette sliders to update this in real-time.

With separate sliders for everything and even an auto-saving in its options, this is the most downloaded mod at the moment with nearly 19,000 downloads. You can find it and try it yourself through this link. 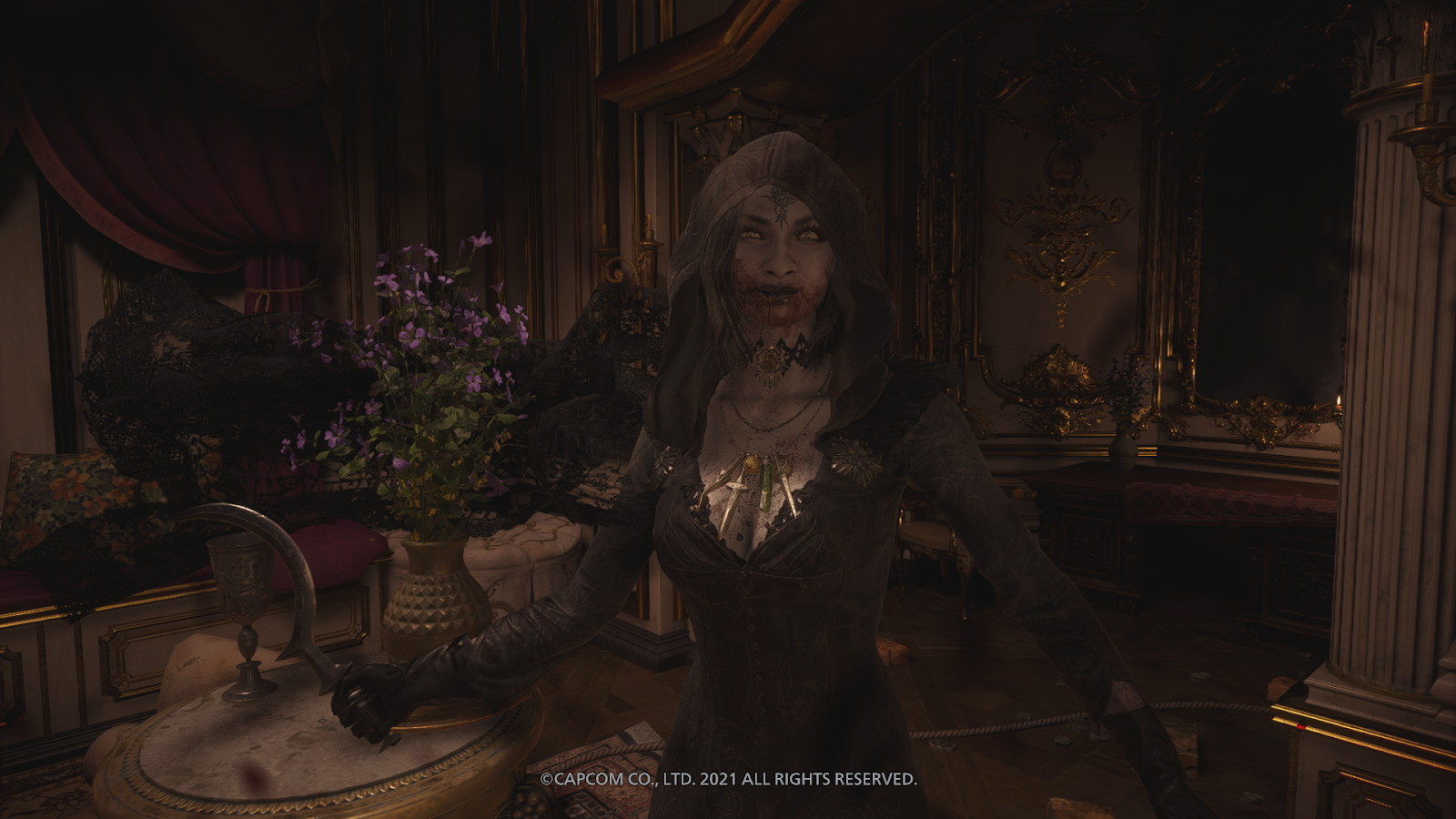 Even if it is a very simple mod, this has been one of the most requested from the players as this gets rid of the infinite flies around the daughters of Dimitrescu, so you can get a better look at Bela, Cassandra and Daniela in all their majesty.

Currently sitting at 1,824 downloads and created by Raq, you can get your hands on it through this download link. Some of the favourites around the RE community are those which replace the face or model of a character, with one of a previous title from the franchise giving a comedic but nostalgic sense.

Started as a concept to port Ada Wong’s model into Lady Dimitrescu, and changed due to troubles with her dress, this mod brings Ada’s face from Resident Evil 2: Remake into the madame vampire along with a fantastic change to her dress, going with a characteristic red from Wong’s habitual clothes. 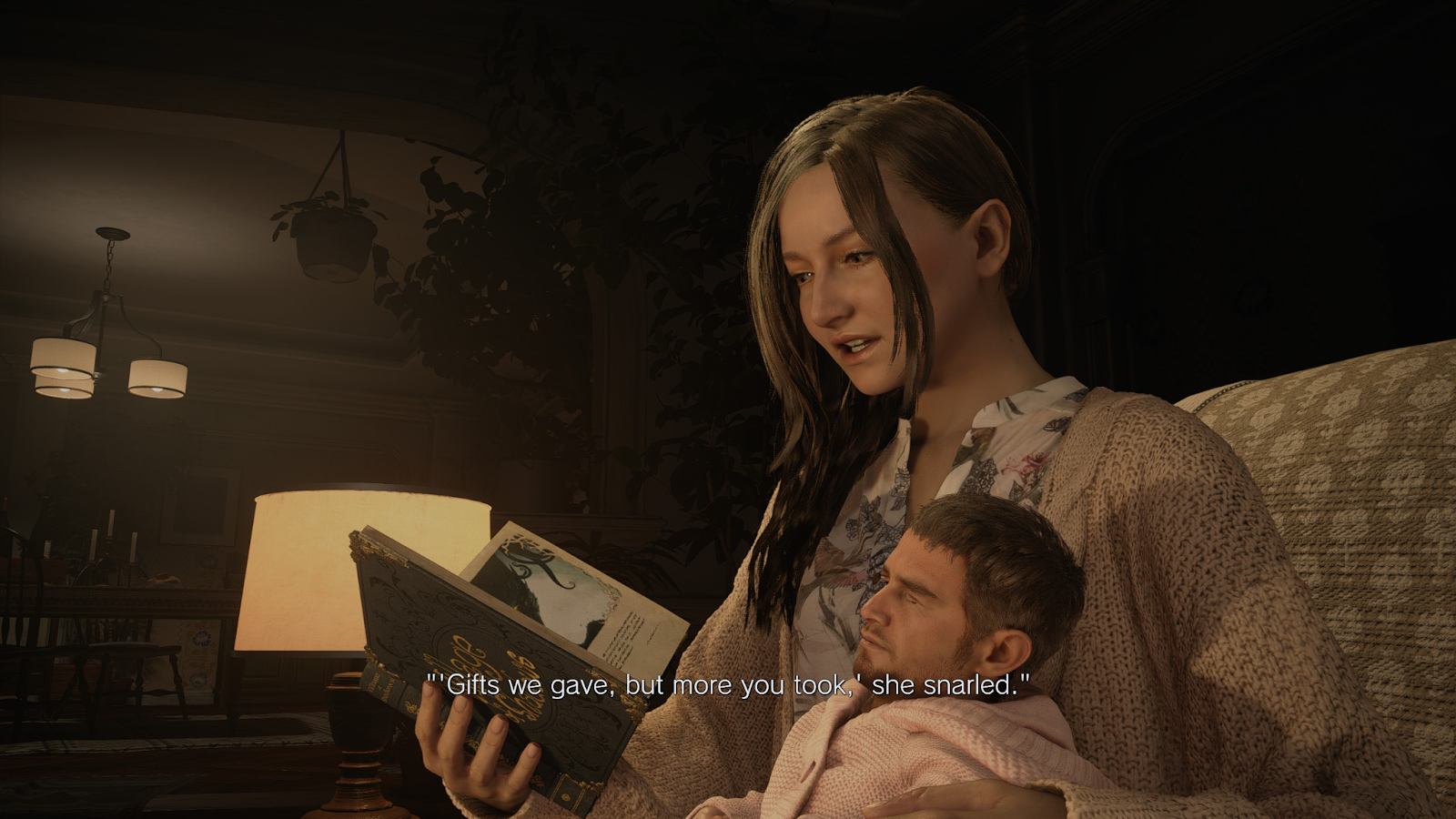 Moving onto one of the craziest ones, this mod created by JTeghius Kittius was born as a dumb joke that popped into my head, but that has transformed into one of the most memeable as it changes the head of Rose, the baby daughter of Ethan Winthers, into Chris’ head.

Going into a far stretch of the human imagination, this goes to a whole new level as the new baby’s face actually has facial animations, which goes even crazier when players realize Chris holds this same baby at the start of the game. Get your hands on this mod through this download link. To close this selection it’s time to see one of the most bizarre but also common in any video game. Created by Crazy Potato and inspired by many others based on this character, this mod transforms Lady Dimitrescu’s face into Thomas the Tank Engine.

Combined with an eerie smile and unblinking stare, the result is a mix between the strange, disturbing and hilarious, which leaves no one indifferent when you have to deal with lots of monsters and creatures that go above what you can expect in this game.

Even if we can cover at all every single creation, we want to feature these ones as they can create a better, funnier and even humbler experience:

Resident Evil 8 Village: How to stop Grinder in Heisenberg’s Factory