The independent team has been picked up by BS+COMPETITION, a German organisation making their competitive Rocket League debut with the signing.

Whilst the team was only formed a little over a month ago on 5th March 2021, Godsmilla’s Team really shocked the world during their Spring regional #1 performance achieving a top-four placement, a career-high for everyone involved.

The team is mostly “chasing the bag” as World Championship qualification is off the table with their fashionably late entrance to the competitive scene.

Godsmilla’s Team had been on the lookout for an organisation, especially after their groundbreaking top-four showing, as BS+COMPETITION decided to seize the window of opportunity, expanding their business.

It is rumoured the team and org began talks about the signing shortly after the first Spring regional since their second performance was not really contract-worthy, finishing in the bottom four teams of the tournament. 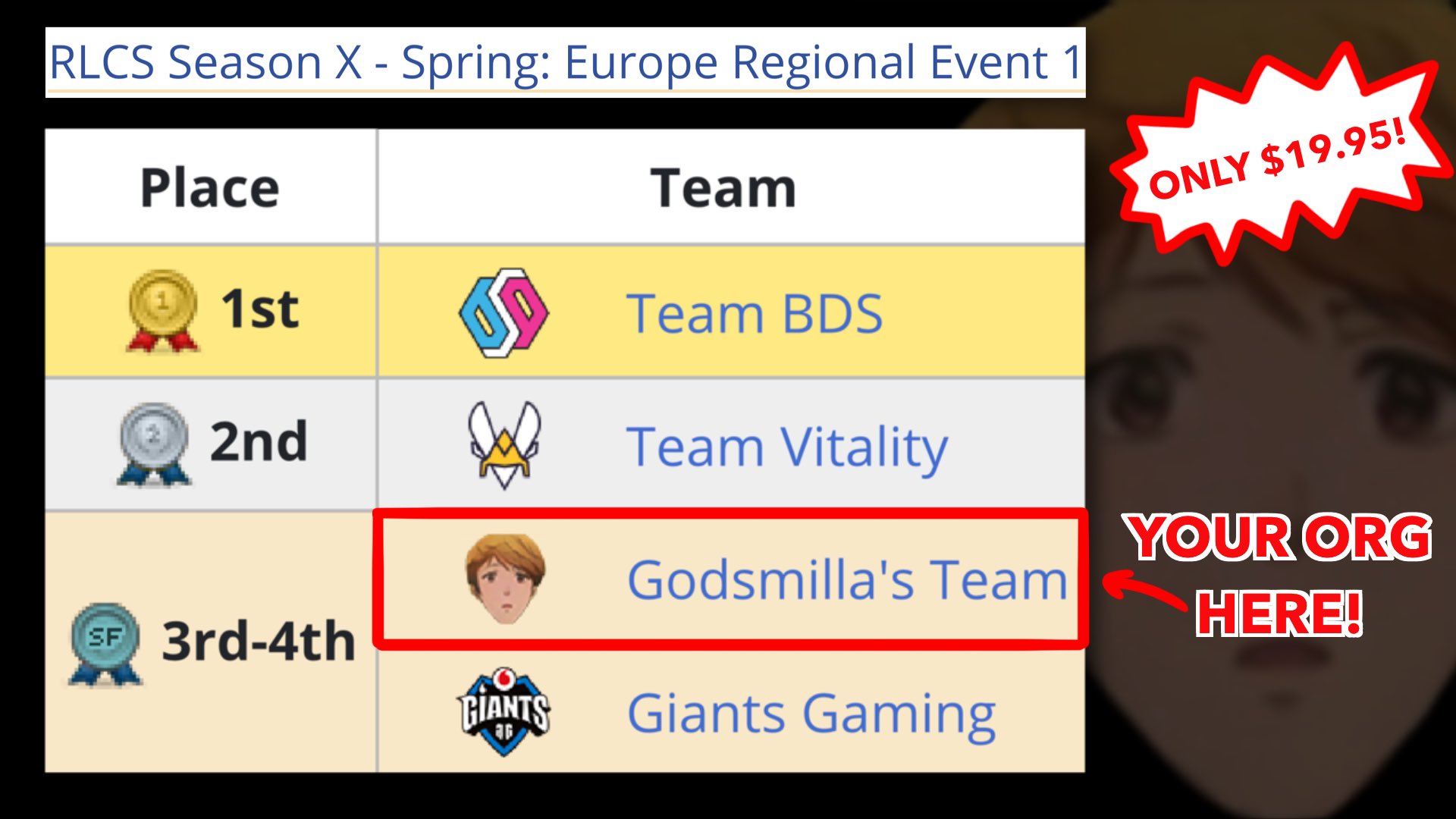 BS+COMPETITION are the official BMW Motorsport SIM Racing Team and is currently home to two competitive squads, including the signing of Godsmilla’s Team.

With only one more regional to go and a questionable qualification for the Spring Major, Godsmilla’s Team turned BS+COMPETITION will have a short road ahead to prove or disprove the effectiveness of this signing.