Wessel Minnie
Published: Feb 3rd, 2020, 10:49
At the start, Tekken 7 gives new players this illusion of power and skill, only to pull the rug out from under the player as they get smashed to pieces over and over again. That's why you should check out this Tekken 7 beginner's guide. When you play Tekken 7 for the first time, the game feels great and responsive, even if you just smash buttons against a starter AI opponent. However, when you actually try to improve at Tekken 7, you'll quickly realise that the game gave you a false sense of ability. 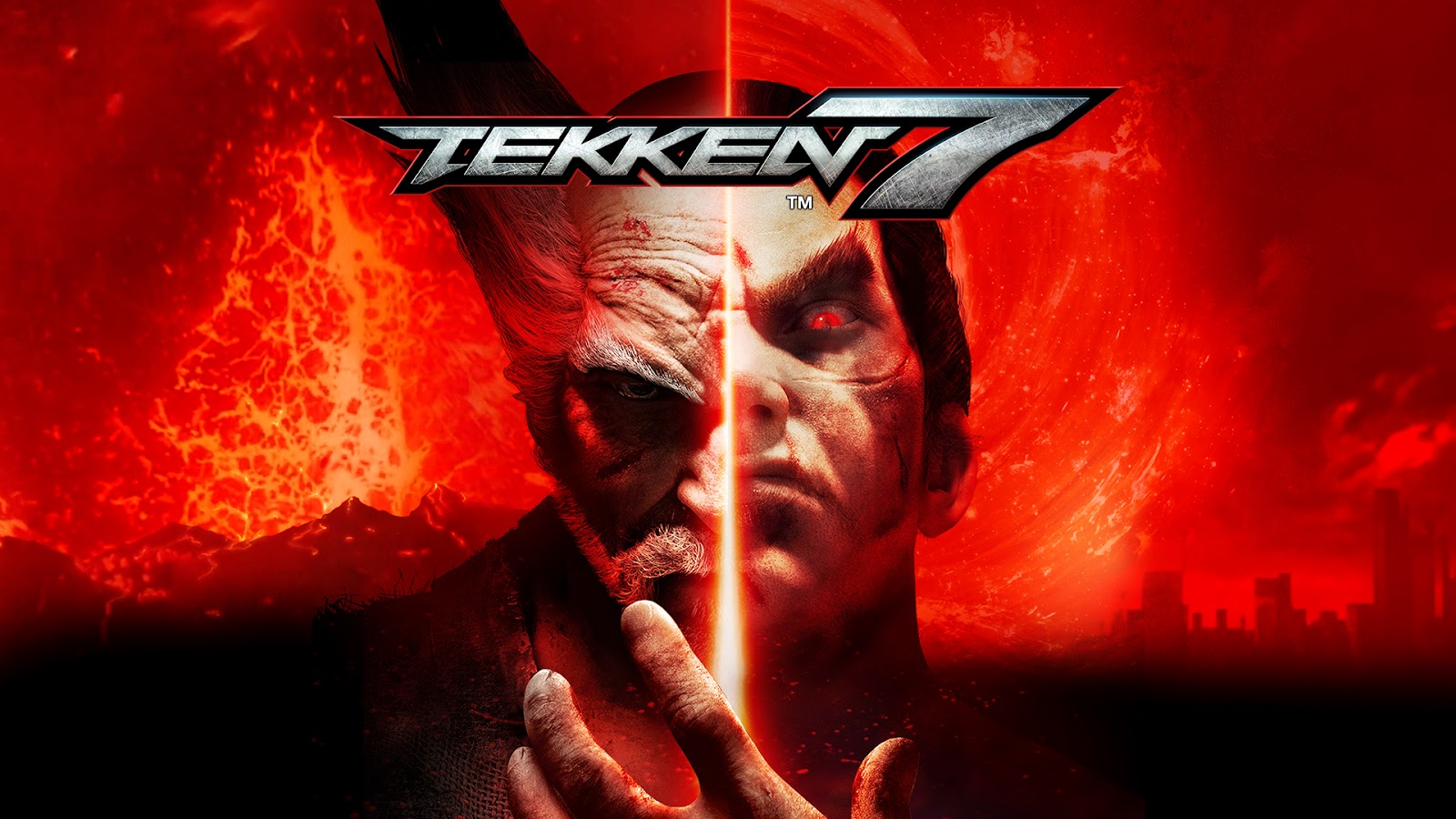 In our guide, we'll provide you with 7 essential tips for new players who want to one day leave their mark on the Fighting Game Community (FGC). Keep in mind that this Tekken 7 beginner's guide only covers the basics. Only with dedication and practice will you have a chance of becoming the next King of Iron Fist.

It is impossible to master all of the Tekken 7 characters in any reasonable amount of time and for the first tip in this beginner's guide, we've got three characters we suggest you get started with. It is always good to experiment with different characters and "know your enemy" but when you are an absolute beginner, you need a character that is comparatively easier to use.

The best defence is a good offence, right? That's where Katarina Alves comes in, as arguably the most beginner-friendly Tekken 7 character out there. Katarina Alves has some of the easiest combos to pull off in the game. She can dish out quick, powerful damage moves with relative ease. This is a very offensive character and best of all is that even her Hopkick is easy to pull off, while still boasting excellent range and crushing properties. It is important to note that Katarina Alves does suffer with regards to defensive capabilities, as she is unable to do a backflip and is vulnerable to "launchers" - which we will discuss later in this Tekken 7 beginner's guide.

Bob Richards is no doubt a great all-rounder in Tekken 7, allowing players of all skill levels to use him in a variety of styles. While Bob does have some weaknesses for new players, such as relying on a counter hit to launch, he makes up for it with an extremely strong wall game as well as poking ability. Bob is surprisingly fast for his size. With his command dash ability, he can quickly close the distance between himself and an opponent.

A suggestion list for beginner characters wouldn't be complete without Claudio Serafino. He is one of the easiest Tekken 7 characters to simply pick up and play for beginners. This is partly due to his reduced moveset that remains effective even at higher levels of play. He has an effective damage output and while not the best offensive character out there, his combos yield great damage especially when you kick things off with his powerful Hopkick. Just like the other characters on this suggestion list, he does have some weaknesses. Claudio doesn't have many low attacks and his poking game is poor.

As an example, controls for PS4 are as follows:

Armed with the basic knowledge of attacking, you can head into the Practice Mode and start learning some easy combos. We suggest you learn the basics of movement in a 3D space. 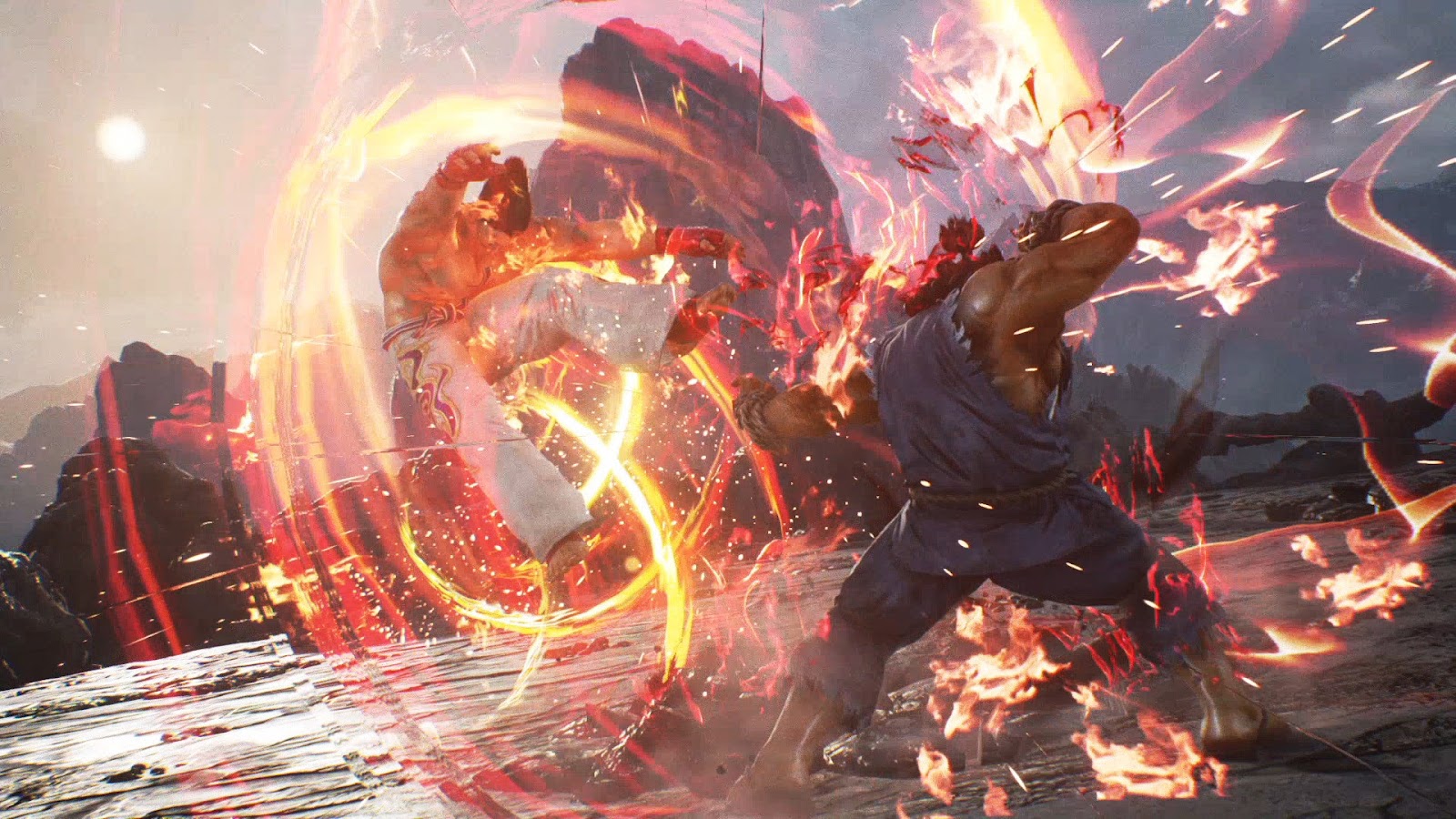 Movement in a 3D space

Now that we've covered movement, we can move on to blocking in Tekken 7, one of the essential aspects that you will need to survive. Battles take place in a 3D space. Because of this aspect of gameplay, things can quickly get more complicated than it seems. Basic, easily apparent movement includes moving backwards and forwards using the directional pad (D-Pad). However, you can also side-step in this 3D space to avoid incoming ranged attacks and a whole lot more.

Mastering the movement in Tekken 7 can quickly become a daunting task. This becomes especially difficult when using sidestepping and forward as well as backward dashes. However, incorporating these mechanics into your general gameplay is a must right from the start, as it will start to feel like a natural reaction over time. While movement is a great tool to have in your arsenal, sometimes it is best to stand still and block, which brings us to our next tip.

Blocking in Tekken 7 is very easy to execute. The only thing you need to do is press back on the D-Pad. However, it is an essential aspect during gameplay that shouldn't be overlooked. That is why it is imperative to learn from the tips below about blocking in our Tekken 7 beginner's guide.

There are two types of blocking in Tekken 7, namely Standing Guard and Crouching Guard. As per our section on attacking, there are three standard types of attacks, namely high, mid and low. Knowing which type of blocking move to use against which type of attack is essential in survival. In short, Standing Guard blocks both high and mid attacks, but then you leave yourself open to low attacks. Crouching Guard, blocks low and mid attacks while causing high attacks to miss completely.

The use of blocking in Tekken 7 exceeds simply mitigating damage, as blocking during the correct windows allows you to force your opponent into mistakes. The only real way to learn how and importantly, when, to block an attack is to get out there and play against a variety of opponents with different styles. The act of blocking might be very easy, but knowing exactly when to block is a skill that you can only learn from experience. 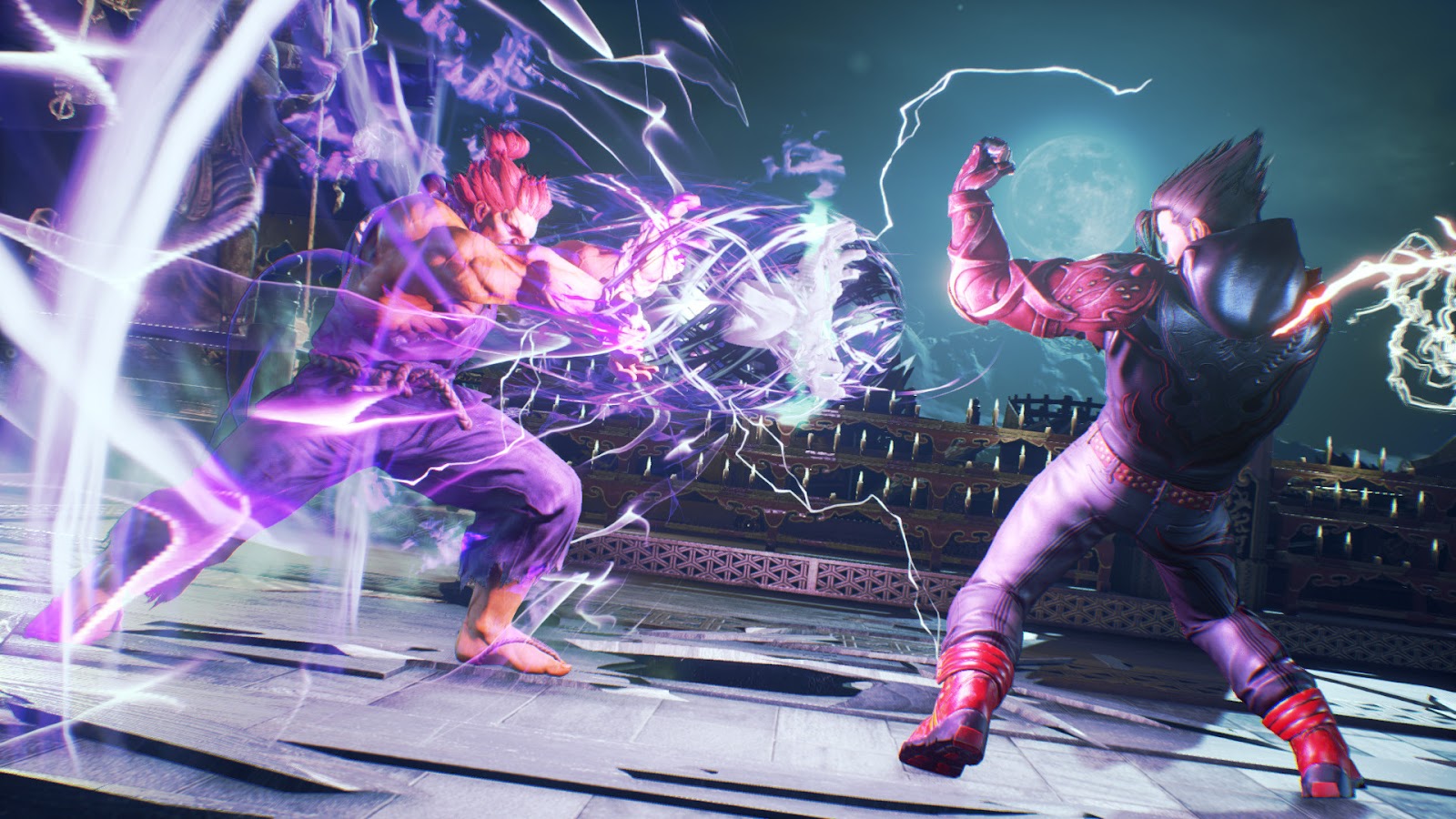 Launchers for the win

Launchers in Tekken 7 is the act of hitting your opponent into the air and it is an incredibly important skill to learn early on. The reason for the importance of launchers is pretty simple: it allows you to pull off combos while your opponent has their defences down. Most (but not all) characters have a launcher set to pressing down, forward and punch. There are a variety of launchers best learned for each character in the game's fantastic Practice Mode. See the final point for more info.

There are a plethora of launchers available in the game and some Hopkicks also launch your opponent, allowing you to chain some attacks while they are in a vulnerable state. The most important aspect to remember, however, is that nearly every move can be countered or interrupted. With that in mind, you need to head into Practice Mode and learn each launcher's details. For example, if they are middle or high and therefore, which one to use depending on your opponent's stance. 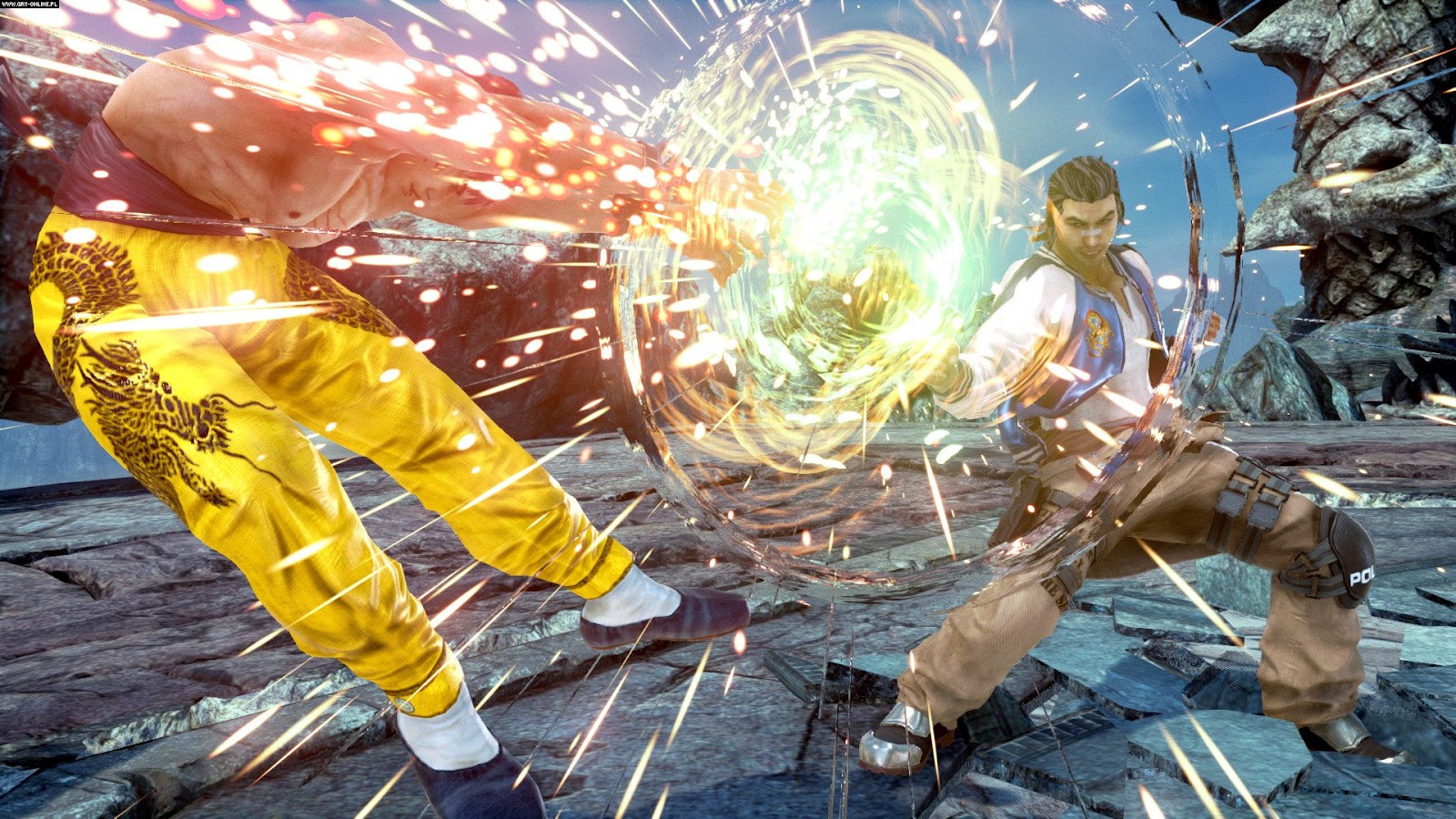 The Art of Rage

A beginner's guide to Tekken 7 wouldn't be complete without talking about the game's rage system. The rage system is essentially divided into two main aspects. First, we have Rage Arts, which can be considered the game's version of super moves. When you drop below 20% health, you will notice your health bar start to flash. This means the rage system has been activated. When activated, you can perform specific attacks called Rage Arts. These Rage Arts do a massive amount of damage if you pull off a specific command set. Saying that, however, you need to make sure your Rage Art is going to hit because if your opponent blocks it, you will be left open for a whole lot of punishment.

A safer option is Rage Drive, which is not an entirely new move but instead, an amped-up version of regular moves, allowing the player to inflict additional damage on their opponent and even extend combos. Many of the Rage Drives available are safe from opponents blocking and counter-attacking. Only through a lot of practice will you notice when it is the best time to use a Rage Drive instead of a Rage Art, which brings us to the final point in this Tekken 7 beginner's guide.

As with any fighting game, practice makes perfect. Therefore, it is essential that you head into Tekken 7's Practice Mode. This mode allows you to practice all the previous points in our Tekken 7 beginner's guide and more. You have access to visual queues for all combos, special moves and launchers. The Practice Mode also provides you with a variety of options and what stances your opponent should take. You can even set your opponent to mimic all your movements.

This is where you truly start to understand the intricacies of the game and how deep it really is. You can go deep into hit parries, set your opponent to guard or perform certain attacks and so much more. Tekken 7's Practice Mode is one of the most advanced out there. When you get the hang of it,  you can up your game to a whole new level. Just don't feel intimidated by all the options available at the start and decide to focus on one aspect at a time.

So there you have it, 7 essential Tekken 7 tips for beginners. There is still much to learn such as frame pacing for each move and a plethora of combos to practice with. However, this beginner's guide should put you on the right path to become a better player. Keep at it and remember,  Tekken 7 is a difficult-to-master fighting game.