Nikola Savic
Published: Apr 12th, 2021, 15:17
The floating city above the planet Psamathe apparently used to have no barriers, but players kept falling to their death. Back in November last year,  Apex Legends Season 7 introduced the third map added to the battle royale, known as Olympus.

This beautiful floating city features a lot of innovative and never-before-seen mechanics in Apex Legends, including the Trident, Apex Legends’ first vehicle, and a lot of open space around the map.

And while the map's design focuses a lot on open space and seemingly a lot more freedom than is the case with Kings Canyon and World’s Edge, players quickly realized that the map doesn't offer a lot of vertical movement, which was expected from the map high above the clouds.

Nonetheless, thanks to the creativity of some players and Octane's Ultimate Ability Launch Pad, players were able to discover the so-called "Octane Suicide Jump" move.

There is a specific spot on the map which lets you use Octane's Ultimate to jump across the edge and end up under the map.

This can have various strategic uses and it is not clear if it is intended to work like this, or it is a glitch that can be abused, but since it has been revealed, many players are trying to perform that move.

And some have discovered other interesting interactions, like Reddit user u/JuanMT541 and his friends when they tried the same trick. 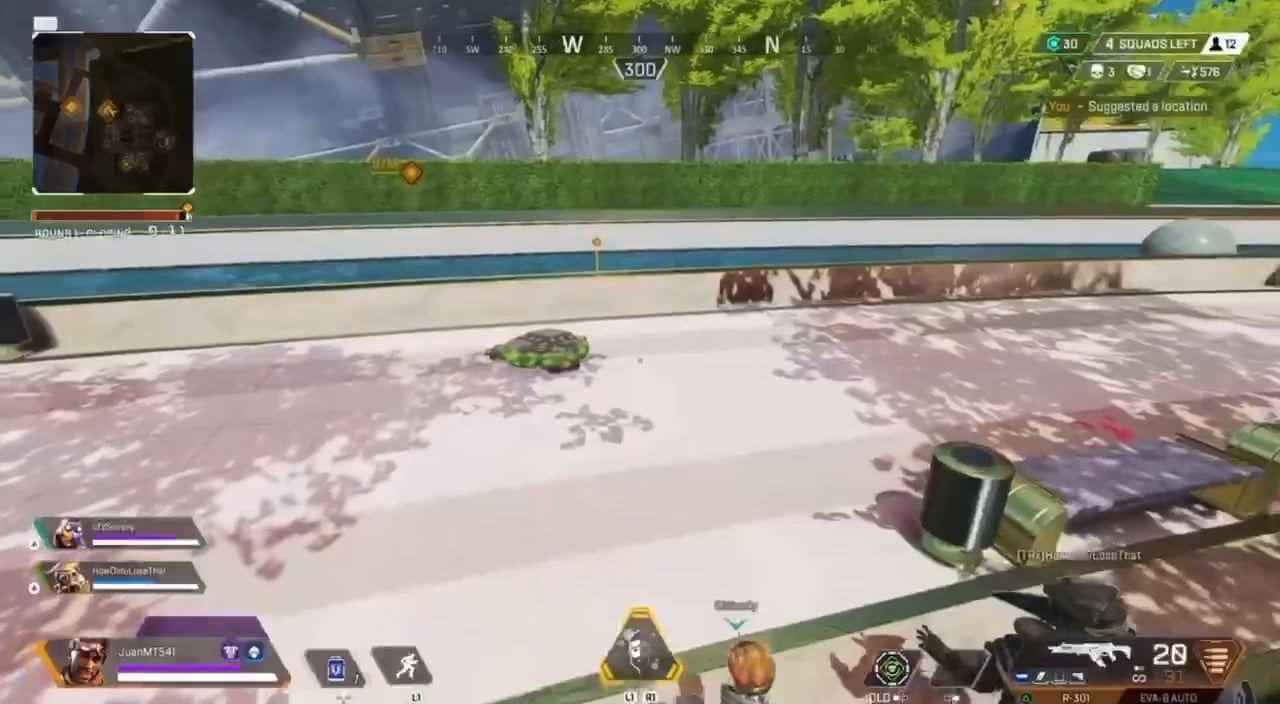 r/apexlegends - So I tried the octane suicide jump and I need an explanation?17,985 votes and 329 comments so far on RedditJuanMT541reddit

It seems that even if you fail to perform the jump, there is some invisible ledge that lets you continue jumping and eventually climb back to the edge and survive.

The thread became quite popular on Reddit and players quickly noticed the inconsistency with how fences behave as most of them are unclimbable, and yet in this situation, the player climbed back right from the abyss.

This was a perfect opportunity for StryderPilot, who is a senior level designer at Respawn, to engage in a discussion and explain what lies behind that decision. As it turns out, the map originally had no barriers at all, which aligned with one of the core design elements of Olympus: a lot of open, non-playable space. But, during the testing phase, players were constantly falling to their death, even though they knew that they will die if they cross the fence.

"When the fences were being tested, players climbed over them to their death. We let the fences sit for a few more weeks and this was still a constant complaint," StryderPilot wrote. "We learned that if some players see playable space through the fences and that they can climb them, then they assumed it must be safe on the other side." Eventually, as players continued falling to their deaths, they've made a decision to put a non-climbable clip on the fences to prevent players from going there and falling, and according to StryderPilot, that worked really well and test players stopped complaining about it.

"This was a compromise we needed to make because while some players will see a pit and avoid it, others won’t depending on the situation (in combat, outrunning the circle, abilities blocking sightlines...etc.)," StryderPilot explained.

He added that they even tried to experiment with some other solutions, like using lava float triggers from World’s Edge, but ultimately decided against it as it gave players too much mobility.

So there you have it, that's the explanation why you can't climb on fences when playing Olympus. Some players simply can't resist the call of the abyss.